One of Queensland’s most senior police officers has resigned after using the phrase “vagina whisperer” in a speech to his colleagues after a day of dramatic testimony at an Inquiry into police responses to family and domestic violence.

Friday marked the resignation of deputy commissioner Paul Taylor after a Commission of Inquiry determined that he and chief superintendent Ray Rohweder made inappropriate remarks at police leadership conferences.

Katarina Carroll, the police commissioner of Queensland, was questioned by a Commission of Inquiry into Queensland Police Service Responses to Domestic and Family Violence when the revelations surfaced.

She faced allegations that the Queensland police officers have a sexist, racist, and misogynistic culture.

One officer with expertise testified that 90 percent of sexual assault and rape claims were “manufactured” or that the women who reported alleged crimes had a “misunderstanding.” In an official speech, Mr. Taylor used the term “vagina whisperer” to characterize a friend of his who is a well-respected gynecologist.

The Courier Mail stated that Chief Superintendent Rohweder hurled an unacceptable insult at a Master of Ceremonies during a separate function.

He has not, however, resigned.

It is believed that he yelled from the audience to the MC, who had face stitches, saying, “Did she close her legs on you?”

Commissioner Carroll acknowledged during the Inquiry that Chief Superintendent Rohweder also quipped that the officer with the stitches had endured a “tough promotion process,” meaning that he had engaged in oral sex with a senior female officer.

His attempts at humor caused some audience members to leave the event.

The Inquiry also heard that a Queensland police officer with 20 years of experience claimed that 90 percent of rape and sexual assault claims were either fabricated or submitted by women who lacked understanding of these crimes. 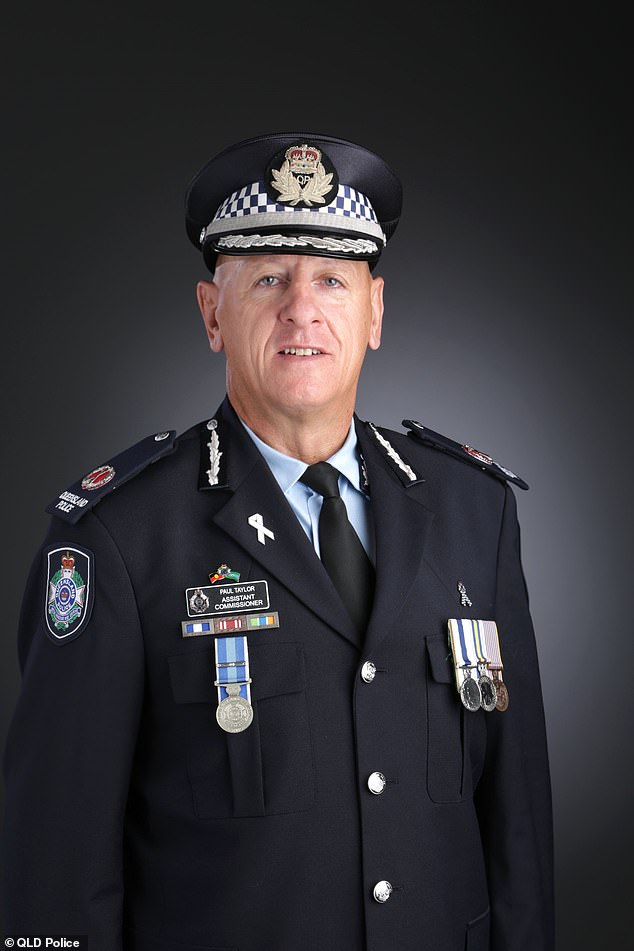 He argued that the true motives were frequently “retaliation for a breakup,” a lack of sexual enjoyment, or mental instability.

The officer wrote in his submission, “Common complaints include, but are not limited to, too drunk to remember consenting, feel sore, so something must have happened, don’t know if raped or not but thinks something happened, woke with no clothes on, seeks empathy from others, has a partner and feels guilty, can’t decide if she consented or has regrets after drinking, so it must be rape.”

Commissioner Carroll stated that the officer’s comments were “totally unacceptable” and that he “misunderstands” the situation.

After both persons were named during the Inquiry’s sessions, Mr. Taylor resigned.

Commissioner Carroll disclosed to the investigation that she personally counseled Mr. Taylor on his language usage.

Mr. Taylor wrote in an email to his coworkers, “It was never my goal to hurt anyone, and I sincerely apologize for the harm caused.”

“I am heartbroken by the effect this has had on the service’s reputation, as it neither reflects my values nor those of the organization,”