Paul O’Grady said he departed his 14-year career on BBC Radio 2 because he ‘wasn’t really comfortable’ sharing his time with Rob Beckett. He is the latest celebrity to leave the company. 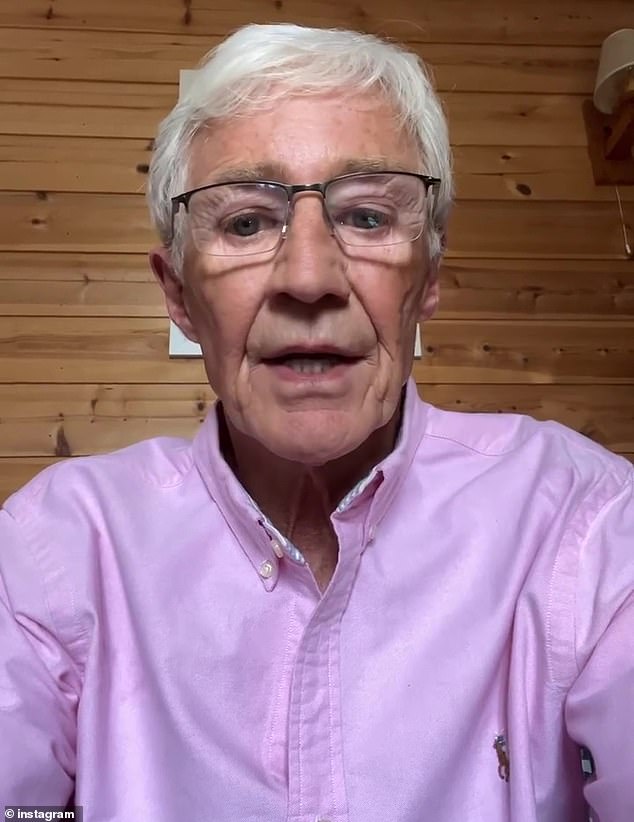 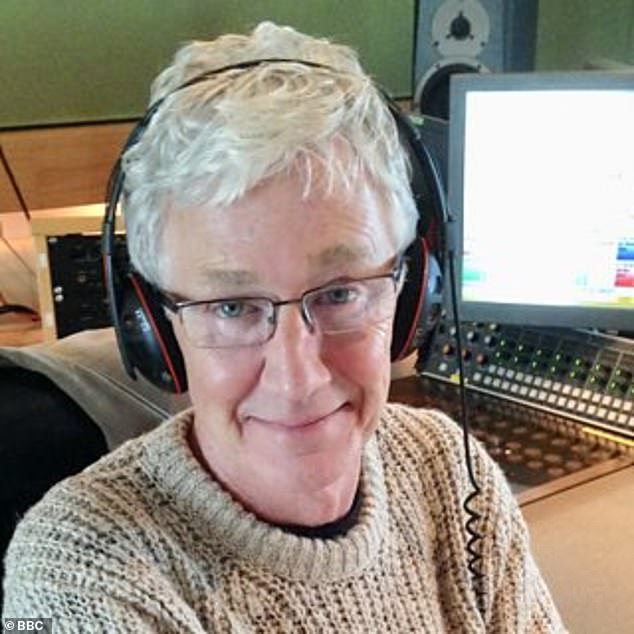 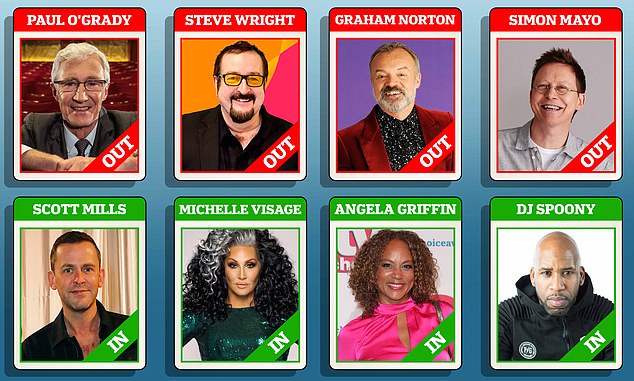 Yesterday, the broadcaster presented his final Sunday evening 5-7pm stint following a three-month exchange with the comedian as part of a shake-up. Mr. O’Grady explained to his Instagram followers: ‘I’m departing because I wasn’t satisfied with the 13-weeks-on, 13-weeks-off schedule.

So I did the right thing and honored my contract by submitting my notice, and I am now leaving.

“Many thanks and best wishes to everyone at Radio 2, and long may it continue.”

During the 546th episode he has hosted since 2009, the presenter paid thanks to his longtime producer and signed out with his signature catchphrase: “Ta-Ra.”

Last week, it was reported that BBC executives are replacing older ‘baby boomer’ DJs with the likes of Scott Mills, DJ Spoony, and RuPaul’s Michelle Visage, who would play classics from the 1990s rather than the 1960s and attract younger female listeners.

Mr. O’Grady, who also acknowledged followers on social media and his producer Malcolm Prince, said, ‘I’ve been really fortunate throughout my career to have worked with some outstanding producers, and trust me, Malcolm is right up there.’

Friends by Bette Midler played as he concluded his last Radio 2 broadcast on Sunday.

He said on Radio 2: ‘This is the last Paul O’Grady Sunday program ever on Radio 2. It’s difficult to say this, Malcolm, since over 14 years have passed.

‘Are you aware that this is one of the longest jobs I have ever held? I simply intended to work with Elaine Paige for a few hours, but look what transpired!

Anyway, I always used to say I was escaping from the building and there was a huge bubble that would grab me on Oxford Street and bring me back like a prisoner, but it’s not today and I’m free to go.

He said, “From all of us here, myself, Malcolm, and everyone else, thank you for listening to these 546 programs. So take care of yourself and be safe and healthy. “Ta-ra, everyone!”

After O’Grady’s resignation announcement, incensed supporters have accused the company of ageism.

Experts in public relations believe that the rearrangement is an effort by the station’s management to rebrand the station by replacing the ‘old guard’ – Tony Blackburn and Craig Charles – with younger talent, such as former Radio 1 DJ Scott Mills, 48.

They noted that the BBC was offering celebrities who may appeal to the so-called ‘Instagram generation,’ such as Visage, 53, Waterloo Road actress Angela Griffin, 46, and DJ Spoony, 52, the opportunity to host lucrative Friday and Saturday night slots.

They cautioned, however, that the reorganization might “alienate” older listeners and drive them to Radio 2’s rivals, such as Smooth, Heart, and Gold, which are owned by Global.

BBC sources have previously said that the company has been targeting women between the ages of 35 and 45 as a crucial demographic, referring to them as “mood mothers.” They said Radio 2 was attempting to attract a younger audience by encouraging DJs to play less music from the 1960s and 1970s.

PR professional Rochelle White told MailOnline, “There will be some resistance to these adjustments.” No one really handles change well, is that correct?

I believe this is all about bringing in fresh blood and getting rid of the old. It seems that this is an effort to attract Millennials and Generation Z, and they may be attempting to accomplish so by giving prominent social media personalities more airtime.

‘There is also Michelle Visage from RuPaul; maybe the BBC has replaced one model with a fresh one.

I also wonder how much of this has to do with the license price and the current dispute between the BBC and the government. In addition, the BBC has received negative publicity over impartiality, etc.

‘Perhaps they’re attempting to get young people to stay with the BBC in order to demonstrate to the government that the BBC is popular and worth the license price. There is no need to modify it. Perhaps some of it is also occurring.’

Vanessa Feltz, 60, resigned from her broadcasts on Radio 2 and BBC Radio London after almost 20 years as host.

The 60-year-old broadcaster, whose salary of almost £400,000 puts her the BBC’s eighth-highest paid, has resigned from her early morning breakfast program after over 20 years on air.

Ms. Feltz said that she had to resign in order to ‘catch up on a decade’s worth of beautiful sleep’ and utilize her ‘energy-boosting shut-eye’ to frolic with her fiancé Ben Ofoedu, who is 10 years her junior.

Graham Norton, whose chat show airs on BBC One and who left BBC Radio shortly before the holiday season in 2020, and Simon Mayo are two of BBC Radio’s biggest names to depart in the previous three years.

One enraged listener tweeted, “Steve Wright, Tony Blackburn, Craig Charles, and now Paul O’Grady have all been let go.” What’s up with the idiots that run Radio 2? Suggests ageism to some degree’.

What is the management doing to Radio 2?’ asked another. Simon Mayo came first, followed by Graham Norton, Steve Wright, and Paul O’Grady. Who follows Ken Bruce? Liza Tarbuck? We are losing our top talent. I don’t want ex-R1 DJs on a Radio 2 that is enamored with the 1990s.

A third added, “Another DJ has resigned… I hardly listen to music today because it has grown too woke. It seems that @BBCRadio2 is rapidly disintegrating and vanishing! The BBC is definitely not what it once was!

A BBC representative said, ‘It was Paul’s choice to end his Sunday afternoon Radio 2 program. Radio 2 is devoted to its multi-generational appeal that serves a 35+ audience, a goal that has not altered in decades, and we’re happy that over 14.5 million listeners tune in each week to our fantastic selection of programming, delivered by some of the United Kingdom’s most beloved presenters.

As many listeners are aware, we continue to play a diverse selection of the finest music from the last seven decades, including the 1960s and 1970s.

The BBC stated Beckett would return on Sunday, August 21 for at least thirteen further weeks of programming.
\