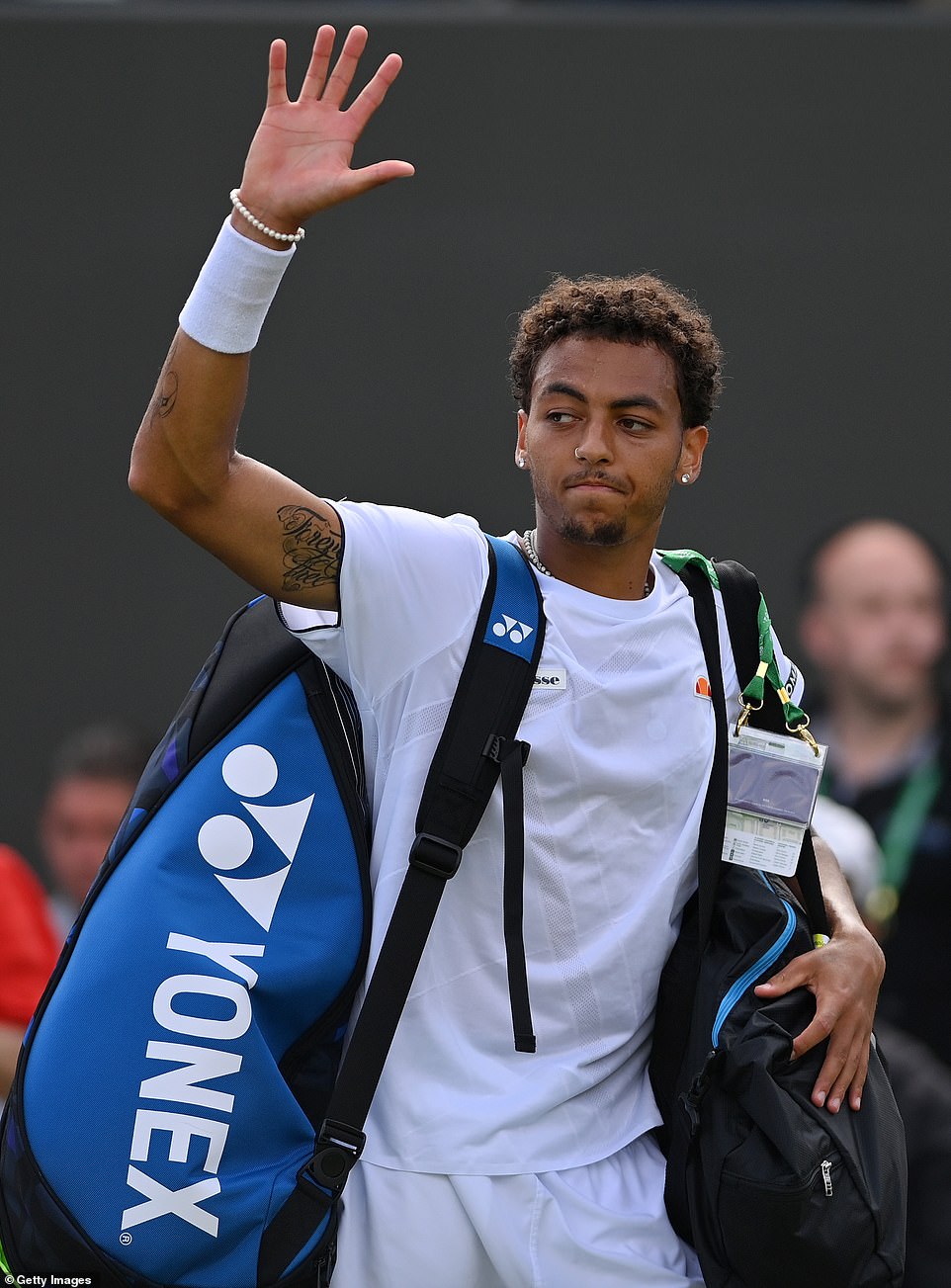 Feisty With the help of his intimidating serve, Australian Nick Kyrgios defeated British wildcard Paul Jubb in five sets in the first round of Wimbledon on Tuesday.

Even though Jubb, a 219th-ranked player who had never won a Tour-level match, was on the other side of the net, Kyrgios’ usual antics did not receive the usual Wimbledon appreciation this year.

The British player displayed admirable composure as Kyrgios went through his usual litany of complaints to the umpire and the crowd while they squared off in a match that was evenly matched. The Brit produced a superb tiebreak to send the match into a fifth set.

Despite a few hiccups, Kyrgios’ serve held up well in the decider and gave him just enough opportunity to win.

It is understandable why experts are optimistic about British wildcard Jubb’s future following today’s memorable match at Wimbledon against Nick Kyrgios of Australia.

The rising star’s journey to the All England Club and the famous grass courts of SW19, however, has been anything but typical.

His past is filled with both incredible triumph and heartbreaking tragedy.

The orphan “Jubby” was raised on a Hull council estate by his grandmother Valerie after his parents passed away. He picked up a racket a year later, and everyone who knew him could see that he was naturally talented on the tennis court.

Jubb was trained at the LTA-accredited Nuffield Health Tennis Academy on the banks of the Humber, just 25 minutes from his home, and won a junior national championship shortly after. This was before the University of South Carolina offered him a scholarship.

Jubb has since won the 2019 NCAA Division I Men’s Tennis Championship and been given a wildcard to Wimbledon for that year.

Given everything he’s been through, it’s understandable why Jubb respects his 80-year-old grandmother so much.

Speaking to the Mail three years ago, he said: ‘She’s a huge influence. She’s put so much work into raising me, acting like a mother, father, she’s been a huge rock in my life. She’s put in so much work. I imagine she’ll be very proud. It’s very nice and I’m just happy she can see me playing at Wimbledon.’

Valerie raised Jubb on her pension and family ­allowance after the death of both his parents. His father, a former soldier, committed suicide after suffering from post-traumatic stress and his mother also died young.

He has their names, Shaun and Jacinta, tattooed on his ribcage, but understandably it is not a subject he chooses to engage in.

‘My parents are not with me any more and I think that is basically where I draw my line. It’s known and that’s it really,’ he said.

But Valerie previously vowed never to let Jubb get too big for his boots – and insisted she would never let him throw John McEnroe-type tantrums.

‘I won’t let him show me up,’ she told the Mirror.

‘When he was about 11 or 12 he beat this lad who came off the court screaming. He was wild. I couldn’t believe what I was seeing. You should see some of these tantrums, they’re shocking.

‘I told Paul, ‘Don’t you ever do that to me. If you have a tantrum like that I will drag you off and take you home.’

‘Once he did throw his racket down and I told him, ‘I’m warning you if that racket goes down one more time. We’re off. It’s not the racket’s fault, it’s yours.’

She added: ‘I’m his biggest critic when he’s playing. I can be rotten. I will mutter to myself, ‘What was he trying to do there?’ and, ‘That was a bad shot.’

‘If I think he’s playing badly I’ll take myself off and go to the shops or get a cup of tea. He looks up and can see I’ve gone.

‘But often when I get back he’s winning. He doesn’t often lose.’

Most of Jubb’s peer group back in Hull grew up playing football or rugby league, but he was destined to be different.

‘When I was younger I played more football than tennis. I was pretty good. I think there was a bit of interest from Hull City to go and have trials but I never ended up going because I didn’t want to stop tennis,’ said Jubb, who is actually a Liverpool fan.

Having been spotted on court at primary school he went to Hull’s Nuffield Tennis Academy, where Kyle Edmund also spent time as a youngster.

A big inspiration, it turns out, is tennis ace Frances Tiafoe. His parents moved from war-torn Sierra Leone to Maryland in the US, where his father became the janitor at a tennis club.

‘His background was pretty tough. He kind of had a similar thing. I remember having a cheesy conversation with Jonny Carmichael, my coach in Hull, saying if this guy can do it I can do it as well. So from that point on I was fully invested in doing whatever I could to progress.

‘You could see how much he (Tiafoe) loved the game and how hungry he was to make the pro tour. That was the same hunger I have now – it was just very relatable.

‘That’s why it was so inspirational for me. I’ve hit with him and we’re actually friends now, it’s been really good to make a connection with him.

‘I did have a stage when I was younger when I did get a little self-pitying. Jonny Carmichael was always like, ‘This is your situation and you can’t change it, so if you’re going to moan you’re not going to get anywhere’. You’ve got to make the most of what you’ve got and from that point on that’s always been the mentality I’ve had.’

Having come from a tough background, Judd is eager to prove that tennis’ elitist image is outdated and that the game can be for everyone.

He told the Yorkshire Post: ‘The game is now spreading to different communities in this country. We are maybe losing the typical stereotype of who played tennis in the past. And it is just good more people are getting involved.

‘Hopefully one day a lot of kids from a similar background can look to me as that inspiration and take things from what I do. I want to be in that position one day.’

Jubb added: ‘This is a good time in British tennis. I think the group who we have coming through are a great bunch. We’re close. We’re always messaging to try and push each other on.

‘Everyone has that hunger for to succeed and not only for themselves but everyone else. It is an individual sport but we’re training with each other and want to make each other better.

‘I think the culture and environment we have is really good at the moment.’