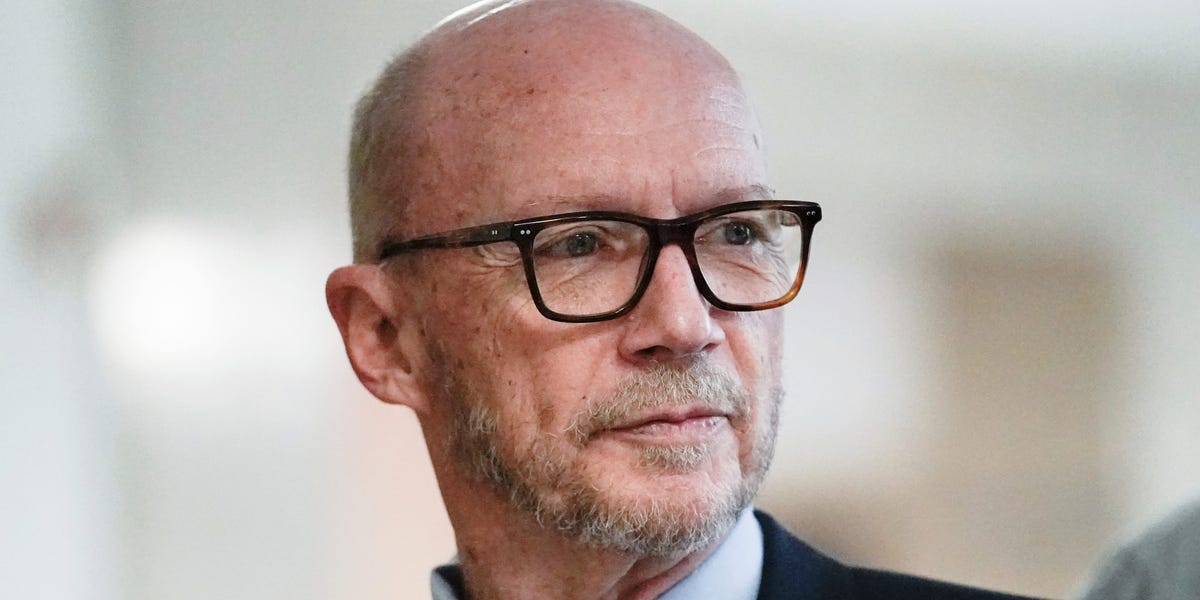 Paul Haggis, an Oscar-winning director, denied raping a publicist at his Manhattan apartment in 2013, claiming that they had consented to oral sex and that he had no recollection of entering her amid a night of “mixed signals” that he mistook for fun.

The “Crash” writer and director provided a drastically different account of his night with Haleigh Breest during his self-defense testimony on Thursday in a civil trial in New York Supreme Court than her version of events, which is the foundation for her sexual assault complaint against him for unspecified damages.

During the mid-morning break, Breest was spotted hurrying out of the courtroom because she seemed to be struggling with the testimony. During the same break, Haggis joyfully discussed a Trump Org hearing that was happening across the corridor with one of his kids.

On Thursday, Haggis’ second day testifying, he had two full rows of supporters in the courtroom, including his ex-wife and four kids.

Breest said during her own testimony that Haggis forced her into a kiss and “jammed” his penis into her mouth before raping her vaginally after she felt compelled to visit his flat for a nightcap after a movie event. In court, four other women made similar claims of Haggis’s sexual misconduct.

Haggis has insisted that the interaction with Breest was consensual, and his attorneys have made an effort to persuade the jury that Breest’s allegation is being supported by the Church of Scientology, of which Haggis is one of the most well-known defectors.

As he remembered what he described as a flirty lead-up to the in question night, Haggis was on the verge of tears on the witness stand.

He acknowledged that he had kissed Breest initially at his place, but claims that after the third kiss, Breest was starting the make-out session.

He did, however, acknowledge that Breest repeatedly said “No, I shouldn’t” as they began to kiss. However, he said that her “playful” tone and her “teasing type of grin” made him doubt that she was ordering him to stop.

Haggis said, “I was receiving such conflicting messages. She would say this before giving me a passionate kiss.

“She had a confused air about her. Although she didn’t seem to be actually conflicted, she did seem as if she should be “said he.

At one time, Breest reportedly declined his offer to put her in a taxi and requested a tour of the flat instead, according to Haggis.

He claimed to have continued to kiss her again in the guest bedroom, where the tour came to a stop.

Haggis said that after making their way to the bed, she started having oral sex while pausing periodically to ask for his consent.

He said that when he returned from the restroom in the middle of the night, he swapped bedrooms so as not to wake her. The next morning, he discovered she had disappeared.

Breest’s conflicting signals led him to question if it was a smart idea to continue their relationship, despite the fact that he believed from their correspondence that she was interested in seeing him again after that night.