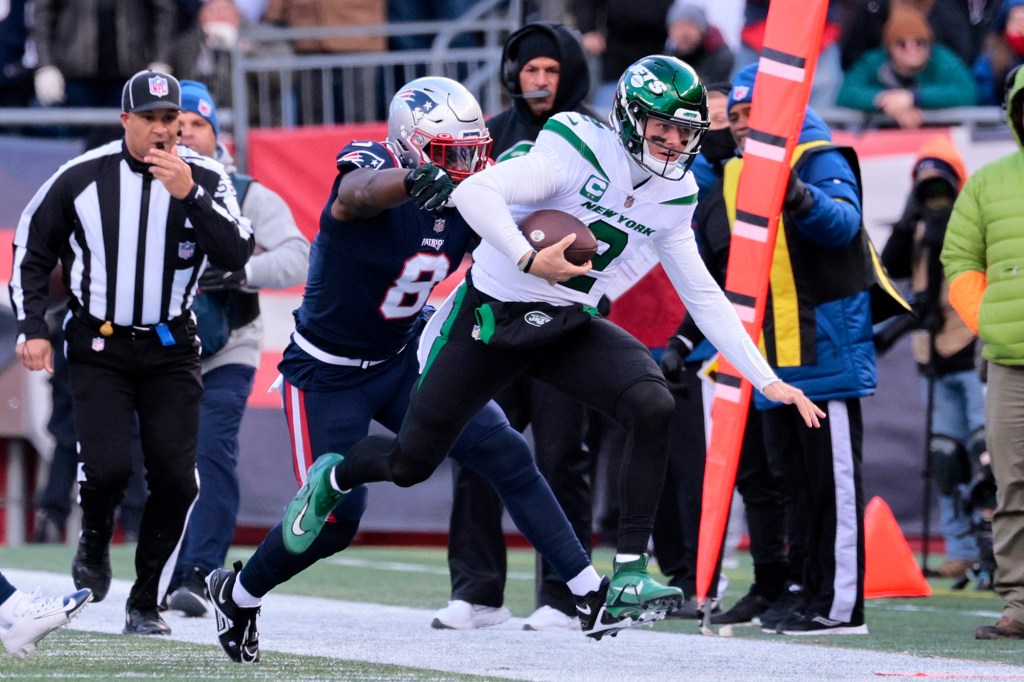 On Sunday, the Jets lost a heartbreaker to the Patriots after surrendering an 84-yard punt return with five seconds remaining. Marcus Jones’s return snapped the tie and handed the Patriots an improbable 10-3 victory over the Jets, their 14th in a row.

This game featured very little offensive due to the dominance of both defenses. The score was 3-3 throughout the most of the game. The Jets received the ball with 1:52 remaining at their own 20-yard line. On third down, a defensive holding penalty nullified a sack by the Patriots and handed the Jets a fresh set of downs. On third-and-1 at the Jets 34, quarterback Zach Wilson attempted a throw to running back Micheal Carter that Kyle Dugger batted behind the line of scrimmage for a loss of 2 yards. This forced Braden Mann to punt with 26 seconds remaining. Jones carried the ball along the sideline, edging over Tyler Conklin and then Mann his route to the end zone.

The punt return extended Bill Belichick’s dominance over the Jets and reduced Gang Green’s record to 6-4 on the year. The Patriots are 6-4 as well. The Jets had a chance to finish the day in first place in their division but ended up in last place.

The Jets’ offense performed poorly all day. They were unable to gain traction on the ground, and Wilson had difficulty completing passes. In the first quarter, the Jets punted twice and had only one first down while he went 0-for-3. Wilson completed the game 9 of 22 for 77 yards passing.

Their defense kept them in the game all day, despite the offensive struggles. They sacked Mac Jones six times, with John Franklin-Myers and Quincy Williams recording the first two sacks of the game and maintaining pressure throughout the day. New England lost two offensive line starters early in the game, which was detrimental. David Andrews (thigh) and Isaiah Wynn (foot) both left the game due to injuries. This enabled the defensive line to attack Jones.

The defense prevented the Patriots from scoring the few times they threatened. The Patriots reached the Jets’ 6, 26, 25, and 36-yard lines but only managed a field goal. In these instances, the Jets constantly pushed New England back, and Belichick made two peculiar fourth-down selections. At the beginning of the second quarter, on fourth-and-1 at the Jets’ 6, he kicked a field goal. Nick Folk kicked a 24-yard field goal, but it appears the Patriots could have gone for it on fourth down.

Late in the third quarter, the Patriots had a fourth-and-3 at the Jets’ 36-yard line with an opportunity to punt deep into Jets territory. Rhamondre Stevenson was instead obstructed for no advantage. However, the Jets were unable to do anything with the ball once they obtained possession, therefore Belichick was not penalized.