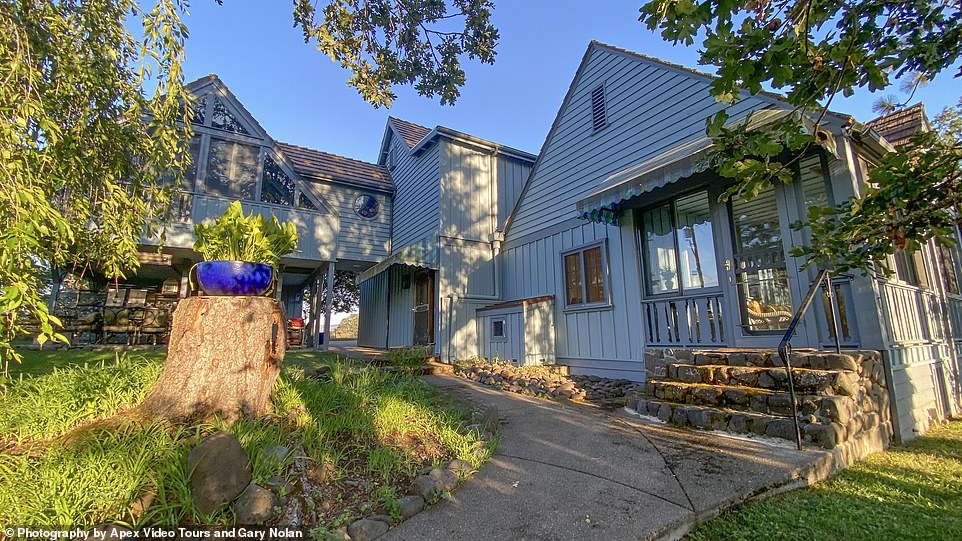 Patrick Duffy, a former Dallas star, is asking $14 million for his immaculate 390-acre ranch in Oregon.

According to Alan DeVries of Sotheby’s International Realty, the property has seven homes overall, a bass pond, a pool, and rustic barns and is situated on two miles of the Rogue River outside of Medford, Oregon.

Actor Patrick Duffy has lived at the Duffy Ranch for the past three decades, and according to the actor, his family “always felt like we were stewards as opposed to owners.” We respected the boundaries, he continued.

Before relocating there permanently in the early 2000s, Duffy and his late wife Carlyn Rosser spent many years using the ranch as a family vacation destination. Duffy is also known for playing Frank Lambert on the 1990s sitcom Step By Step.

After Rosser passed away in 2017, Duffy stayed at the ranch and now owns and operates Duffy’s Dough, an online sourdough bakery with Linda Purl.

According to Duffy’s account to the Wall Street Journal, Rosser and he paid roughly $1.5 million for the first 130 acres of the property in 1990, and the two then spent about $3 million purchasing the neighboring properties when they went up for sale.

While out fishing with a buddy, the actor came onto the property.

It was spotless, Duffy said. The road wasn’t paved. A little less than a mile of river frontage and several pathways through the woods were there.

On the property, there is a main home with four bedrooms that links to a gallery where the couple stored their art collection.

A loft-style guesthouse with one bedroom was created from the caretaker’s cottage. Another structure has a hot tub and looks out over the river, while a third, constructed into the side of a mountain, contains a wine cellar and an indoor lap pool.

The couple bought the land and buildings on the property over time, renting it out to tenants and other ranchers.

We turned into a functioning ranch, but without our own livestock, he said. It enhanced the setting’s most lovely, pastoral feel.

The description claims that the home has unique features such an art gallery/library, two porches, an office, a staircase to a spa cabin, a vast wine cave that was specially created, a pool house, and a sizable professional garden.

The property also has a calm two-acre recreation/irrigation pond with fish stocking and over 100 acres of irrigated land.

The land is home to a resident elk population, as well as turkeys, a wide variety of birds, and enormous black-tail deer.

Duffy discovered an ancient stove that he rebuilt and installed in the main house at a farmhouse that is over a century old and still stands on the site.

With his girlfriend Linda Purl, Duffy said he wants to relocate to either California or Colorado.

Together, Linda Purl and Patrick Duff produced a baked product that pays homage to Duffy’s family since spending time in the kitchen at the ranch had become such a significant part of their relationship.

Regarding his relationship with Happy Days actress Linda Purl, Duffy previously told People that “our lives make us highly compatible in practically every imaginable aspect.”

The H stars, who have been in a relationship for more than two years, spoke to the website about their new sourdough kit, Duffy’s Dough, which contains a dehydrated version of a starter that has been around for “at least 70 years,” according to Duffy.

“In a little mobile home being pulled by a truck, my parents transported my sister and I from Montana to Alaska in 1952. My mother received a sourdough starter from an elderly lady when we were there for almost two years, he said.

It was used to bake by his mother throughout Duffy’s upbringing, and his sister used it for years before Duffy started using it himself.

When they first started dating, he baked sourdough pancakes for Purl, 67, who thought they were “amazing” and it inspired him to use the starter to launch a company.

“Now, I didn’t believe I’d ever start a company,” said Duffy. “But Linda is Linda and she grabbed it and ran with it immediately.” The original sourdough starter has been dried out. As a result, it has been completely pure since my mum acquired it.

The family heirloom, according to Duffy, is “simply an intriguing statement on society and the times that some things may stay intact and viable.”

In addition to highlighting the advantages of actually breaking bread together and the reason they wish to encourage consumers to participate in similar family rituals, Purl noted that baking is a means for them to connect with their family and friends.

There’s a chance that positive outcomes and genuine dialogue will occur. It begins with a small yeast spore, but it may develop into a multifaceted experience, she said.

Since working in the kitchen is intertwined with their love story, it is not surprising that this endeavor grew their relationship.

“I can genuinely recall that I came in the late afternoon when we first met, and that we had supper and prepared it in the kitchen. We had never performed the dance together, but we were both familiar with the choreography, recalled Duffy.

He continues, “Linda is a brilliant chef, and I learn from the way she prepares every day.” We are very compatible in practically every manner imaginable because of our lives. In the kitchen, how we prepare food, how we clean up, and how we work together as a team.

Ordering for the limited-edition item will be open from now until mid-December.