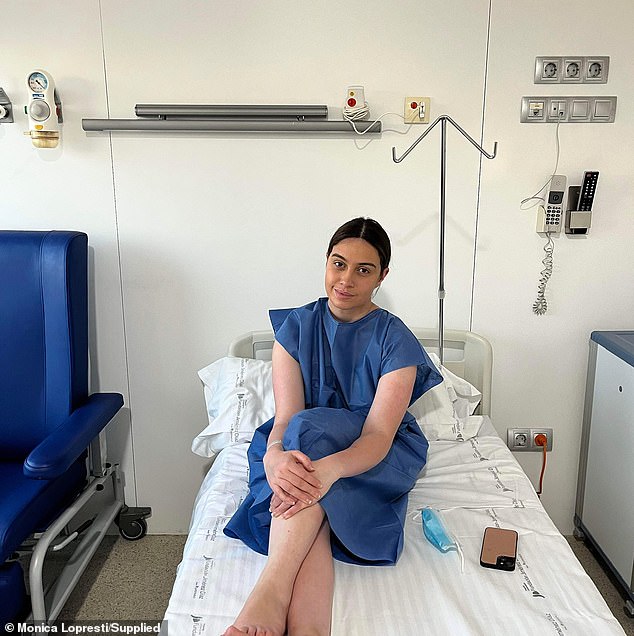 I find it as perplexing as it is alarming to think that Dr. Charlie Teo is cold, calculating, irresponsible, or waiting for payment before consenting to do surgery.

It bears little resemblance to the person I got to know through one of the worst periods of my life.

I believed I was the epitome of health when I was 23.

I walked 10,000 steps every day, had a full-time job, and had a terrific social life.

Everything was altered in July 2021. I became into a person no one could recognize: pale, confined, and bedridden. Insomnia struck me.

A benign cystic tumor was found in the centre of my brain during an MRI scan.

Despite being benign, the tumor’s placement prevented the usual flow of cerebrospinal fluid (CSF).

We were shocked to learn that excessive CSF pressure might cause brain damage and even death by preventing the brain from working normally.

I was already losing my vision when the seven neurosurgeons my mother had called informed me they couldn’t operate.

Eight years before, brain cancer had claimed the life of my father. I was so frightened.

So, who exactly is Charlie Teo?

I can only speak about him in terms of my own encounters, and I stand by them.

Let’s first get rid of those awful myths about money.

I’ve heard that Dr. Teo wants $50,000 before doing surgery. That never occurred in our circumstance.

During any consultation, he never once suggested money.

Nothing in life comes for free, of course, but the notion that Dr. Teo receives a portion of the proceeds is just untrue.

We paid for the procedure in full before the operation since hospitals cannot admit anybody without payment.

The only thing we want to discuss about the financial details for our family is that it was worthwhile.

Nobody doubts the fact that people spend thousands of dollars on vehicles and cosmetic surgery.

How do you place a value on a procedure that costs a patient thousands of dollars but might save their life?

However, Dr. Teo didn’t care about the money; rather, he cared that we were aware of the hazards associated with the procedure.

When life throws you a curveball, you want to run across someone who can help you get through it and provide you with clear, honest facts. If they are nice, all the better.

My family is familiar with this Dr. Teo.

He also has a lovely personality, therefore that makes him important to us in addition to other things.

He was more receptive than most physicians I’ve seen; he was modest, down to earth, sympathetic, and kind.

I visited medical facilities every week for the ten months before to my operation in an effort to find solutions to my incapacitating symptoms, but I was treated like a number rather than a person.

People would give me about a minute of their attention before answering me or disregarding what I had to say. It seemed as if nobody gave a damn.

But when I first met Dr. Teo, I entered his office and felt heard for the first time. He was really knowledgeable, recognized every one of my symptoms, and made me feel like a normal person.

Before the procedure, we had a really difficult night when we were in Madrid.

My father had brain cancer and had requested that his treatment be stopped when he passed away eight years before. As a result, feelings were intense.

Dr. Teo had told us that he was just a phone call away. At two in the morning, my mother Christina messaged him, and 15 minutes later, he was Facetiming me.

He simply listened as I sobbed there on the couch. I spoke to him as a therapist. And he paid attention to everything. He started treating us like family at that point.

He was open and honest about the dangers. According to what I’ve heard, he does not deal in false hope.

He was there on the day of the procedure before, during, and after, which was a remarkable comfort.

During our pre-op visit, we went through everything one more and met with some of his staff.

He astonished my mother by waiting in my room after the operation while I was recovering. She received a hug from him, and he praised my performance.

How often does that occur?

My procedure was completed on schedule, and I was informed that it is typical for eyesight to be off following brain surgery when I first woke up.

Most of my problems were gone when I woke up, and four days later I was out of the hospital and enjoying Madrid.

I was fortunate, but it’s crucial to highlight that Dr. Teo is liked by many others than just myself.

The most frequent comment from his patients is how polite and considerate he is.

View the images of him with the patients. He smiles in every picture when he’s had his arm around them.

I’m not sure where this impression of him as frigid or arrogant comes from.

To me, it seems absurd to describe someone as frigid before meeting them.

I’m healthy today, but I’m still recovering. In Sydney, I work full-time as a claims assessor in the insurance industry.

Like most people, I spend my weekends drinking coffee, going on walks with friends, or having movie evenings. I also spend my days at the beach and like swimming at Bondi.

I owe Dr. Teo, who I really believe was created to save lives, my relatively normal way of life.

He has my eternal gratitude, and as a result, he will always have my support.

If I have any anxiety about the future, it is the worry that someone may be identified as having a high-risk tumor and might be allowed to die as a result of that danger.

Will the fear of rejection by their colleagues prevent future surgeons from becoming innovative?

It’s difficult to comprehend why people aren’t allowed to choose their own surgeon.

What would you do if it came down to your life or the life of your child?

Many families have had to make this decision, and the majority of them haven’t looked back since selecting Dr. Teo.