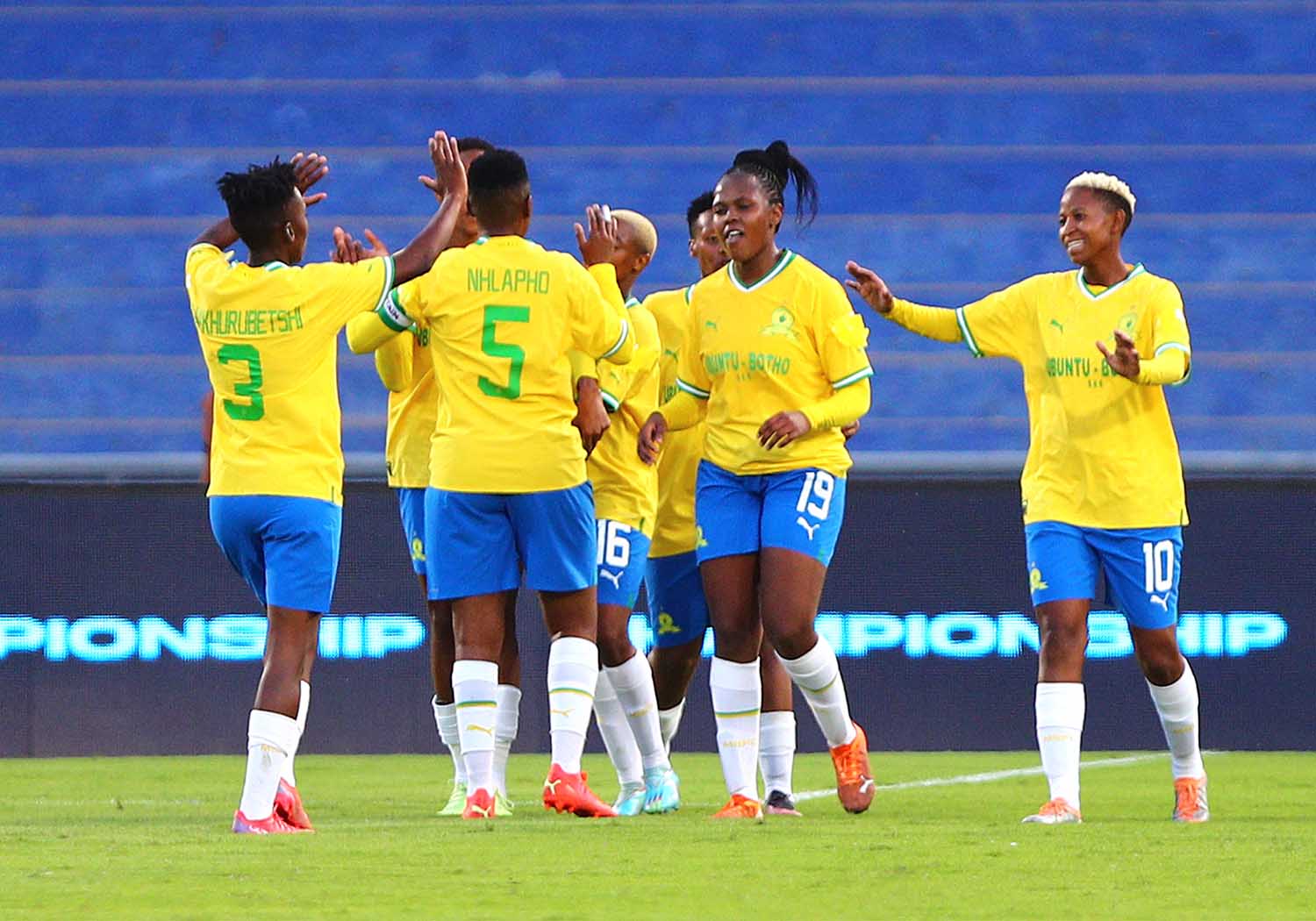 The 2022 Hollywoodbets Super League season was another thrilling roller coaster, with Sundowns Ladies vying for a third consecutive championship. Despite falling in the standings in July owing to the international break, the Tshwane giants displayed outstanding play in the catch-up games to reclaim the top spot.

Sundowns Ladies returned to action with a 3-1 victory over the University of Johannesburg (UJ) Ladies before traveling to Durban for the COSAFA Women’s Champions League zone qualifier.

The Brazilians, who had already qualified for the CAF Women’s Champions League as defending champions, were placed in Group A with the Costa Do Sol of Mozambique and the Double Action Ladies of Botswana.

The team led by Kappa defeated the Mozambicans 8-1 before drawing 1-1 with Double Action Ladies to get to the tournament’s championship match. Green Buffaloes, the champions of Zambia, defeated Chloorkop on penalty kicks in the final.

In the Hollywoodbets Super League, Sundowns Ladies reacted to their penalty kick woes with a 7-1 victory over Golden Ladies upon their return to domestic play. Additional victories against Durban Ladies, Tsunami Queens, City Lads Ladies, and Richmond United allowed Kappa’s warriors to conclude the month of August in blazing form.

Despite squandering four points in September (1-1 draw with UWC and 1-0 loss to TUT Ladies), Sundowns Ladies were unstoppable against Ma-Indies Ladies and Thunderbirds Ladies, with Miche Minnies hitting five goals in both contests.

The Brazilians enjoyed a fantastic October with seven consecutive victories and a stunning 29 goals as Kappa’s squad amassed a century of goals. Sundowns Ladies traveled to Morocco for the CAF Women’s Champions League in the most optimal manner.

In Group B against Bayelsa Queens of Nigeria, Wadi Degla of Egypt, and TP Mazembe of DR Congo, Sundowns Ladies aimed to defend their continental title. The Brazilians swept through the group stage with a flawless record, scoring five goals against Wadi Degla in their second group match to become the first team ever to do so at a continental championship.

Sundowns Ladies defeated Tanzania’s Simba Queens 1-0 in the semi-finals to get to the final, where they were defeated by eventual champions AS FAR. This was their first loss at the premier women’s competition on the continent. Despite the setback, Kappa’s team departed Morocco with their heads held high due to their outstanding run of results since the tournament’s inception.

The Brazilians finished the Hollywoodbets Super League season in dominating fashion, scoring 14 goals in their final three games to win their third consecutive league championship. Sundowns Ladies finished the season with a stunning 27 wins out of 30 games, scoring 126 goals and conceding only 13 goals. The league champions also compiled a +113 goal difference.

Sundowns Ladies will strive for victory in every competition they enter this year!!!