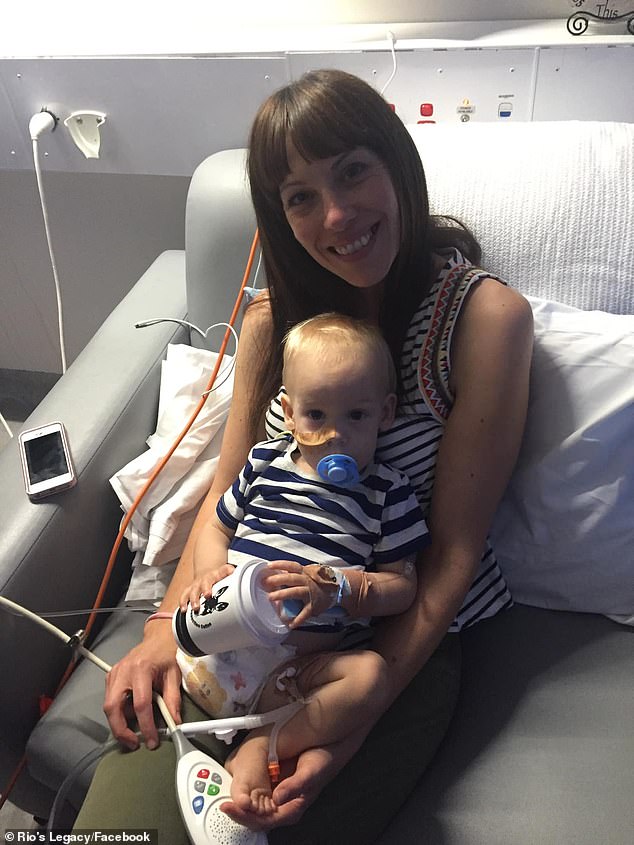 The shattered parents of a toddler who was hospitalised with a stomach bug but tragically died days later with a rare artery condition pledge to help build end-of-life facilities for children.

When Ryan and Karen Fowler’s four-year-old daughter Remi came home from pre-school in November 2017 with gastroenteritis – a very common condition that causes diarrhoea and vomiting – they assumed the whole family would get it.

Sure enough, 17-month-old son Rio became ill the next day – but he seemed a little sicker than Remi, so Mrs Fowler took him to Sydney Children’s Hospital where doctors treated him for dehydration, before they were sent home.

However, the little boy’s condition only worsened – he was later placed on a drip for eight hours, but his body wouldn’t rehydrate and left doctors stumped when it effectively began to shut down.

He underwent surgery for what experts thought was a tumour, only to find out the mass they saw on the X-rays wasn’t a tumour at all – it was actually a blockage in Rio’s arteries which was cutting the blood supply to parts of his body.

Three days after he was hospitalised with gastro, the little boy had his leg amputated and sadly died of starvation 40 days later – when blood stopped flowing to his stomach.

Mr Fowler told Daily Mail Australia on Sunday that he does feel frustrated and angry sometimes because his son died from a condition so rare it still has no name, but he is eternally grateful the family had access to palliative care at Bear Cottage.

‘We had so much care at Bear Cottage – they made us cups of tea when we didn’t even ask, they took our daughter to Wiggles concerts and had therapists talk to her, and basically did things with her we couldn’t do because of Rio’s condition.

‘We were able to operate as a family while Rio was so sick – they even have a dog who will go in and sit with a child and keep them comfort if they’re alone in a room.’

After Rio died in January 2018, his parents made a charity called Rio’s Legacy and started raising money to fund hospices for kids.