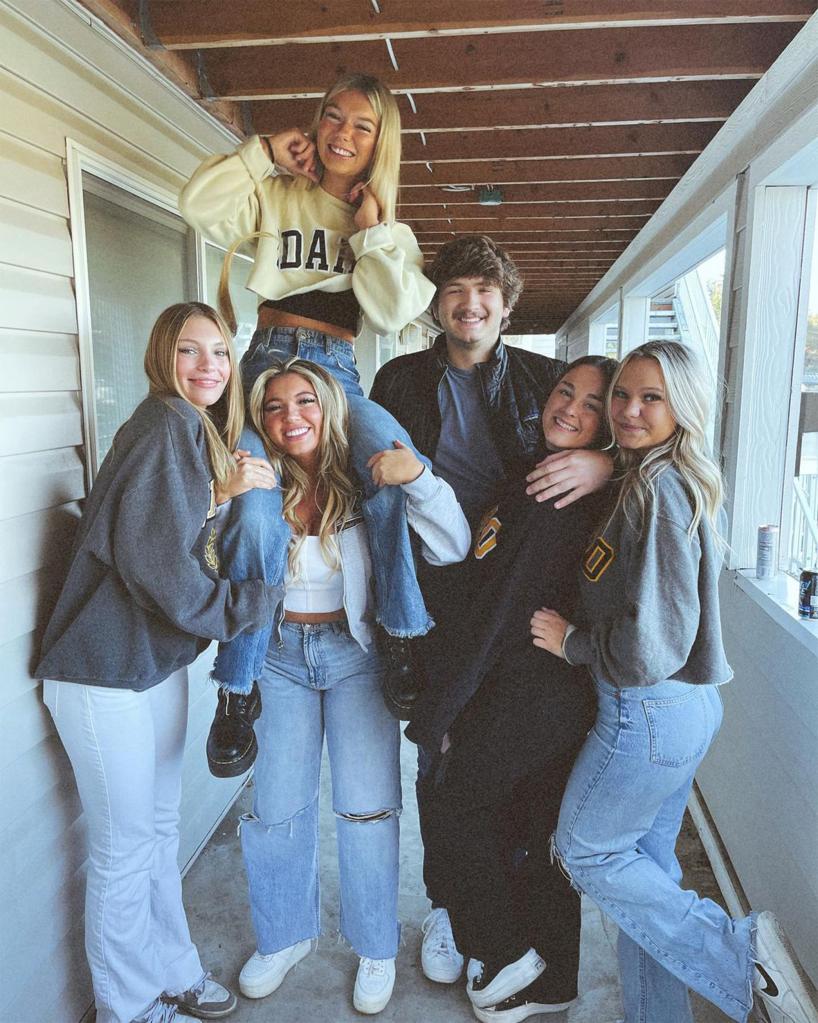 Kaylee Goncalves called her ex-boyfriend many times on the night she and her roommates were stabbed to death, according to a report. Her parents support the ex-boyfriend, despite the revelation.

Steve and Kristi Goncalves insisted on Fox News that their daughter’s ex-boyfriend Jack was not involved in the four murders, and that police are “wasting their time” pursuing the unnamed teen.

The 911 call that alerted police to last week’s massacre was made by one of the two surviving roommates, according to fresh information revealed by police on Saturday evening.

The information were provided in advance of a news conference set for Sunday, marking only the second time since the horrifying crime on November 13 that police in Moscow, Idaho had arranged a media availability.

The Idaho Statesman reported on Sunday that no suspects have been identified and a ride-share driver who dropped off two of the victims has been cleared of any involvement in the murders.

Madison Mogen, 21, of Coeur d’Alene, and Kaylee Goncalves, 21, of Rathdrum; junior Xana Kernodle, 20, of Post Falls; and freshman Ethan Chapin, 20, of Mount Vernon, Washington were all stabbed to death as they slept in the early morning hours following a night of revelry in the college town.

Between 2:30 and 3 a.m., Mogen and Goncalves called the former partner of the latter ten times, according to later reports.

“Jack is equally distressed as we are. Jack is a member of our family. Jack is 1,000 percent. Jack is with us, and we support him one hundred percent,” Kristi Goncalves told broadcaster Lawrence Jones.

Mogen was very close to the Goncalves family, according to the couple’s parents. The couple apparently dated for years before taking a break in their relationship recently.

“Maddie was in our oldest daughter’s wedding,” Kristi added. Maddie was one of her bridesmaids after she stated, “All of my sisters are my bridesmaids.” And all of Olivia’s sisters, including Maddie, were present.

The devastated mother told Jones, “Every time we traveled out of the country or went on vacation, Maddie accompanied us, so this is both of our daughters, and we will never stop searching for their killers.”

There was no trace of a forced entrance in the residence shared by the three female victims, and the four likely sustained defensive wounds while sleeping, according to authorities.

The Statesman said that two other housemates, Bethany Funke and Dylan Mortensen, were at the off-campus home at the time, and one of them called 911 around eight hours after the murders were suspected to have occurred.

According to the story, neither Funke nor Mortensen were considered suspects in the case and had been collaborating with police.

Separate from the victims the night before, the roommates had been out partying till the early hours of the morning, according to the police.

Saturday, Steve Goncalves remarked, “Everyone is suffering, everyone feels the sorrow of this.” “The one bright spot in all of this is that I never understood how beautiful and loving my neighborhood is. We only have one criminal, and he must be located.”