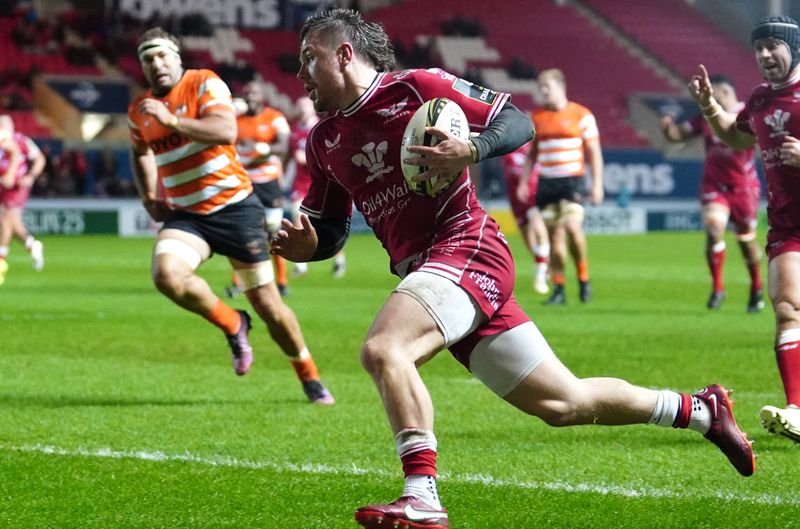 At their Challenge Cup rematch in Llanelli on Friday, the Scarlets earned a late 20-17 victory despite being pushed to the brink by the courageous Cheetahs.

Having not played since a 45-26 loss to the same Scarlets in Parma in mid-December, the Free Staters were up against it, and their task was made much more difficult by the absence of Springbok combination Ruan Pienaar and Frans Steyn, who were sidelined due to injury.

The Welsh region, who have won two of their last three United Rugby Championship games since their victory over the Toyota Cheetahs, did not appear sharper in a sloppy first half but led 10-3 at the break.

Additionally, the Cheetahs realize they have their backs against the wall in the Challenge Cup.

Hawies Fourie’s team took the lead with a pair of second-half goals, but the momentum shifted back in favor of the hosts in the 64th minute, and they dominated territory and possession for the majority of the frantic finish.

The Cheetahs never gave up, defending heroically, counter-rucking aggressively, and winning scraps at the breakdown to stay in the chase, but their lack of creativity on attack, which plagued them all evening, and late handling errors in the downpour prevented them from pulling off a miraculous comeback.

The Scarlets’ victory cemented their position at the top of Pool B, while the Cheetahs, who began their season with a 21-16 road victory over Section Paloise, will be among the mid-table teams in a desperate playoff scramble in the last round of pool play next weekend.

Additionally, the Cheetahs have lost three Springboks for their European Challenge Cup tour.