Padma Lakshmi, the fourth wife of author Salman Rushdie, was seen out and about in New York City on Friday afternoon, only hours after her ex-husband was stabbed at a literary event by an accused Iranian government sympathizer.

Padma Lakshmi, his fourth wife, was seen out in New York City only hours after the stabbing, wearing a denim sweater, a face mask, and glasses. They married in 2004, but their marriage barely lasted three years. Rushdie, 75, is on a ventilator, unable to talk, and will most certainly lose an eye as a result of the assault, according to his agency. 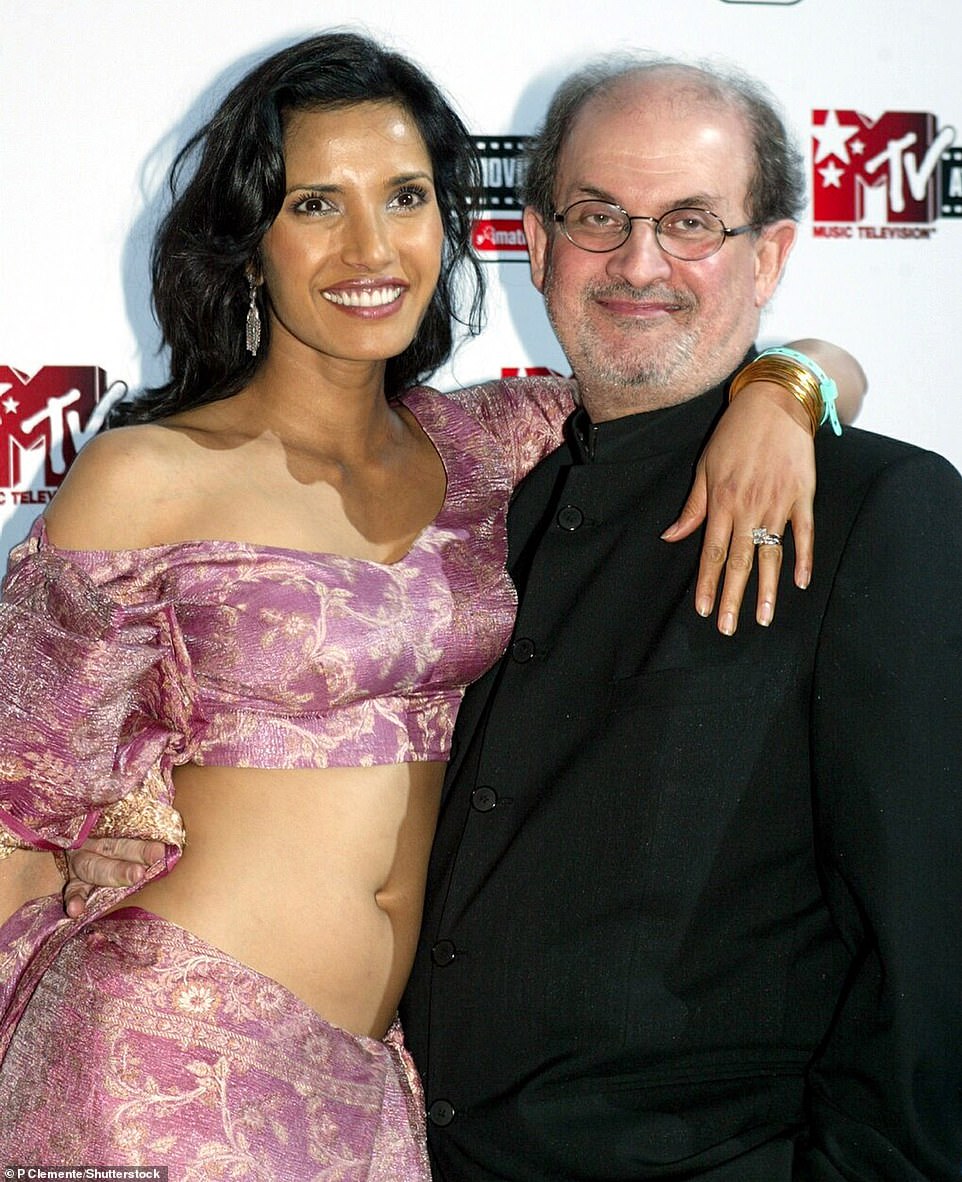 Rushdie, who has lived with a bounty on his head since the late 1980s, was preparing to deliver a presentation on creative freedom at New York’s Chautauqua Institution when a guy rushed to the platform and leapt at him.

The Top Chef presenter was observed only a few hours after Rushdie was stabbed by a suspect named by authorities as Hadi Matar, a 24-year-old man from Fairview, New Jersey, who purchased an event ticket.

Rushdie was on a ventilator and unable to talk on Friday evening after an attack decried by authors and politicians throughout the globe as an assault on free speech. 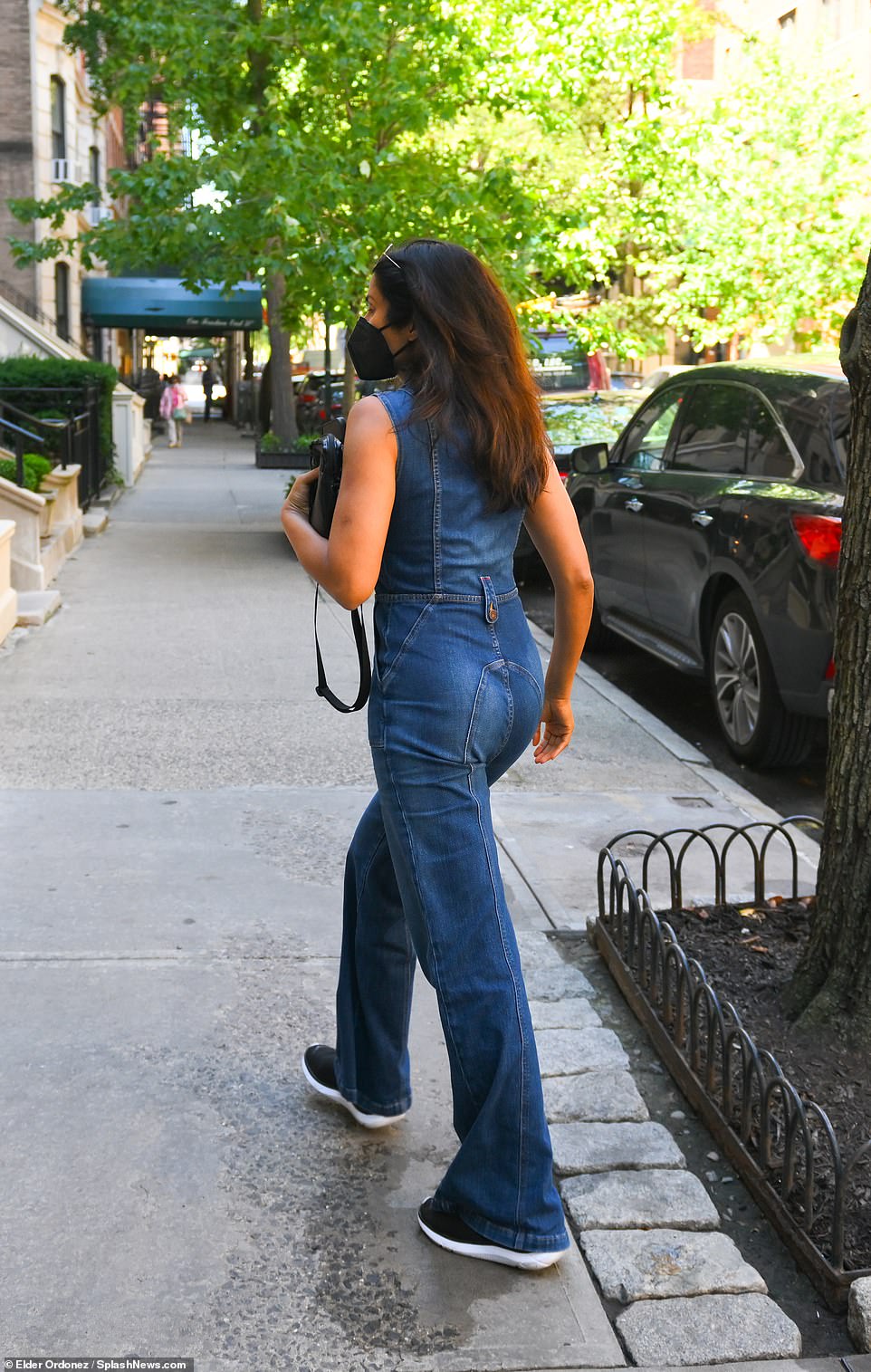 ‘The news is not good,’ his book agent, Andrew Wylie, said in an email. ‘Salman would most certainly lose one eye; his arm nerves were cut; and his liver was pierced and destroyed.’

Rushdie has long suffered death threats in connection with his fourth book, ‘The Satanic Verses,’ which some Muslims said included blasphemous elements. When it was published in 1988, it was prohibited in numerous countries with substantial Muslim populations.

A few months later, Iran’s supreme leader, Ayatollah Ruhollah Khomeini, issued a fatwa, or religious decree, ordering Muslims to murder the writer and anybody involved in the book’s release for blasphemy.

Rushdie went into exile for almost a decade after describing his work as “quite light.” Hitoshi Igarashi, the novel’s Japanese translator, was assassinated in 1991. The Iranian government said in 1998 that it would no longer support the fatwa, and Rushdie has been living more freely in recent years.

However, Iranian authorities have said that, although they no longer accept the fatwa, it can only be revoked by the leader who issued it – and he has now died, implying that it will stay in effect forever.

He has been married four times and has had a run of high-profile relationships, including Lakshmi, Olivia Wide, and models decades his junior.

Rushdie’s fourth marriage, to Lakshmi, was the most contentious since, like the others, it ended in divorce and Lakshmi, who was 23 years his junior, authored an excoriating account of their eight-year romance.

She characterized him as a spoiled, insecure infant who needed continuous praise, nourishment, and care, not to mention ‘often sex.’

They first met in 1999 at a spectacular New York City gala hosted by media mogul Tina Brown. Lakshmi claims the two had an affair and that Rushdie vowed to be with her once his tumultuous marriage to his third wife was over.

Fury, Rushdie’s 2001 book, was dedicated to Lakshmi. Lakshmi was 28 at the time of the wedding, while Rushdie was 51.

While Rushdie’s previous marriages lasted more than a decade, his marriage to Lakshmi lasted barely three years, with the author describing her as a “poor investment” who was extremely egotistical and ambitious in his biography.

In her memoirs, Lakshmi slammed Rushdie, calling him’sexually demanding’ and insensitive to her endometriosis.