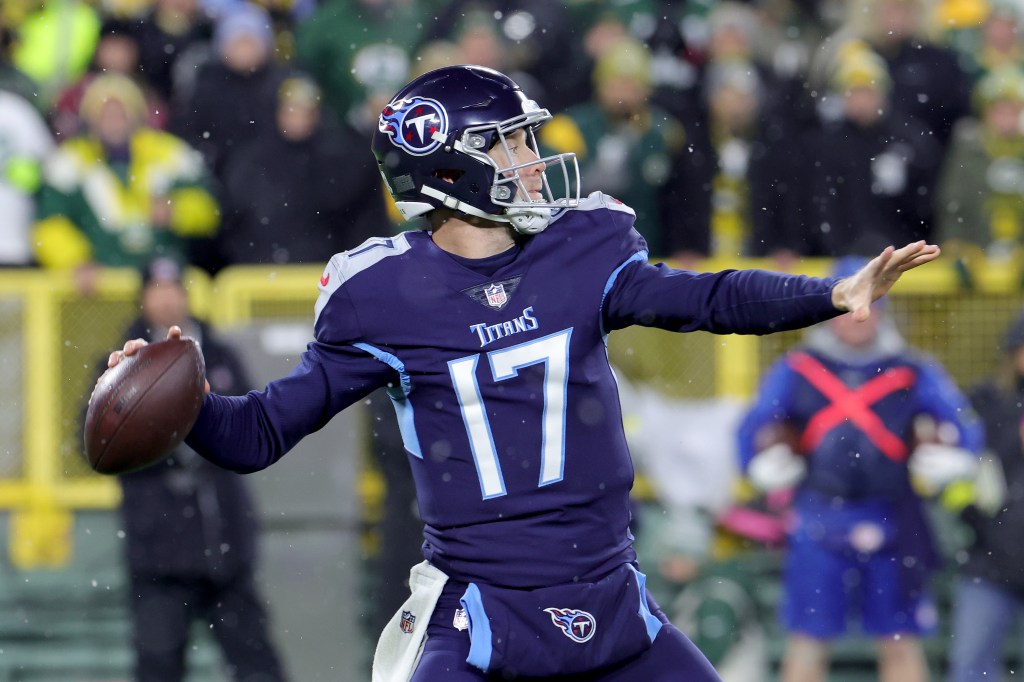 Ryan Tannehill threw for 333 yards and two touchdowns on Thursday night as the Tennessee Titans defeated the Green Bay Packers 27-17.

After missing two games with a right ankle injury, Tannehill was much sharper in his second game back. He completed 22 of 27 passes with one interception as the Titans (7-3) won their eighth consecutive game.

The Titans improved to 10-2 under Mike Vrabel while playing on short rest. Green Bay (4-7) has dropped six straight games.

Rodgers completed 24 of 39 throws for 227 yards and threw two touchdown passes to rookie Christian Watson, of 14 and 8 yards, to end the first and third quarters, respectively. Sunday’s 31-28 overtime triumph against the Dallas Cowboys was preceded by Watson’s three touchdown performance.

Watson became the first Packers rookie since Max McGee in 1954 to have consecutive games with multiple touchdown receptions.

The Packers held Tennessee’s Derrick Henry to 87 yards and a touchdown on 28 runs (a 3.1-yard average), but the Titans posted season-highs in points and yards (408) by throwing the ball more effectively than usual.

Henry even participated by scoring a score with a 3-yard leap pass to Austin Hooper. Hooper scored the season’s first two touchdowns. Treylon Burks, a first-round selection by the Titans, had the best game of his young career with seven receptions for 111 yards.

Quay Walker stuffed Henry for a 2-yard loss on fourth-and-1 from the 4-yard line on Tennessee’s opening drive of the quarter, which lasted over 10 minutes but resulted in no points. Since at least the year 2000, Tennessee’s longest scoreless drive consisted of 18 plays.

Henry’s 4-yard touchdown run with 32 seconds left in the half extended the Titans’ lead to 14-6. That began three consecutive touchdown drives for the Titans.

Henry’s rushing touchdown was his tenth of the season, marking the fifth consecutive year he has reached that mark. LaDainian Tomlinson, Adrian Peterson, Shaun Alexander, and Michael Turner are the only other players with at least 10 touchdown runs in five consecutive seasons.

Watson’s second touchdown of the evening helped Green Bay cut Tennessee’s lead to 20-17 late in the third quarter, but the Packers’ offense did not score again.

The Titans increased their lead and scored their first touchdown of the season when Hooper caught a 16-yard pass from Tannehill to open the fourth quarter. On replay, the original ruling of incompleteness was overruled.