Speaking at an event organised for 66 trained personnel’s from Oyo State, in Ibadan, the Permanent Secretary, Ministry of Women Affairs and Social Inclusion, Mrs. Christiana Abioye said the programme has ensured more equitable distribution of resources to vulnerable populations.

According to a statement by the Ministry’s Media Officer, Temilola Akarah, the 66 trained independent monitors, selected across the 33 Local Government areas for timely reports of the scheme were also given engagement letters and tablets.

Mrs. Abioye said, the programme has helped the vulnerable population to have improved and sustainable living conditions, with increase in the economic growth of the State.

Mrs. Abioye who reiterated that the scheme was a right step in the right direction noted that Federal Government Social Investment Programme was in line with the poverty alleviation programme of the State Governor, Engr. Seyi Makinde.

“This administrative believes in quality education, good health and adequate security as well as thriving economy which are in tandem with the aims and objectives of Federal Government, NSIP”.

She however appealed to Federal Government to expand the social investment programme in view of the increasing population in the State.

The Minister, Ministry of Humanitarian Affairs, Disaster Management, and Social Development, Hajiya Sadiya Farouq said the 66 youths had earlier been trained on the assignment.

Represented by the Assistant Director, Planning, Research and Statistics, in the Ministry, Mrs. Jumai Abdu-Ali, and the Minister added that a re-training on the application of the social investment management information system, SIMIS, became imperative for effective service delivery.

“The application allows the Ministry to have visibility up to the Local Government level which will guide us at the Federal level to ensure that, the programme are working in line with their objectives which will essentially help us to deliver on. Our mandate and contribute to Mr. President’s vision of lifting 100 million Nigerians out of poverty”, she said.

Hajia Farouk said the sum of N30,000 would be paid as stipend to the participants while the contract would last for one year.

The Minister, who said 4,452 applicants were shortlisted out of 5,000 applicants Nationwide, stressed the need for the participants to handle the task given them with diligently.

In their separate goodwill messages, the Executive Assistant to the Governor on Disability Matters, Barrister Ayodele Adekanmbi and the State Director, National Orientation Agency, Oyo State, Mr.s Folake Ayoola commended the efforts of the Federal Government and urged the independent monitors to carry out the assignment with the heart of sincerity and use the gadgets for the purpose meant for.

Also two of the participants, Mr. Olayinka Babarinde and Mrs. Jumoke Ismail lauded the programme and appealed to Federal Government to sustain the scheme, so as to enable them plan their future through the stipends that would be given to them.

The independent monitoring officials are to undertake periodic report on the performance of all Federal Government programmes in their respective Local Governments in Oyo state. 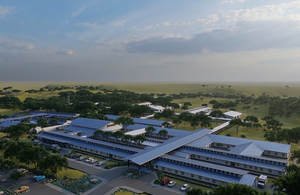