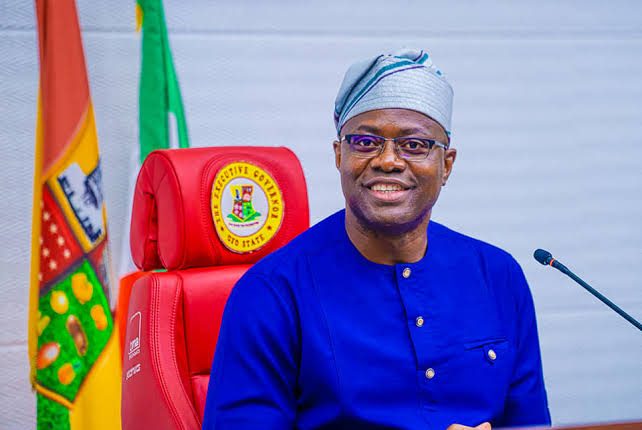 The Oyo State Councillors’ Forum, has, on Thursday, endorsed Governor Seyi Makinde’s re-election bid, while denouncing insinuations that the governor neglected its members since they came into office more than 11 months ago.

Apparently reacting to an online media report, the Forum said contrary to claims of neglect, Governor Makinde had, as of April 11, 2022 approved an improved welfare package for its members.

The group also passed a vote of confidence on the Oyo State governor for what it called exceptional leadership attributes and disposition to good governance, saying the efforts have brought unprecedented economic growth and sustainable infrastructural development to the nooks and crannies of the state.

The group spoke in a communique issued at the end of its general meeting, which held at the Council Chambers of the Ibadan North-East Local Government Area, Iwo Road, Ibadan.

The communique which was signed by the Chairman, Hon. Muili Arowodana and Secretary, Hon. Okunade Idowu, said the Councillors in the 351 electoral wards of the state have also expressed their unalloyed support for the governor and resolved to work assiduously for his re-election in 2023.

Furthermore, the Forum apologised to Governor Makinde for any embarrassment a recent voice -note, which it said painted a wrong picture of the situation in the councils, might have caused his person and the government, adding that its members have pledged to continously support his administration.

Oyo State Councillors’ Forum membersThe Councillors also explained that they would continue to remain the voices of the people, by doing all that is necessary to ensure that people at the grassroots continue to derive the much-desired dividends of democracy at all times.

The communique reads in part: “At end of the meeting the following resolutions were reached:
“That the Councillors in the 351 electoral Wards of the State restate their loyalty to the governor of Oyo State, His Excellency, Engineer Seyi Makinde and resolved to work assiduously for his re-election come 2023.

“That the Forum expressed its unalloyed loyalty to the leadership of the People’s Democratic Party (PDP) in Oyo State, promising to remain committed to the aspirations of all elective office seekers, come 2023 elections.

“That the Forum denounces insinuations in certain quarters that His Excellency, Governor Seyi Makinde, has neglected the Forum and its members since we came into office more than 11 months ago.

“That whereas there were welfare issues that came up during discussions on our platform recently, we have since discovered that Governor Makinde has, as of April 11, 2022, approved an improved welfare package for our members, which ranks as one of the best in the country.

“That the payment could not be effected alongside April 2022 salary due to bureaucratic processes and that the approval would come into effect this month of May.

“We sincerely apologise to His Excellency, Governor Seyi Makinde, for any embarrassment a recent voice-note which painted a wrong picture of the situation in the councils might have caused his person and the government, while we pledge our continued support for his administration.

“That as the closest class of political office holders to the grassroots, we will continue to remain the voices of the people, while doing all that is necessary to ensure that our people continue to derive the much-desired dividends of democracy at all times.

“That the Forum calls for a continuous cordial relationship between its members and the Chairmen and Chairpersons of local governments across the state to ensure prompt and adequate delivery of democracy dividends.

“That to avoid misinformation, our members are henceforth enjoined to always crosscheck information with the leadership of the Forum” the communiqué concluded.