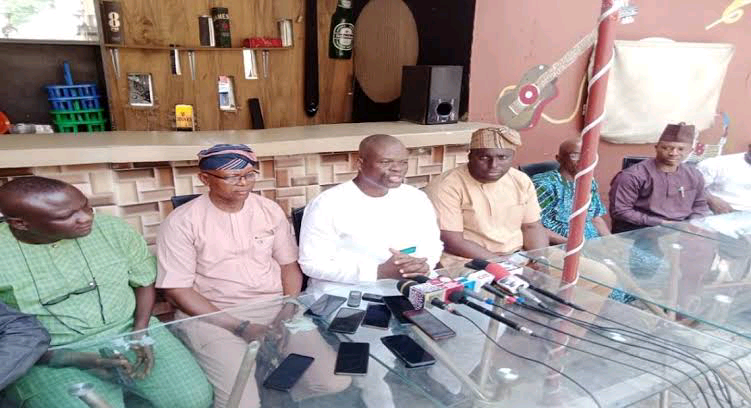 Coalition political appointees in Oyo State, who areners of the African Docratoc Congress, ADC have defected to the Peoples Docratic Party, PDP.

Those that defected include three serving commissioners, a Special Adviser and some local government political functionaries.

The Commissioner for Information, Culture and Tourism, Dr Wasiu Olatubosun, who spoke  on behalf of other defecting members, announced the decision in Ibadan, the state capital, during a news conference.

Olatunbosun who was flanked by some of the defectors gave the names of the commissioners to include, Seun Ashamu (Ministry of Energy & Mineral resources), Adeniyi Adebisi (Ministry of Agricultural Resources) and himself.

The commissioner also announced that the Special Adviser to Governor Makinde on Budget & Economic Planning, Gbenga Oyekola, some other appointees at the state level and ninety-three appointees and elected representatives at the local government level, also left the ADC for the PDP.

He said: “On behalf of the commissioners here – the Commissioner for Information, Culture and Tourism, Hon. Wasiu Olatunbosun; Commissioner for Energy, Barr Seun Ashamu and Commissioner for Agric, Hon. Adeniyi Adebisi, after much consultation with our leaders, we have decided to move to the ruling party, the People’s Democratic Party (PDP), because we believe that Governor Seyi Makinde has fulfilled his promises to our leaders.

The ADC is one of the coalition parties that worked to deliver victory for Seyi Makinde in the 2019 election.