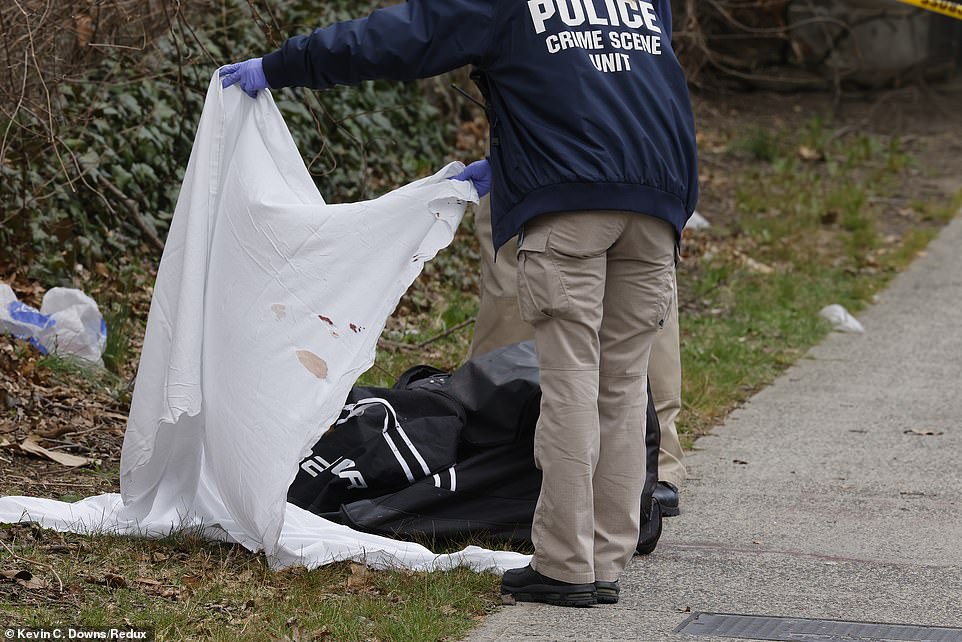 The killer who murdered married Queens mother Orsolya Gaal sent her husband a text afterwards saying it was revenge for her sending him to jail years ago, according to unnamed police sources.

Gaal, 51, was found dead inside a bloody duffel bag on the side of the road, less than half a mile from her home in Forrest Hills, Queens, at 8.11am on Saturday.

No one has been arrested for her death.

Police questioned her 13-year-old son Leo – who is thought to have been at home when she was killed – but he was released without charge.

Gaal’s equities advisor husband, Howard Klein, and their oldest son Jamie were out of town visiting colleges at the time of her murder.

Police believe Orsolya went out for the night on Saturday, possibly with a man, then returned home. She was killed inside the basement of her home then was dragged out in the bag, they say. Unnamed sources told PIX11 News that she had told her son she was going out with friends but was in fact with another man.

After she was murdered, police believe the killer used her phone to text her husband and say ‘your whole family is next’.

PIX11 cites sources who say the killer also told Howard: ‘Your wife sent me to jail some years ago. I’m back’.

On Saturday, Gaal’s husband Klein told The New York Post: ‘[My son] Leo is safe. Thank God [my son] is safe. There are concerns about our safety. Our lives are at risk.’

Surveillance footage has also emerged showing someone in a hoodie wheeling the bag near her home at around 4.30am. The bag is similar to one used by her 13-year-old son and could have been taken from the home by the killer.

A shocking surveillance photo captured the moment an unidentified person dragged a bloody hockey bag, filled with what cops are saying were the remains of a Queens mother, down a sidewalk Friday night

Gaal’s body was discovered in a blood-filled duffel bag in Queens early Saturday morning, near a popular walking path on Metropolitan Avenue in Forest Hills, on a section of street that cuts through a local park. Pictured is the sidewalk where the body was found

Gaal is pictured with her husband, Howard Klein, and two sons, aged 13 and 17, shown in December

A police officer covers up the hockey bag that Gaal was discovered stuffed into on Saturday morning.

The family some in Forrest Hills, Queens, on Saturday morning after her body was found nearby