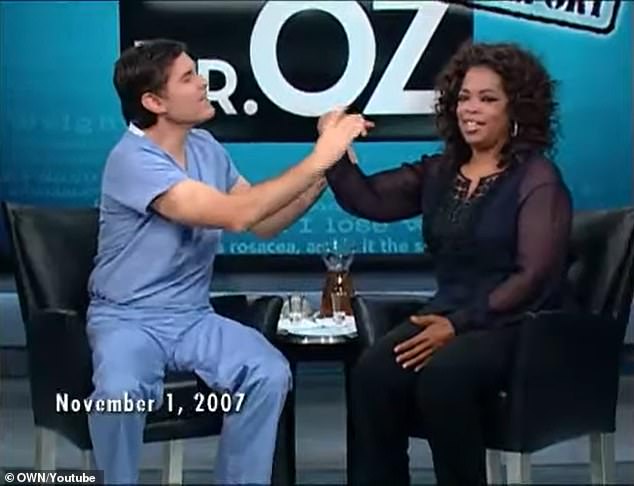 On Thursday evening, Oprah Winfrey announced that she would vote for Dr. Mehmet Oz’s opponent, John Fetterman, in their upcoming Senate election.

Before next week’s election, Oz, a Turkish-American surgeon, and Fetterman, the incumbent lieutenant governor of Pennsylvania, are neck-and-neck.

Winfrey made Oz a household celebrity by appearing on his show in 2003 and inviting him to appear on hers in 2004. He would eventually make almost sixty appearances on her immensely famous afternoon program.

On Thursday, however, the 68-year-old media magnate stated that she could not support her former guest.

“At the beginning of the midterm campaigns, I stated that it was up to the voters to decide who would represent them,” Winfrey remarked during a virtual town hall on voting.

If I lived in Pennsylvania, I would have voted for John Fetterman already.

Therefore, I implore voters to exercise discernment and make judicious decisions for the sake of our nation’s democracy.

Fetterman responded to the news with a heart emoji and the message, “WELCOME TO #TEAMFETTERMAN, @Oprah!!”

Winfrey’s backing for the Democrats is unsurprising, but her rejection of Oz will sting.

In 2003, when Oz and his wife Lisa launched the medical series Second Opinion with Dr. Oz for the Discovery Channel, the couple first met.

“To my good fortune, Gayle is not only persuasive, but also perceptive. On the day of the interview, I quickly recognized what she had sensed: a cardiac surgeon who cared as much about improving people’s lives as he did about healing their hearts.

In 2004, Winfrey invited Oz to come on her show, and he has since made over sixty appearances.

She continued, “Over the years, he educated us, gave us helpful advice, and saved countless lives, from heart attack victims who, thanks to him, recognized their symptoms in time to a cancer patient who, mindful of his warnings about medical errors, realized that her surgeon had failed to remove the tumor.”

He taught me everything I know about the omentum and prompted me to wear shorter heels (for which my bunions will be eternally thankful).

She asked him in the magazine interview, “Do you have any flaws?”

After his debate against Fetterman last month, calls for Winfrey to criticize him intensified, and on Thursday she finally did so.

She stated, “If I were in North Carolina, sister Cheri Beasley, or Florida, I would support Val Demings.”

Mandela Barnes in Wisconsin; Catherine Cortez Masto in Nevada; Beto O’Rourke in Texas; and Raphael Warnock and the great Stacey Abrams in Georgia.