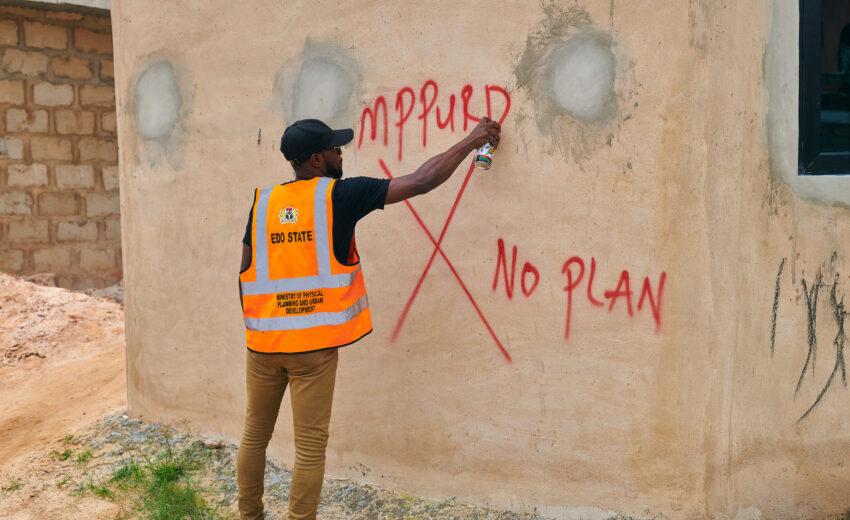 By Godfrey Osejele
The Operation Plan Edo initiative of the Edo State Governor, Mr. Godwin Obaseki is an expression of the Governor’s desire for residents to live in a decent and well-planned State.

The initiative exists as a broader spectrum of the ‘Operation Show Your Building Plan’ which was launched in March 2022.

The ‘Operation Show Your Building Plan’ requires property owners and developers to provide their building plans for clearance and recertification.

Operation Plan Edo has a broader scope which is aimed at recertifying building plans and collating data on the socio-economic needs of communities.

This exercise is in line with the Government’s vision of actualizing the 30-year Development Plan for the State.

During the ‘Operation Plan Edo’ exercise at the Ugbor axis of Benin City, Governor Obaseki, who was represented by the Commissioner for Physical Planning and Urban Development, Isoken Omo,  noted that the findings from Amagba and Ogheghe clearly showed the need for a synergy between Government and the people and as such, the Ministry of Physical Planning and Urban Development is collaborating with other Ministries by creating teams with hand-held devices which are assigned to the different communities for engagement and collation of data.

This data will then be sent back to the Government to aid Government’s knowledge of the most pressing needs of different communities in the State and also make necessary provisions for same.

The ‘Operation Plan Edo’ initiative has been birthed with broader scope and manpower as twelve other Ministries have been incorporated into the exercise.

This laudable initiative by the Edo State Government will create an effective collaboration between the Government and the people as it aims to bring Government closer to the people, and engender in the populace, that sense of inclusiveness in decision making concerning the growth and development of their communities and State.