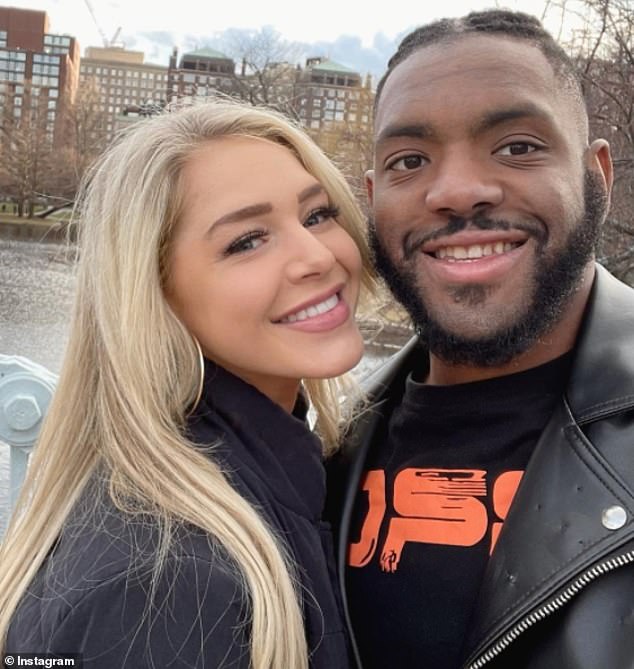 Clenney, 26, who uses the online alias Courtney Tailor to reach her two million followers, was detained in Hawaii on Wednesday. She faces a second-degree murder accusation with a dangerous weapon after her 27-year-old boyfriend Christian Obumseli was discovered dead at the couple’s Miami residence in April.

Clenney stabbed Obumseli in the shoulder and claimed self-defense when he grabbed her neck, according to her attorney Frank Prieto.

The pair moved to Miami earlier this year, dated for less than two years after meeting in Austin, Texas.
Numerous allegations of domestic abuse and neighbor complaints indicated that their relationship was tumultuous.

When Clenney was detained, she was receiving treatment for her drug misuse and post-traumatic stress disorder in Hawaii.

She was arrested for domestic battery in Las Vegas, and police were called to their home in Austin, Texas, on several occasions.

‘I’m completely shocked, especially since we were cooperating with the investigation and offered to voluntarily surrender her if she were charged,’ said her lawyer, Frank Prieto.

‘We look forward to clearing her name in court.’

Prieto said that, on the night of April 3, Clenney was forced to stab Obumseli after he grabbed her by the throat.

In April, Obumseli’s brother expressed his outrage at her for not being prosecuted with murder right away, claiming that this was due to her privilege as a “rich white lady” and not because she claimed she was acting in self-defense.

Clenney, who is also known as Courtney Tailor, then called 911 and said that she stabbed the man in the shoulder out of self-defense.

Just after the event, the model was seen on camera covered in blood sitting on her high-rise balcony.

‘The bottom line is inextricably clear: Courtney is being treated differently because of her privilege as a wealthy White woman,’ Jeffrey Obumseli wrote on Instagram.

‘Within 24 hours following Toby’s death, the detective on the case prematurely concluded this was not a crime of violence.’