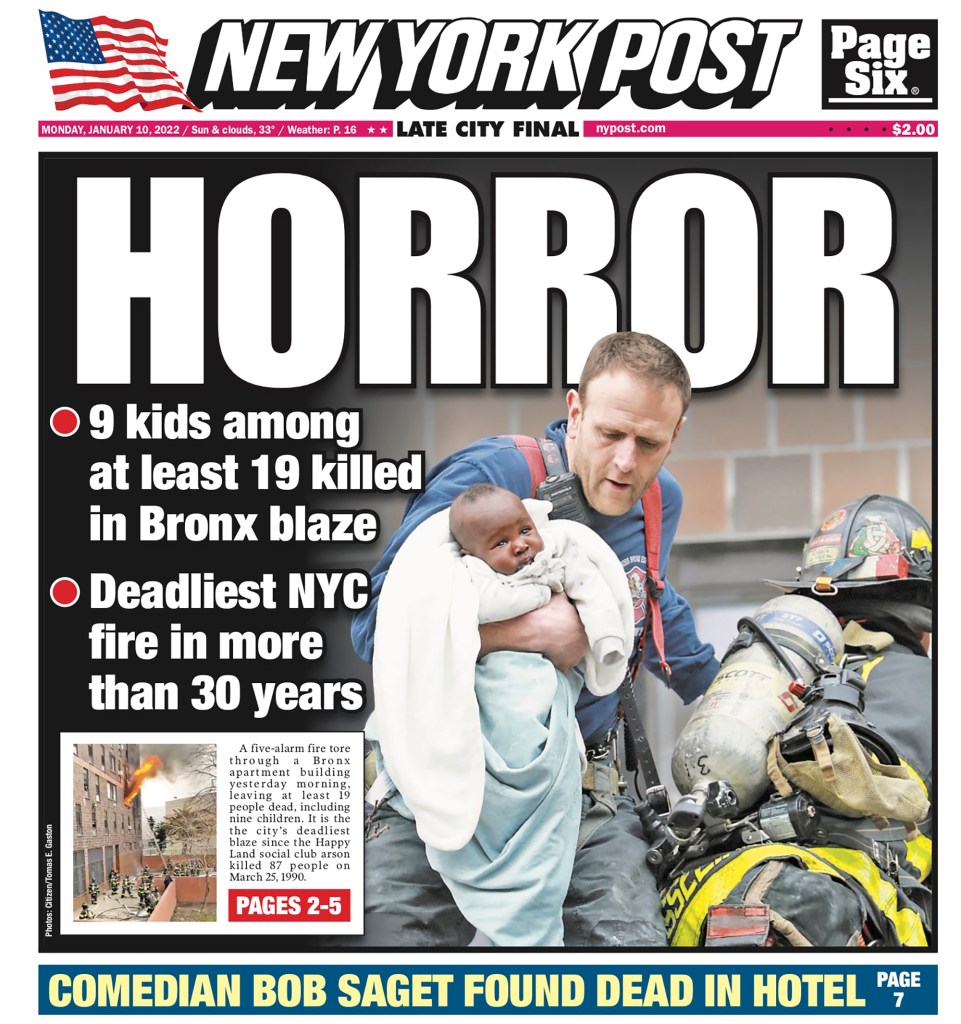 On Monday, a mournful vigil commemorated the one-year anniversary of one of the saddest days in the city’s history: the fire at the Bronx high-rise Twin Parks, which killed 17 people, including eight children.

Surviving residents and city officials met at the 19-story Fordham Heights building to honor the victims and rename the street 17 Abdoulie Touray Way, in recognition of the number of victims and the first West African immigrant to settle into the building.

At the vigil, Bronx Borough President Vanessa Gibson remarked, “We remember their lives on this day, one year later.” “We will forever remember January 9, 2022 as a dark day in the history of our community, our borough, our city, and our state.”

“We have found meaning in our suffering,” Gibson remarked. “We have found courage in the midst of the storm. We may be harmed, but we are not annihilated. Although we may be injured, we are not broken. We have a robust community.”

However, for some, the tragedy is still too recent.

Wanda Brown, a renter on the 15th floor, said on Monday, “I haven’t been able to move on.”

The fire at Twin Parks in the Bronx on January 9, 2022 claimed the lives of 17 people, including eight children.
On Monday, the one-year anniversary of the Twin Parks tower’s fatal fire, Mayor Eric Adams attended a private service at a mosque near the site of the highrise.
Stephen Yang

“The family who lived next door to me has passed away; they were my neighbors,” said 60-year-old Brown. “Every day I must go past their door to reach mine. The tragedy is that I must always pass through the door.

“Sometimes I can’t even look at it when I pass by,” she added.

The fire on January 9, 2022 was subsequently attributed to a defective electric space heater and fire-safety doors that failed to close.

Monday, New York City Public Advocate Jumaane Williams stated, “This was a result of inadequate affordable housing.” “Until we correct this, I believe we will be back here again.”

The majority of individuals injured or killed at the Twin Parks tower in the Bronx on January 9, 2022 were recognized as immigrants from West Africa.
Christopher E. Gaston

Prior to attending the vigil on Monday, Mayor Eric Adams attended private services at the nearby Masjid-Ur-Rahmah mosque. The majority of the casualties were Muslim immigrants from The Gambia and other parts of West Africa, according to the authorities.

Anthony Wallace, 50, who resided in the building when the fire broke out but has since relocated, told The Post on Monday, “Today is an emotional day.” “I occasionally visit the building, but today is a day for sharing memories.”

On Monday, one survivor approached a group of firefighters at the scene and thanked them for saving their lives. You are our heroes.”

Officials concluded the fire at the 333 East 181st Street high-rise began in apartment 3N shortly before 11 a.m., and spread throughout the building with poisonous smoke.

Mamadou Wague, whose family resided in the apartment, later told The Post that he believed he pushed the door out too much when he escaped, causing the self-closing door to become stuck open.

On January 9, 2022, a six-alarm fire at the Twin Parks tower in the Bronx was one of the deadliest fires in the city’s history, leaving 17 people dead, including eight children.
AP

According to the official fire department report on the tragic blaze, at least two stairway doors were also left open, allowing the smoke to spread throughout the 120-unit structure.

The 230-page FDNY assessment, finished in September, concluded: “As occupants evacuated the fire apartment, 3N, the door to the fire apartment was not closed, allowing smoke to travel unimpeded throughout the third-floor hallway.”

All 17 fatalities either evacuated their apartments into the public hallways or attempted to do so, exposing their living space to the smoke in the public corridor.

The December amendment to the US Fire Administration Act gives federal fire investigators broader authority to examine the causes of local fires in response to the Bronx fire and other fatal instances.

The federal fire bureau also declared that it would commemorate the Bronx fire’s anniversary.

The deadly fire on January 9, 2022, in the Twin Parks skyscraper in the Bronx was caused by a malfunctioning electric space heater in unit 3N, according to FDNY investigators.