Skip to content
Go Home «» News «» Breaking News «» “Once in a generation” killings. Many Buffalo roads are still ‘impassable’ 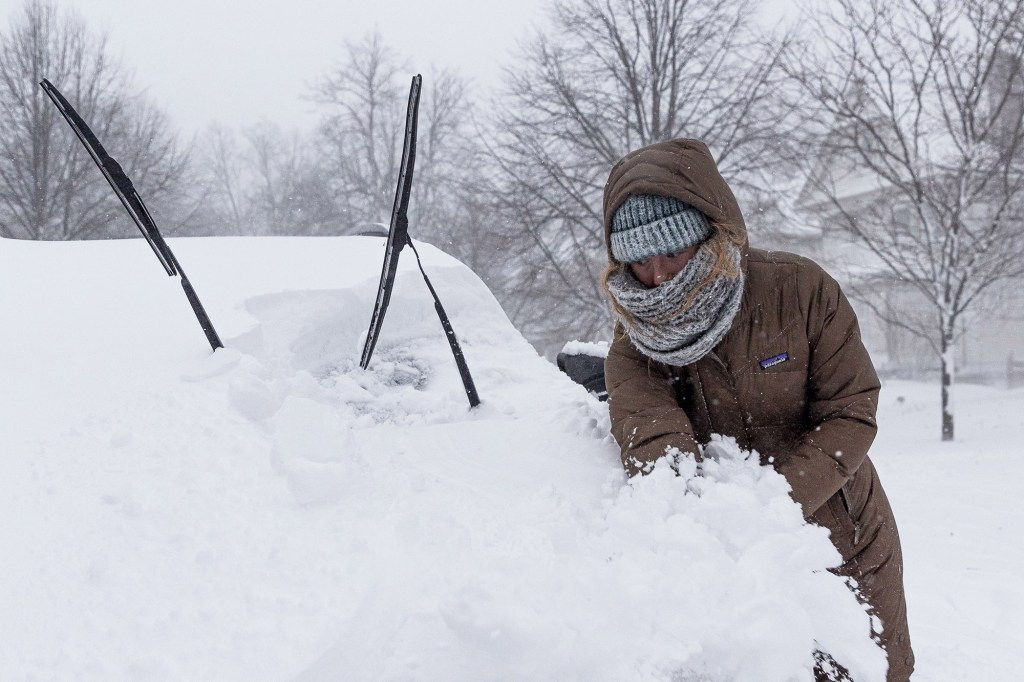 At least seven people were killed in and around Buffalo, New York, by the strong winter storm, and the death toll was anticipated to grow, officials said in a “sobering” Christmas morning media conference.

First responders were working feverishly to clear major roadways to aid with rescue and recovery efforts and assist utility employees in restoring electricity to approximately 19,000 homes when the terrible information was provided.

Volunteer snowmobilers were despatched to assist motorists who had been stranded in their vehicles for more than a day, leaving officers who had been unable to reach them “demoralized,” according to the mayor of Buffalo.

Officials told The Post on a Zoom call that at least one of the city’s six storm-related fatalities occurred when the person was entrapped in their vehicle, and that they had received unverified reports of further deaths in automobiles.

As Erie County officials confirmed another fatality in the suburbs, Police Commissioner Joseph Gramaglia warned, “We know that number is going to be higher.”

Brown reported that the New York State Police and the National Guard were called into the city when snow removal efforts began on Sunday.

After the snow stopped falling in Buffalo early Sunday morning, SWAT units and underwater recovery teams equipped with a “huge amount” of cold weather equipment were also deployed there.

At the height of the storm, hurricane-force winds of up to 79 miles per hour blew snow into drifts up to six feet tall, stranding at least ten department equipment.

Fire Commissioner William Renaldo stated that many of his firefighters had been on the job for 96 hours straight, and that the department had fought three “extremely significant” fires that required the Red Cross to transfer “a lot of families.”

Brown stated that Buffalo was “ground zero” for what “local and national meteorologists… dubbed… as a ‘once in a generation storm'” as he urged city residents to adhere to the driving prohibition.

People have put themselves in danger when attempting to leave their homes without power, according to Byron. They have found themselves in more dire circumstances.

The Democrat told reporters that his home was one of many without power until recently, and that he and his family wore clothes and slept under extra blankets while the temperature dropped to 42 degrees in his home.

Sunday, as the city began to dig out of the snow, the New York State Police and the National Guard were called in to assist.

Brown stated, “We are aware that this is a serious situation and that some residents have been without electricity for up to 24 hours.”

“We reiterate: do not venture outside,” the mayor cautioned. “The sun is shining, but don’t be deceived… you will become part of the problem.”

According to Christopher Tate, an associate forecast producer for Fox Weather, Buffalo’s airport had reported 43 inches of accumulated snowfall from the “historic” event, but the lakeside metropolis was still not out of the woods.

According to Department of Public Works Commissioner Nate Markin, several roadways were “totally inaccessible,” and relief on numerous secondary routes was not expected until Monday or later.

Markin stated that crews were focused on clearing emergency routes to the hospital on Sunday and had no plans to clear side streets.

According to the commissioner, parking regulations and garbage and recycling collection were suspended “indefinitely” to “enable crews to focus on life safety and access initiatives.” The airport remained closed and was due to reopen at 11 a.m. on Monday.

The devastating snow emergency occurred a little over a month after the town of Hamburg, New York in Erie County reported 81.2 inches of snow between November 16 and November 20, but the “historic” aspect of the present storm was owing to its extraordinary severity and proximity to Christmas.

Tate stated that this is the first time there have been blizzard conditions coming up to Christmas Day. It was also accompanied by severe snowfall and freezing temperatures.

Bomb cyclone is a meteorological phenomenon that happens when atmospheric pressure plummets and frigid air collides with warmer, moister air with explosive consequence.

Blizzard conditions are officially defined as snow events lasting three hours with winds of 35 miles per hour and visibility of one quarter mile. Tate noted that several regions of Western New York had seen these extreme circumstances for about twenty-four hours in a row.

Even in a blizzard, it is uncommon to have zero visibility. Typically, it is a sixteenth of a mile… This was the case for an extended length of time under this arrangement, he stated.

The bomb cyclone weather phenomenon, which occurs when atmospheric pressure drops and cold air collides with warmer moist air, was exacerbated by temperatures in the single digits and teens meeting with comparatively warm air from Lake Erie, which had temperatures in the mid-40s.

Tate predicted that the storm would be referred to in the local parlance as “The Christmas Blizzard.”

Twenty years from now, someone who has lived in the area for an extended period of time would recognize the precise storm you are referring about.

»“Once in a generation” killings. Many Buffalo roads are still ‘impassable’«