Skip to content
Go Home «» News «» Breaking News «» On the night of the attack, a neighbor of the University of Idaho murder residence heard a scream 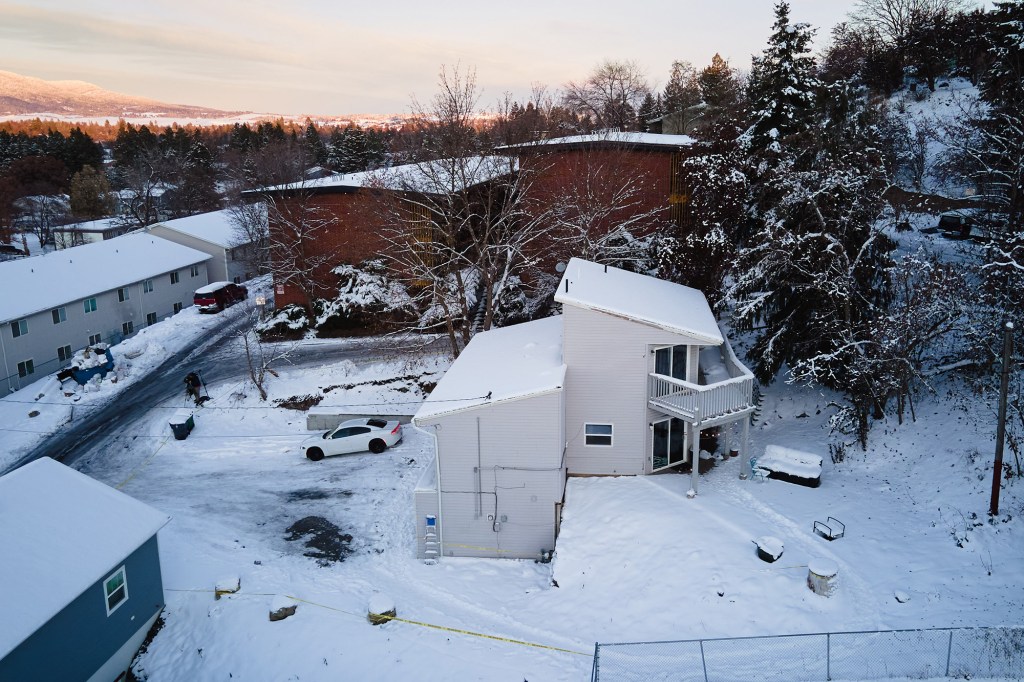 On the night of the killings, a neighbor of the four University of Idaho students who were savagely stabbed to death reported hearing a scream.

Inan Harsh, 30, a resident of the apartment building adjacent to the off-campus residence, reported returning from his job as a cook at approximately 1:30 a.m. According to The Idaho Statesman, he heard someone yell on November 13 and reported the incident.

As he slept off at approximately 4:00 a.m., he imagined it was a “party sound” emanating from the six-bedroom home at 1122 King Street in Moscow, where the dead sorority sisters frequently held weekend gatherings.

Harsh told the newspaper, “I didn’t think much of it.” “After what has transpired, I have had second thoughts. Perhaps it was not a party noise.”

Harsh stated that he did not convey the alarming information to authorities during the initial interview, but afterwards contacted detectives when he realized that someone may have been screaming in distress.

Harsh resides in the apartment complex adjacent to the residence where the murders occurred.

He stated, “I’m not sure what good it does them at this point.”

When the neighbor returned the following morning, he reported seeing an unusual black luxury SUV parked a few spaces away from the front of the residence.

The timing of the scream recorded by Harsh coincides with the moment at which police suspect an intruder entered the three-story residence and stabbed to death Kaylee Goncalves, 21, Madison Mogen, 21, Xana Kernodle, 20, and Ethan Chapin, 20.

Two additional roommates who resided on the first floor of the house were unharmed.

After nearly a month, police and the FBI have announced neither suspects nor a profile of the probable perpetrator.

»On the night of the attack, a neighbor of the University of Idaho murder residence heard a scream«