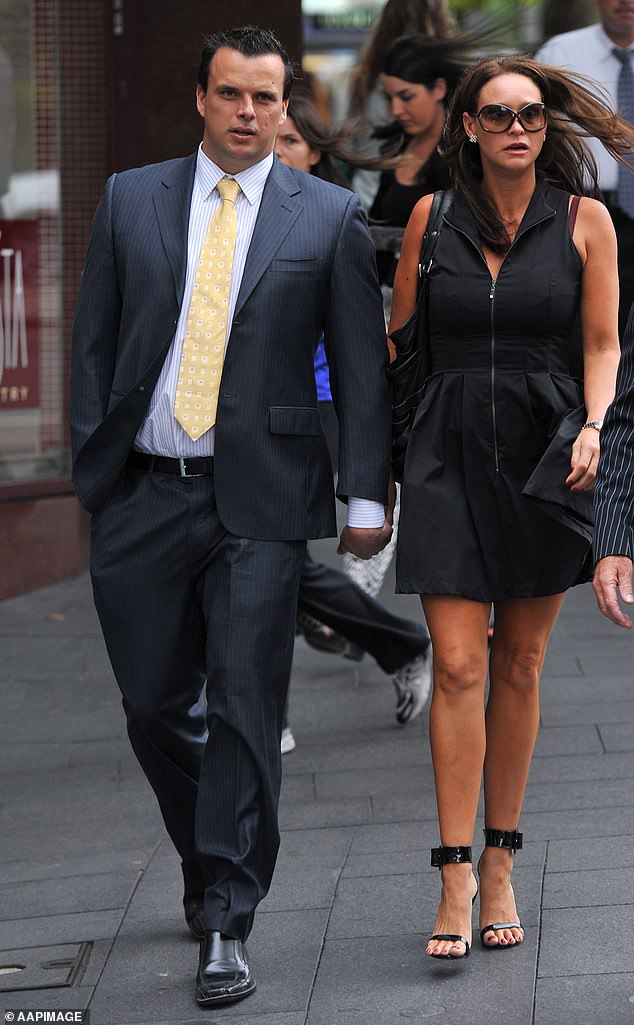 A court heard that the unconventional and lonely upbringing of former Olympic swimmer Scott Andrew Miller led him down the perilous path to importing over $2 million worth of meth.

His attorney, Arjun Chabra, told the NSW District Court on Thursday that his client’s adulthood was characterized by substance misuse and sadness, as well as solitude.

The conditions alone appear to have driven him down this perilous path.

He claimed that Miller’s childhood was ‘rigid and focused on competition,’ where he was’mismanaged.’

In February of 2021, he was arrested at his Sydney residence after four kilograms of crystal methamphetamine were discovered concealed in eight candles.

With each candle containing 500 grams of the illegal substance, authorities estimate that the overall haul might have been sold for more than $2 million.

Mr. Chabra stated, “He missed out on school, making friends, and the academic and emotional training one would expect to receive in adolescence.”

His life was extremely regimented and geared towards competition. He was mismanaged, neglected, and thought to be homesick.’

According to court testimony, Miller suffered from melancholy and anxiety at the time of the offense and regularly used ice and heroin.

His attorneys also cited the dissolution of his marriage to Charlotte Dawson, who committed suicide in 2014.

Her corpse was discovered the morning following Miller’s 39th birthday.

Mr. Chabra stated, “Being a media personality, he accepted responsibility for that, and it was again brought to the public’s attention.”

This public shaming and humiliation has worsened his life today.

However, the prosecution contends that Miller’s drug offenses have only a tenuous connection to the demise of his swimming career.

Crown prosecutor David Scully stated, “It is not inconceivable that 20 years later, a person would knowingly engage in the business of being a drug dealer.”

It falls under the category of background information but has no significant impact on the offender’s moral culpability.

The swimmer is currently in custody and faces charges of participation in a criminal organization and dealing with the proceeds of crime.

He is currently incarcerated and will be sentenced alongside co-defendants Wayne Allan Johnson and Justin Szabolics.

Szabolics is in custody and faces one count of supplying a large commercial quantity of a controlled substance and one count of membership in a criminal organization.

A fourth man Luke Mathew Peake was sentenced to a maximum term of imprisonment of two years and six months in March this year for his role in the drug syndicate. His 15-month non-parole period ended on May 13.

Police previously said the drugs, from Sydney, were bound for regional NSW.

Appearing via video link, Miller was emotional and teary during his lawyer’s submissions.

He is due to be sentenced on November 10.