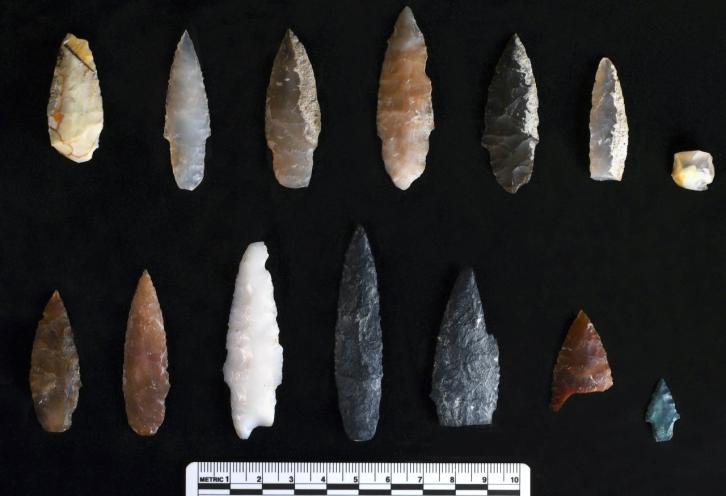 According to a new study published in the journal Science Advances, archaeologists in Idaho have uncovered 13 projectile points that date back around 15,700 years, making them the oldest weapon heads yet reported in the Americas.

Similar stone points discovered at the same site, on traditional Nez Percé territory, are around 2,300 years younger than this most recent stockpile of weapon heads.

Professor Loren Davis of Oregon State University, who led the recent excavation that uncovered the “razor-sharp” weapon heads, stated: “These discoveries contribute very significant information to the archaeological record of the earliest peoples of the Americas.”

“It’s one thing to declare, ‘We believe people inhabited the Americas 16,000 years ago,'” the author writes. “It’s another thing to measure it by the artifacts they left behind,” Davis said, whose prior research had revealed bone fragments and tool parts from the same time period.

The team’s dig near the Salmon River at Cooper’s Ferry has found approximately 65,000 artifacts.

Davis highlighted that the well honed darts are strikingly comparable to those found in Hokkaido, Japan, dated from 16,000 to 20,000 years ago, adding excitement to the theory that ice age peoples from North America and Northeast Asia met far earlier than we can show.

Davis stated, “By comparing these points to other sites of the same age and older, we can deduce the spatial extents of social networks in which technological information was transferred among people.”

And despite their modest size, each dart tip was less than two inches long, according to scientists, these weapon heads were “lethal” in the hands of an experienced hunter.

“Smaller projectile points put on darts will penetrate deeply and cause significant internal injury,” warned Davis. These weapons can be used to hunt any known species of animal.