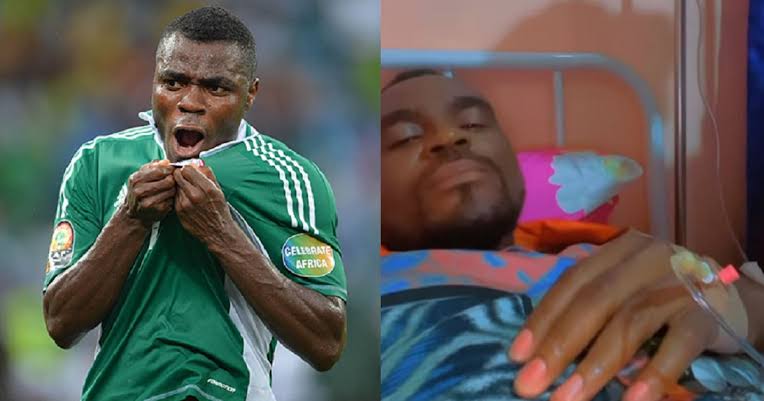 Suer Eagles legends Austin Okocha, and Kanu Nwankwo have sympathised with Emmanuel Emenike who has been admitted last week to an undisclosed hospital.

Emenike who played for Super Eagles in the 2013 AFCON tournament and was the highest goal scorer for Nigeria recently uploaded a video of himself being treated for an undisclosed ailment in an undisclosed hospital.

The former Fenerbahce forward until recently played for Waterloo captioned the video, “God is good, the pain is too much for me and my heart cannot carry it anymore.”

Reacting to Eminike’s post, Nigerian football stars have trooped out en-mass to show their support, sending out prayers and good wish messages to the ex-Fenerbahce’s forward via their Instagram pages.

Similarly, former African footballer of the year, Kanu Nwankwo wrote, “Get well my brother. God is with you.”

Moving on, another Super Eagles player that sent his heart warmth wishes to the player is, Sodje, who wrote on his Instagram account, saying, “Hey bro, get well soon.”