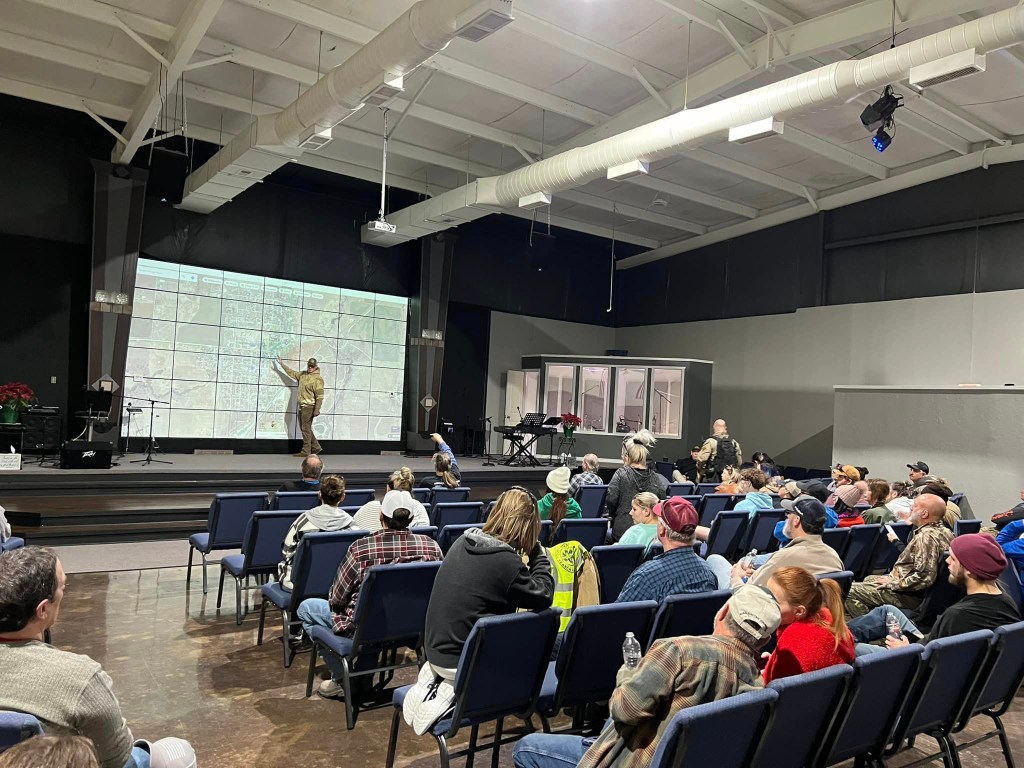 A 4-year-old girl from Cyril, Oklahoma, has been missing since earlier this week, and authorities are requesting assistance from the public in their investigation.

According to OHP Trooper Eric Foster, Athena Brownfield has been missing since Tuesday, and the Oklahoma State Bureau of Investigation (OSBI) and Oklahoma Highway Patrol (OHP) have dispatched infrared helicopters, boats, four-wheelers, and personnel to search the surrounding region for her.

“We’ve been in the air with infrared-equipped helicopters, and on the ground, grid searches have been conducted on foot and with four-wheelers,” Foster stated at a press conference on Wednesday afternoon, as reported by FOX 25. Our Emergency Response Team (ERT), which is specially trained to search on foot for people and items, is out in the field in collaboration with civilians who have volunteered their time and effort.

Brook Arbeitman, the bureau’s public information officer, confirmed this information and said, “We are still aggressively searching for her utilizing all of our resources. We continue to actively search for her despite the fact that we are discovering items that we hope may provide us with clues to her location.

According to the article, authorities also deployed dogs from the Oklahoma Department of Corrections to aid in the search.

“This is a very active and ongoing investigation, and our top priority at the moment is to locate her.” And determining who is accountable is the next step. “We must locate this young girl,” Arbeitman stated. She is alone in the elements. Therefore, is it endangered? Yeah. But has she been physically harmed? This has not yet been determined.”

This ground search lasted the entire day on Wednesday, but finished when volunteers scoured “the entire town,” according to Arbeitman.

Currently, the Oklahoma Department of Corrections (ODOC) has search dogs in the region, and the Oklahoma Bureau of Narcotics and Dangerous Drugs (OBNDD) flew drones over the community, according to the report.

Athena was reported missing at 2:00 p.m. on Tuesday after her 5-year-old sister was discovered alone near their home in Cyril, which is located approximately 70 miles southwest of Oklahoma City.

The older girl was characterized as being fearful but not in need of medical attention.

It is unclear how long she was missing prior to her disappearance being reported.

Arbeitman stated, “We are still putting together an exact timeline.”

The location of the girls’ parents or guardians at the time of Athena’s abduction is unknown. It is also unclear where the kids were residing when Athena vanished.

According to KOCO News, Arbeitman stated Wednesday morning that the inquiry into who was supposed to be supervising the girls is underway.

Numerous information regarding the 4-year-old child, whose age was previously reported to be 3, but has now been corrected, are unknown. Foster stated that an Amber Alert has not been issued since her disappearance does not match certain criteria.

“There are specific rules and requirements that we must adhere to,” he explained. “Not every aspect of that guideline was applicable in this instance. Therefore, the next best option was to publish a “Missing and Endangered” notice within a 15-mile radius of where she went missing.”

Officers of the law continue to conduct interviews and study CCTV footage from the area. They are also requesting that anyone with doorbell cameras or surveillance footage of the area near the 200 block of West Nebraska contribute to their efforts.

The OSBI stated, “The entire law enforcement community assisting in locating Athena is grateful to the local volunteers, restaurants, and churches, as well as those who have called in tips.”

Residents are invited to look for Athena on their own property.

Fox News Digital is aware of social media posts pertaining to Athena’s parents or living situation, but the OSBI advises individuals and media outlets not to disclose unsubstantiated information as it could harm the investigation.