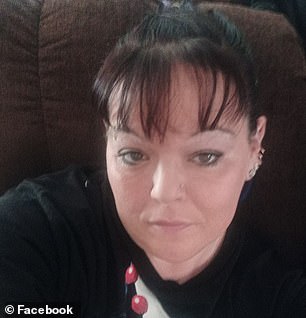 McAtee was charged and appeared in court on Thursday where he smirked and laughed.

The judge replied: ‘You’re going to make me cranky.’

After his bond was set at $1million, the teenager scoffed: ‘That’s ridiculous’.

On social media, the boys’ family shared their grief.

In a now deleted comment on a local newspaper’s Facebook page, the boy’s father wrote: ‘He’s a schizophrenic.

Others who attended school with him said he suffered mental health issues.

It is unclear who else was in the apartment with the two boys when Nate turned on his brother.