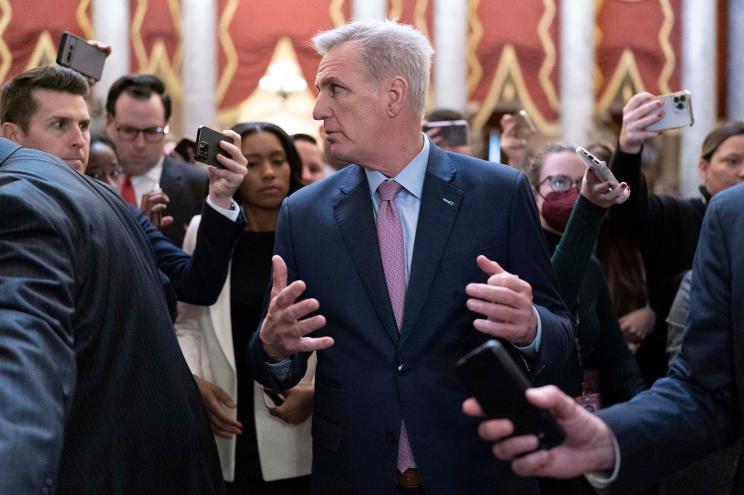 CNN staffer working late on Friday night to cover the election for House Speaker groaned audibly into a hot mic after Rep. Kevin McCarthy spoke, indicating a lack of enthusiasm.

“We will return tonight. “At that time, I believe we’ll have the votes to put an end to this for good,” McCarthy told reporters on Friday, according to network coverage.

“It reminds me of something my father often taught me: it’s not how you begin, but how you end. McCarthy said as he was closing in on a Saturday morning victory, “Now we must finish for the American people to change their minds.”

It is unknown which CNN employee made the comment. The company representative did not respond to The Post’s request for comment.