The Ogun State government has refuted reports in a national daily and some social media platform insinuating that it had enlisted the help of Mr. Sunday Adeyemo, aka Sunday Igboho, to combat crimes in the state. This was just as it reiterated its commitment to the security of all residents and properties in the state.

The government made its position known in a statement issued by the State Commissioner for Information and Strategy, Alhaji Abdulwaheed Odusile, in Abeokuta, the state capital, on Monday.

Refuting the news report credited to Hon. Remmy Hazzan, the Special Adviser on Public Communication to Governor Dapo Abiodun, Odusile noted that his (Hazzans) virtual interview with a reporter had been quoted out of context and twisted to achieve sensational effects.

Click For Offers
The statement said: “In the interview, Hon Hazzan had said that the state government, in its usual inclusive approach to governance, would continue to work with all the stakeholders, both within and outside the state, to ensure security of lives and properties. Sadly, however, this statement was disingeniously twisted to mean that the State had invited Mr. Adeyemo to help curb insecurity. This is regrettable and totally misleading.

Prince Dapo Abiodun’s Administration, since inception, has been known to be inclusive in its approach, always collaborating and engaging with a wide range of stakeholders. Security is no exception, resulting in the achievement of the enviable status and recognition as most secure state in the country by many organisations, including the recent Award by Business Day Newspaper, among others.”

Outlining the steps taken by the Abiodun administration to secure life and property in the state, Odusile said: “Upon assuming office, this Administration restructured the Ogun State Security Trust Fund and put the critical stakeholders (private sector) at the driving seat; strengthened the engagement with security agencies in the State and provided them with 100 Hilux patrol vehicles, 200 motorcycles and equipment to make them more effective and efficient; partnered with other South-West States to set up the Amotekun Security Network; appointed two Special Assistants ( on ethnic relations) to ensure smooth interface with non-indigenes on a wide variety of issues, including security; among other stakeholder-driven initiatives.

“This constant stakeholders’ engagement approach runs through all the government activities and programmes. Therefore, Hon. Remmy Hazzan’s statement of working with stakeholders within and outside the state should be viewed within this context.

For avoidance of doubt, Ogun State Government will continue to deploy all constitutionally sanctioned means to fight crimes and criminals in the state, including working with institutions that the constitution and other statutes have saddled with the responsibility of protection of lives and properties.

Click For Offers
“At all times, the Government will ensure that all security agencies and indeed all stakeholders operate within the ambit of the law and will neither welcome nor endorse any initiative that amounts to self-help or is outside the contemplation of the constitution, which is the grundnorm binding on all governments and persons in the country.”

The statement added that the government would continue to attract and welcome all those with legitimate reasons to live, work and even play in the State, saying that it is home to all Nigerians and foreigners alike.

However, the Government hastens to add that the State will not be conducive for any group or individual that undermines the peace, security and social wellbeing of the State as the Government has directed the security agencies to be unrelenting in swiftly apprehending and bringing to justice any perpetrator of crimes and criminalities in the state.

The government, once again, thanks and enjoins our community and religious leaders as well as other stakeholders to continue to cooperate with the government and security agencies in the joint task of ridding the state of all forms of crimes.

The Government advised the residents to continue to go about their normal businesses, the statement concluded. 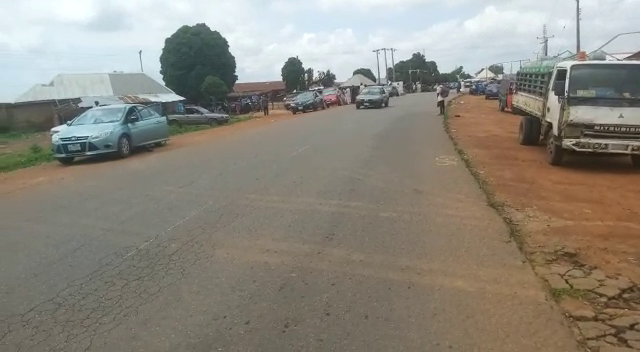