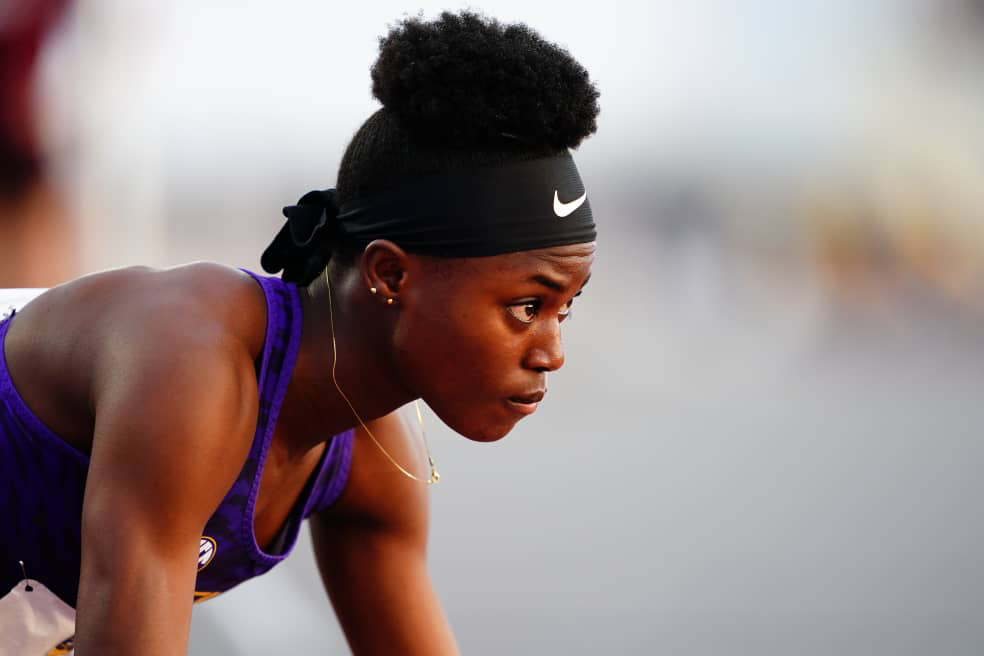 Ofili, an undergraduate with Louisiana State University (LSU), earned a spot on the 10-woman watch list for the first time in her career after recording a time of 21.96 seconds at the Tom Jones Invitational in Gainesville, Fla.

The honour came a few days after Ofili was selected by the U.S. Track & Field and Cross Country Coaches Association as its national athlete of the week for her performance in Florida.

In addition to breaking Dawn Sowell’s 33-year-old LSU mark of 22.04 secs, Ofili’s time was a Nigerian national record and is the fastest in the world this year.

Apart from her 200m strides, Ofili also registered a personal best of 11.00secs in the 100 meters at the Joe May Invitational on April 9.

Indoors, Ofili was runner-up in the NCAA 200m while taking seventh in the 60m. Ofili’s debut on the Watch List gives LSU 10 such appearances in joining Oregon, Texas A&M, and Texas as programs with 10 or more athletes on the women’s Watch List.

The Bowerman, which debuted in 2009 and is named after former University of Oregon coach Bill Bowerman, is presented annually by the USTFCCCA to the most outstanding male and female NCAA track & field athletes in the United States.