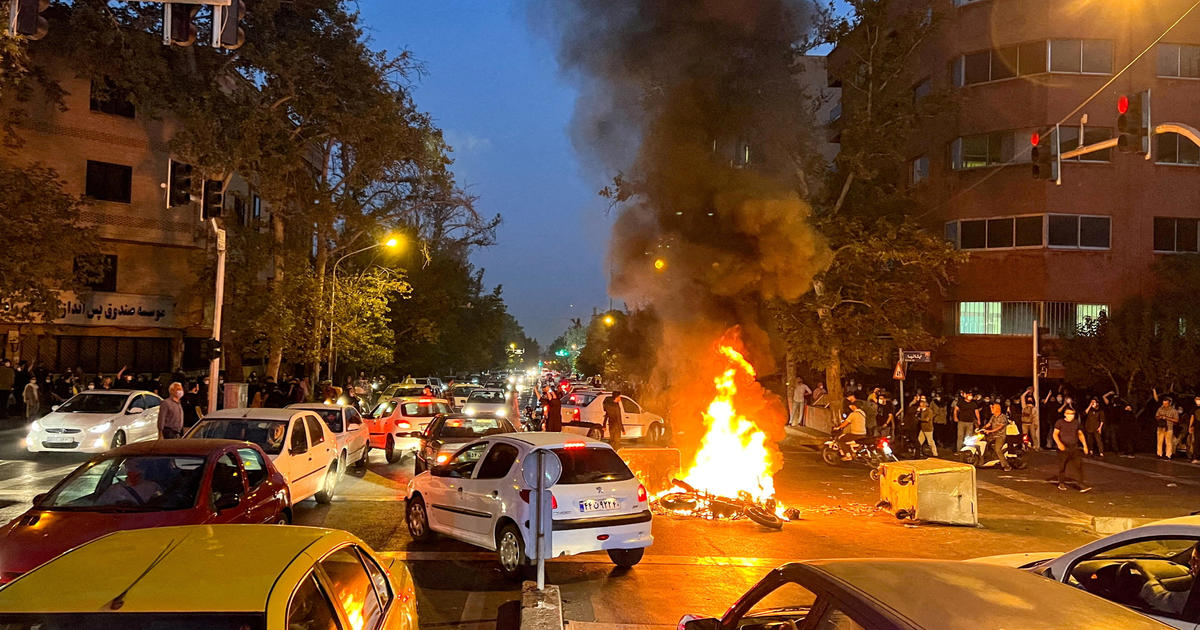 Local media reported on Sunday that Iran has disbanded its morality police following more than two months of demonstrations sparked by the murder of Mahsa Amini, who was arrested for allegedly breaching the country’s stringent clothing code for women.

Women-led protests, termed “riots” by the government, have swept Iran since the death of a 22-year-old Iranian woman of Kurdish descent on September 16, three days after her detention by the Tehran morality police.

Demonstrators have burnt their mandated hijab head coverings and chanted anti-government chants, while an increasing number of women, notably in sections of Tehran, have refused to wear the hijab.

Attorney General Mohammad Jafar Montazeri was cited by the ISNA news agency as stating, “Morality police have nothing to do with the judiciary and have been eliminated.”

According to the article, he made the remark at a religious conference in response to a query about “why the morality police were being disbanded.”

This is a rare concession to the protest movement, and officials have acknowledged the demoralizing effect of an economic crisis caused by U.S. sanctions.

A police motorbike burns during a demonstration on September 19, 2022 in Tehran. WANA NEWS AGENCY via REUTERS

Seyyed Nezamoldin Mousavi, spokesperson for the parliament presidium council, stated, in reference to “livelihoods and the economy” in the Islamic republic, that “the best method to fight the riots is to… give heed to people’s legitimate needs.”

Since the 1979 Islamic Revolution, which deposed Iran’s monarchy supported by the United States, authorities have scrutinized women’s and men’s compliance with the rigorous dress code.

Gasht-e Ershad or “Guidance Patrol” was founded to “promote the culture of modesty and hijab” under the authoritarian administration of Mahmoud Ahmadinejad.

The units were established by the Supreme Council of the Cultural Revolution of Iran, which is currently led by President Ebrahim Raisi.

In 2006, they began patrolling to enforce the dress code, which requires women to wear long clothing and prohibits shorts, torn jeans, and other clothing deemed impolite.

The elimination of the units was announced a day after Montazeri stated that “both parliament and the courts are working” on the question of whether the legislation mandating women to cover their heads should be modified.

Raisi stated in broadcast remarks on Saturday that while Iran’s republican and Islamic underpinnings are legally enshrined, there are various approaches for executing the constitution.

However, the role of the units has always been disputed.

His successor, the ultraconservative Raisi, called for the deployment of “all governmental institutions to execute the headscarf legislation” in July of this year.

At the time, Raisi asserted that “the enemies of Iran and Islam have targeted the cultural and religious values of society via the growth of corruption.”

Saudi Arabia, Iran’s regional adversary, also employs morality police to enforce female clothing standards and other norms of conduct. Since 2016, the army has been relegated to the background in an effort by the Sunni Muslim nation to shed its reputation of austerity.

The Union of Islamic Iran People Party, the country’s leading reformist party, demanded the repeal of the hijab legislation in September.

The group, which was founded by relatives of former reformist president Mohammad Khatami, requests that the government “prepare the legislative materials necessary for the repeal of the compulsory hijab legislation.”

Saturday, it also demanded that the Islamic republic disband its morality police and permit peaceful demonstrations.

Iran blames its opponent, the United States, and its allies, notably the United Kingdom and Israel, as well as Kurdish parties located outside the nation, of inciting the street demonstrations.

An Iranian general stated on Monday that more than 300 people had been murdered in the turmoil, including dozens of members of the security forces.

Iran Human Rights, a non-governmental group based in Oslo, said last week that at least 448 individuals had been “killed by security forces during continuous countrywide protests.”

There have been thousands of arrests, including notable Iranian actors and footballers.

The actor Hengameh Ghaziani was among those jailed last month. She had posted a video of herself removing her head covering on Instagram. She was later released on bond, according to Iranian news outlets.

»Official: Iran is disbanding its morality police after two months of protests«