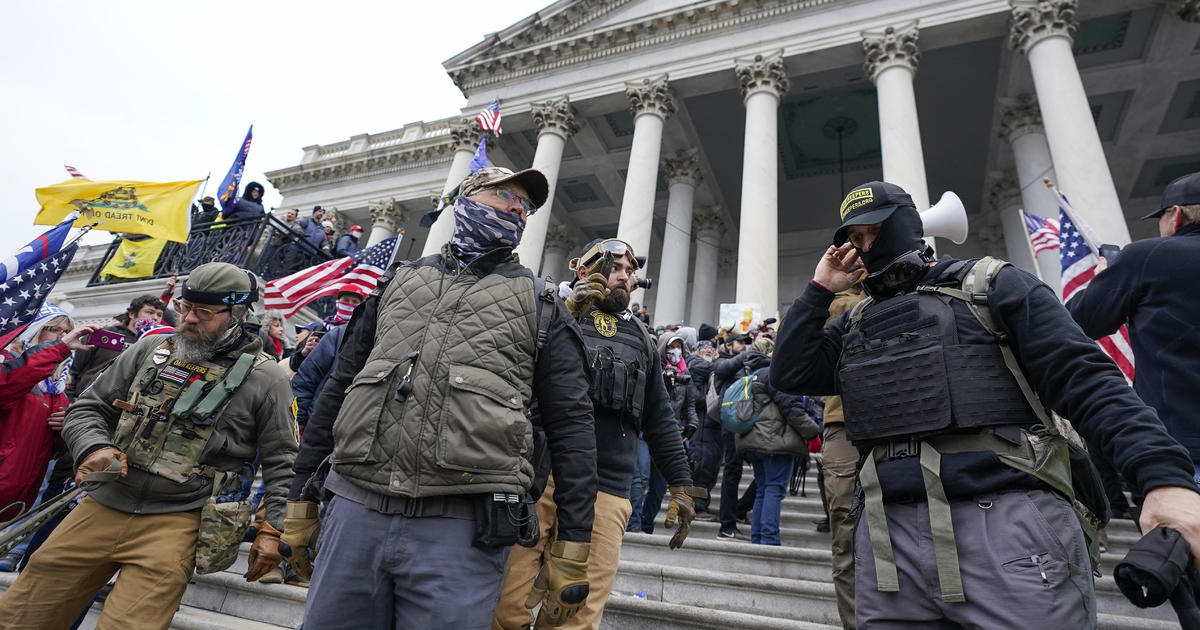 – Washington A defendant in the high-profile Oath Keepers seditious conspiracy trial dismissed incendiary communications prosecutors say he sent in the days preceding the Jan. 6 attack on the Capitol as “ridiculous” and told jurors he had no role in the riot, attempting to refute the government’s evidence that was presented in court on Tuesday.

Thomas Caldwell, one of five defendants currently on trial for seditious conspiracy, took the stand in his own defense to convince the Washington, D.C. jury that he had no intention of disrupting the peaceful transfer of power from then-President Donald Trump to then-President-elect Joe Biden on Jan. 6. In addition, he claimed that several unpleasant health concerns, such as persistent back and hip problems, precluded him from posing a threat that day.

Under questioning from his defense attorney, David Fischer, a 68-year-old Virginia resident who described himself as a “walking disaster” due to his health, said he first became acquainted with the far-right Oath Keepers group in the days following the 2020 presidential election, eventually inviting members of the group to stay at his farm before a November 2020 pro-Trump rally and acting as a “tour guide” of sorts for the group at various times in Washington, D.C.

Caldwell and his co-defendants, including Oath Keepers founder Stewart Rhodes, are accused of conspiring to use force to obstruct the peaceful transfer of power, collecting weapons in a Virginia hotel and coordinating their actions during the attack. Caldwell, a Navy veteran and former FBI employee, and the four members of the Oath Keepers have pled not guilty to all counts, and Caldwell maintains that he was not an Oath Keepers member despite having frequent contact with the group between the 2020 election and January 6, 2021. Caldwell is not accused of physically invading the Capitol.

Oath Keepers on the East Front of the United States Capitol on January 6, 2021 in Washington. Manuel Balce Ceneta / AP

The government has accused Caldwell, one of the first high-profile individuals to be arrested after the riot, of coordinating multiple failed attempts to use a boat to transport weapons from the group’s Virginia hotel base into Washington, D.C., and has shown the jury messages between Caldwell and another Oath Keepers member discussing this very topic.

Caldwell stated on Tuesday, under direct examination by his attorney, his reaction to the purported marine plan: “Whose crazy freaking idea is this?” He told the jury that on January 6, he and his wife Sharon, who testified in court on Monday, came to Washington, D.C. to hear Trump speak.

He testified that the couple ascended the inaugural scaffolding outside the Capitol that day and were “taking it all in.” And when asked about the numerous incendiary and violent messages he sent – some of which allegedly advocated for violence against then-Vice President Mike Pence, Nancy Pelosi, and members of Congress – Caldwell told the jury that his language was excessive, but that he was acting “a little bit goofy.”

Caldwell proceeded to argue under cross-examination by Assistant U.S. Attorney Louis Manzo that his violent texts amounted to nothing more than angry hyperbole and not invitations to act violently.

The prosecutor showed Caldwell some of his most threatening tweets from the time, which included “hunting” ANTIFA, their capacity to burn down Congress “if [they] chose to,” and “executing certain traitors.”

The reference to “hunting” was a euphemism for surveillance, Caldwell testified on Tuesday. The gang did not burn down Congress because they did not want to, he continued, emphasizing the “if” in a letter prosecutors claim he sent. Caldwell stated that the statements about murdering traitors were “extreme,” but they were sent between those who understood not to take his violent words seriously.

Many of the texts handed to the jury on Tuesday were previously part of the government’s evidence file, but were presented again once Caldwell decided to testify.

According to a second message revealed in court, Caldwell and another individual discussed their desire for Pence to overturn the election results on January 1, 2021.

“If he intends to live till Friday, he must stand up,” Caldwell allegedly responded, according to prosecutors. Tuesday, when challenged with the message in court, Caldwell defined it as “joking” and stated that the recipient was aware that it was done in joke.

According to other communications revealed in court on Tuesday, after the events of January 6, the defendant termed the day “a nice time” and discussed a “attack” on the Capitol.

Tuesday, Caldwell fired back, “This is a gross exaggeration, much like the accusations against me.” It was one of the instances in which he used an agitated tone and responded rapidly to the prosecutor’s questions. At one point, he laughed about a message he received that discussed violence against Democrats and exclaimed, “What an idiot!” about the message’s author.

Caldwell stated he did not conspire against the Congress, did not coordinate sections of the Capitol break-in, and was not a member of the Oath Keepers, despite the dispute over the communications and the use of violent language, which he disregarded.

He was the second of the five defendants on trial to take the witness stand. A typical argument for the Oath Keepers on trial, Rhodes said last week that he never intended for the group to really enter the Capitol as some of them did, but rather to provide security that day.

“Our goal was to ensure that nobody got caught up in the Charlie Foxtrot around the Capitol,” Rhodes testified last week. However, prosecutors asserted that their evidence demonstrates that he and his co-defendants participated in a months-long plot to use force to keep Trump in power.

Prosecutors and Rhodes battled over interpretations of messages and communications, with his attorney rejecting the inflammatory and violent language as “bravado”

The trial for seditious conspiracy is currently in its seventh week, and final arguments are anticipated within the next several days.