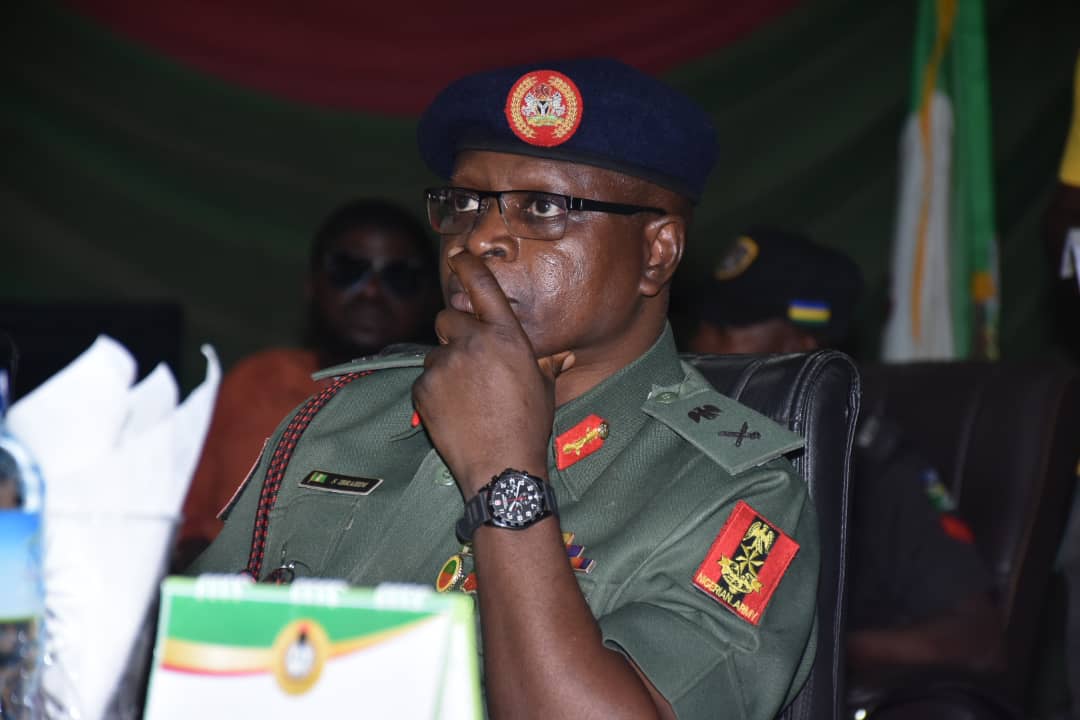 The management of the National Youth Service Corps, NYSC has
disclosed that the Scheme is now determined more than ever before to plug all the loopholes and prosecute anyone found complicit in the mobilisation of unqualified graduates for national service.

According to a statement by the Director, Press and Public Relations of the Scheme, Mr Eddy Megwa, the Director-General of the NYSC, Major General Shuaibu Ibrahim disclosed this during the maiden meeting of NYSC Management with Registrars of Corps Producing Institutions in Nigeria held in Abuja.

The meeting with the theme; “Appreciating the Role of Registrars as Fulcrum in the Mobilisation Process“, was conveyed to seek ways of eliminating flaws in the NYSC mobilisation process.

“Gaps have already been identified with a number of resolutions reached on how to eradicate recurrent challenges, but implementation has remained elusive.’

“In schools where Registrars have abdicated their roles to subordinate officers, we have seen various forms of abuses and shortfalls.

“This has given rise to occasional mobilisation of unqualified persons, many of whom have been detected by NYSC field officers”, he said.

General Ibrahim stated further that the meeting was part of enlightenment for key officers to rise up to their responsibilities adding that ignorance is no stranger to the law.

The DG said that the establishment of NYSC Radio and Television Stations was part of the Scheme’s plan to give more enlightenment to NYSC issues including penalties and offences that attract jail term, while the stations would also be used to disclose the identity of offenders after being declared guilty by the court.

He appealed to Nigerians to support the establishment of NYSC Trust Fund which has enjoyed tremendous goodwill at both the green and red chambers of the National Assembly.

He said upon actualization, NYSC media outfits would transparently show Nigerians the benefits and impacts of the on fund youth development.

Achieving a desired goal
In her introductory address, the Director, NYSC Corps Mobilisation Department, Mrs Victoria Ango said the mobilisation exercise was a joint function which must be free from all forms of defects to guarantee the desired outcome.

She added that the desire of the Management to engage the Registrars of Corps Producing Institutions became manifest when most institutions, both local and foreign, sent people to NYSC programmes with little or no stake in the managerial interest of the schools.

“Such representatives have often been vulnerable to little temptations and perks of office which translate to serious abuse”, Ango said.

The Special Guest of Honour at the meeting, the FCT Minister, Alhaji Muhammed Musa Bello, who was represented by the  Mandate Secretary/Chairman, NYSC FCT Governing Board, Hajiya Hadiza M. Kabir said that the credibility of the NYSC Mobilisation process was crucial to the deployment of Corps Members into all sectors of the economy, which invariably translated to quality service delivery for national development.