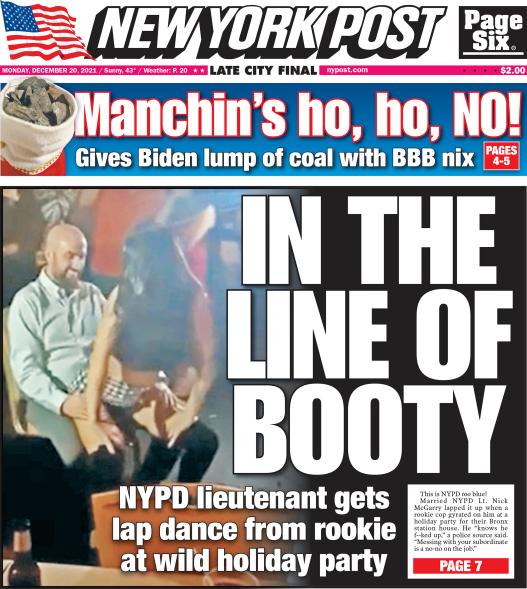 These are very striking photographs!

Bronx rookie policeman Vera Mekuli, who made waves last year for giving a lap dance to a superior at a Christmas party, is melting Instagram with steamy photos of herself costumed as DC Comics villain Harley Quinn.

Next to her black Subaru WRX STI, 27-year-old Mekuli posed while sporting harlequin makeup, fishnet stockings, and a huge mallet, exactly like the anti-hero.

In one one, she is standing in front of the car and facing the camera, while in another, she is kneeling at the rear of the Subaru, which is equipped with a spoiler.

Mekuli uploaded three images to Instagram with the remark “Trouble has never looked so good.”

The racy photographs caused her fans to overheat.

The previous year, Mekuli made news for giving a superior a lap dance at a Christmas dinner.

“Best officer ever,” wrote another.

However, not everyone was impressed by her suggestive photographs.

“I have no idea how this man is still an officer,” one wrote. Someone else said, “People like her make the work a joke…. Is this appropriate behavior for a police officer? What is this if someone is struggling for his or her life?”

Mekuli was suspended earlier this year after complaining about the arrest of a family member.

It is unknown whether the police officer intends to launch a modeling career or create an OnlyFans account, as admirers urged her to do last spring when she shared another provocative photo.

If any of her 23,000 followers like to assist her financially, they may find her Venmo and Cashapp details on her Instagram profile.

“She hired me for a picture shoot just now. The photographer TJ Connors told The Post that was it. He refused to share any details on the shoot.

Connors stated that he charges $80 for 10 photographs.

Mekuli got into trouble a year ago at the 44th Precinct’s annual Christmas party when she was captured on tape performing a lap dance with married Lt. Nick McGarry. McGarry was transferred to the transit bureau while the NYPD launched an investigation.

She then expressed regret and that she was unaware McGarry was married.

In May, Mekuli was suspended without pay after complaining at a New Jersey state police barracks about a family member’s arrest for drunk driving.