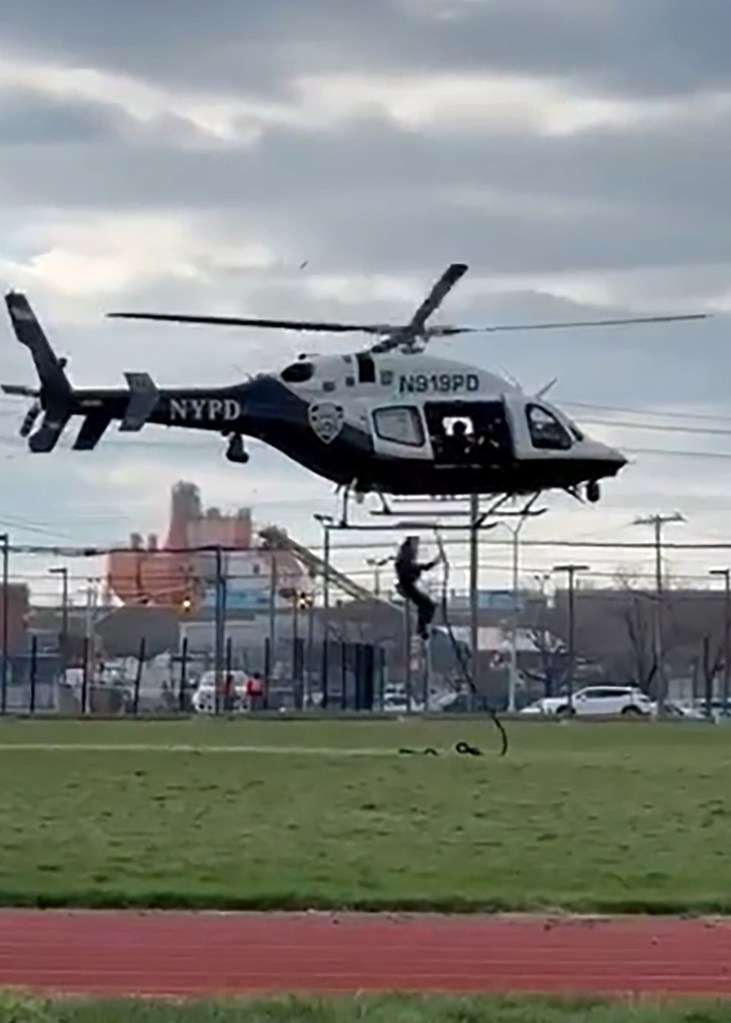 A NYPD detective was released from the hospital eight days after surviving a terrible fall from a helicopter during police academy training in Queens.

The investigator smiled broadly and waved to well-wishers as he was brought out of Jacobi Medical Center on Friday, as captured on camera.

The officer is fortunate to be alive after falling from a helicopter while clinging to an unsecured rope on December 1 during training at the police school.

The demonstration was part of a meeting held by the NYPD Hostage Negotiating Team.

The fall “split his leg in half,” according to the police.

At 11:20 a.m., a video obtained by The Post shows the police officer grabbing onto a rope to descend from the helicopter.

A video obtained by the Post on December 1, 2022 depicts an NYPD detective falling from a helicopter during training at the Queens police academy.

The NYPD detective is fortunate to be alive after falling from a helicopter while clinging to an unsecured rope on December 1 during training at the police school.

However, the rope either fell loose or was not tied to anything, sending the officer plummeting 15 to 20 feet to the earth.

»NYPD detective discharged from hospital after a helicopter crash«