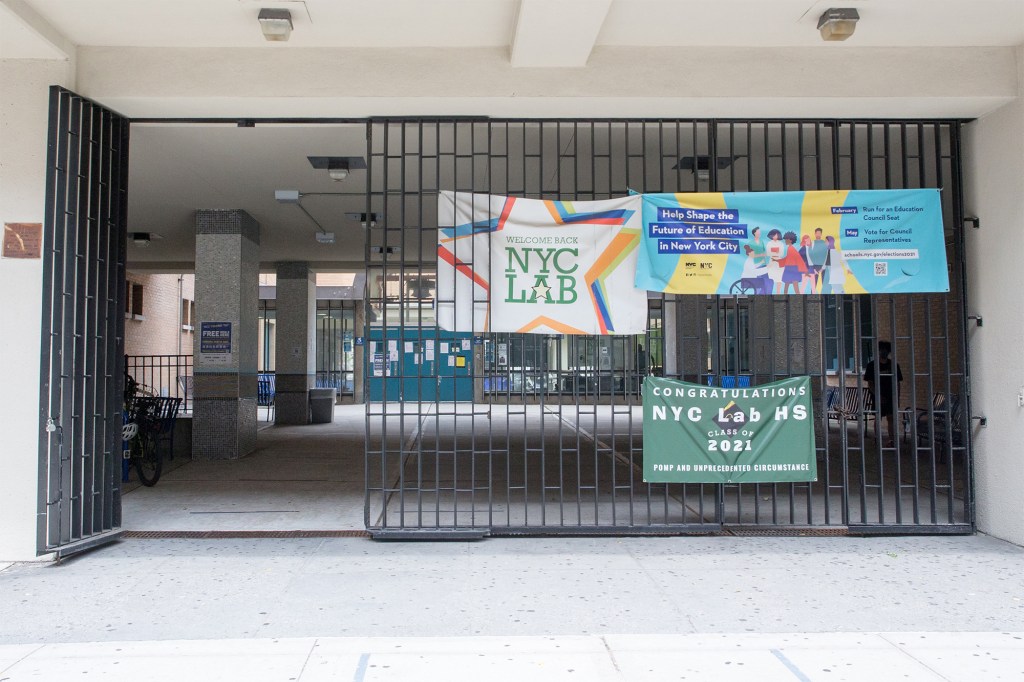 A parent advisory council at a high-performing school district in Manhattan has criticized its superintendent for eliminating all middle school academic screenings.

Last week, the District 2 Community Education Council cast a rare 8-3 vote of no confidence in superintendent Kelly McGuire after she submitted a plan to rely solely on a city Department of Education lottery to select students at random for middle schools — a plan one critic derided as “DOE Powerball.”

The parent panel appears to have taken the toughest action in the city in reaction to the admissions decision, and is the only known group to take a stance against its superintendent.

Opponents of McGuire allege that he disregarded community input, particularly that of the education council, prior to making the decision. And now they fear that removing factors such as grades and test scores would decrease academic rigor and drive more families to quit or relocate from public schools.

The opponents also said that McGuire’s wife, a local college professor, had openly backed the lottery method. The Daily News published a commentary she co-authored the day before McGuire announced his decision; nonetheless, their relationship was not known to some parents.

Along with a resolution rejecting McGuire’s decision, the vote of no confidence has further divided parents in a district where a rift already existed.

However, McGuire’s defenders claim that he has been responsive and is offering an application process that is more egalitarian and less cutthroat. Several pro-McGuire parents think that the CEC is launching personal attacks on him, including the allegation of marital discord.

This year, Schools Chancellor David Banks authorized each of the Big Apple’s 32 district superintendents to determine their own middle school admissions process, after the city halted selective admissions in favor of a lottery system during the COVID-19 epidemic.

Vice-president of District 2’s education council Kaushik Das, a critic of McGuire and his plan, referred to the system as “DOE Powerball” and, along with others, demanded that Banks intervene and halt the lottery scheme.

“He could have offered us screening schools in addition to designated schools with lottery and sibling preference,” said Robin Kelleher, recording secretary and member of the district council. He could have granted everyone’s requests.

“He did not require mutual exclusivity. We could have coexisted in peace,” she said, accusing McGuire of putting opposing parties against one another.

According to last year’s ELA and math test results, District 2 features some of the highest-performing pupils in the city.

Kelly McGuire, the superintendent of D2, made the admissions decision that has split parents.
YouTube

Banks, who has shown his support for high school admissions that reward student accomplishment, addressed a letter to District 2 parents supporting McGuire’s decision.

During this month’s controversial CEC sessions, some parents agreed with Banks.

Gavin Healy, who has a fifth grader in the district, praised McGuire on Tuesday for “putting the needs of all of our children in District 2 at the forefront”

Healy stated, “I believe Superintendent McGuire has led our district with honesty, compassion, and tremendous sensitivity to the needs of families in District 2.”

He described the vote of no confidence as excessively unjust and as including “baseless charges.”

Jennifer Gravel, another parent, said that a screening system would subject children to “superficial judgment” and “severe stress.”

Gravel stated, “My seventh grader attends a racially, economically, and culturally diverse school where she is receiving an excellent education.” “Removing the screen entrance procedure and increasing the academic rigor of all public schools is the first step in resolving the public school system’s profound disparities.”

However, Yi Shu, a parent, argues that the lottery method is unjust to high-achieving pupils.

“As a member of a minority, the lottery-based admittance denies my hard-working children a fair opportunity to join a school that may suit their academic demands,” Shu said. “At the same time, affluent families might enroll their children in screening-based private schools. How fair or equitable is this?”

Judith Kafka, a professor of educational studies at Baruch College, and Adam Wilson, an educational researcher and public school parent, argued in an Oct. 25 opinion piece that academic screenings for middle school students are “exclusionary” and have contributed to New York City having “one of the most segregated public school systems in the United States.”

The Clinton School is one of the district’s additional middle schools.
Christopher McDermott

The co-authors highlighted a survey they did in District 15 in 2021 about the lottery method and concluded that, in general, parents prefer the lottery system. Before moving to District 2, McGuire worked as an assistant superintendent in District 15.

According to Kelleher, the opinion piece reveals that McGuire entered the district intent to eliminate academic screenings regardless of what parents informed him.

Kelleher stated, “To be clear, I don’t believe he is a horrible guy.” However, I believe he depends more on his family’s or his own personal ideas than on the opinions of all district families.

Sonal Patel, another parent, responded to the criticism during the Tuesday meeting.

She stated, “The legal experts on this call should be aware that there is no conflict of interest since Mr. McGuire and his wife happen to agree on education policy.”

McGuire sent The Post’s queries to the Department of Education, which distributed the letter from Banks to parents.

McGuire stated during a CEC meeting on November 9 that he had proposed a solution to parents who desired academic screenings: the implementation of an honors math program beginning in sixth grade and Regents-level science and math courses beginning in eighth school.

“This strategy does not limit our capacity to introduce accelerated or more rigorous work in other subject areas,” McGuire explained. “We must ensure that we are accommodating to all pupils in our schools.”

Susan Edelman, a reporter, contributed to this article.