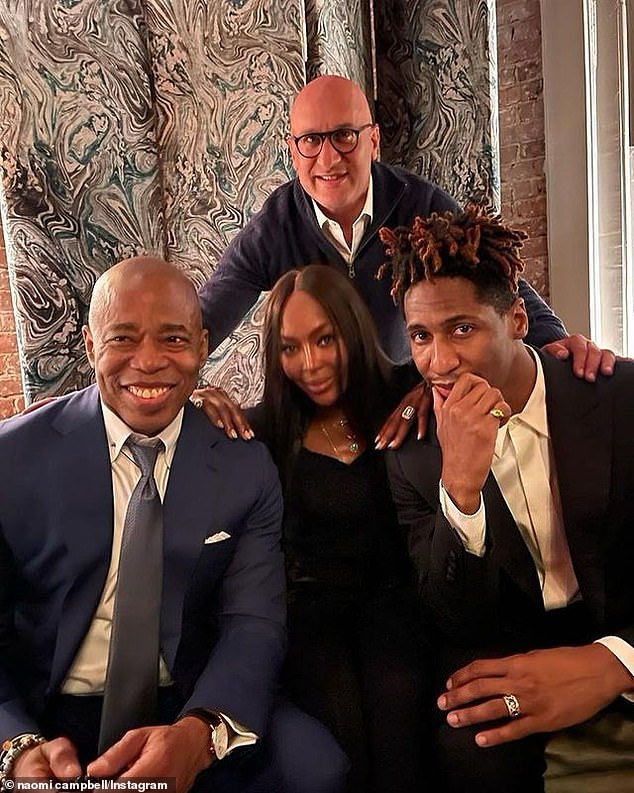 MET board members are typically high profile philanthropists and politicians but Adams, who is a frequent visitor to Zero Bond, appointed its founder Scott Sartiano, 47, as his mayor’s liaison to the board last February.

He will be responsible for delivering messages between the museum and City Hall, Politico Pro reported.

Sartiano, who operates the Zero Bond nightclub that Adams held his election night victory and was spotted at last week with supermodel Naomi Campbell and singer Jon Batiste, appeared as a surprise pick given he has no government experience unlike his predecessors.

Ken Sunshine, founder of the Sunshine Sachs public relations firm that represented Leonardo DiCaprio and Ben Affleck, served as the liaison for former Mayor Bill de Blasio. Sunshine had also served as chief of staff in 1990 for then-mayor David Dinkins, as well as an advisor to former Governor Andrew Cuomo.

Before Sunshine was Republican heavyweight Gail Hilson, who served as the liaison for Michael Bloomberg and had co-led the Women’s Coalition for Giuliani in 1989 to help then-mayoral candidate Rudolph Giuliani.

While the previous appointees had built up years of work with NYC mayors, Sartiano’s only mayoral connection is Adams, who had also named the club owner as member of his transition team following his victory last November.

The mayor’s office and Sartiano did not immediately respond to DailyMail.com’s

Sartiano, a Columbia University graduate, has founded three clubs in the city since 2002: The Butler Group, the Broken Coconut and the Zero Bond, which charges $3,000-a-year for membership and has been a favorite of Adams’ since he began running for mayor last year.

Adams was pictured at the restaurant in September 13, 2021, taking photos with TikTok stars Charlie and Dixie D’Amelio as he sought to win over young voters while discussing economic recovery in the city’s nightlife, Page Six reported.

Before that, he was seen holding a campaign event to rally supporters at the restaurants on September 11.

Adams was spotted again at the club last week, where he partied with supermodel Naomi Campbell and Grammy award-winning singer Jon Batiste as the trio also took pics with Sartiano.

Campbell, posting about the gathering on her Instagram account, said: ‘#Embracing the Big [Apple] what a welcome!!! and meeting of the minds..@nycmayor @aryehbourkoff @jonbatiste.’

The group allegedly discussed ‘everything from philanthropy to fashion and music’ while they dined at the exclusive NoHo hotspot, insiders told Page Six.