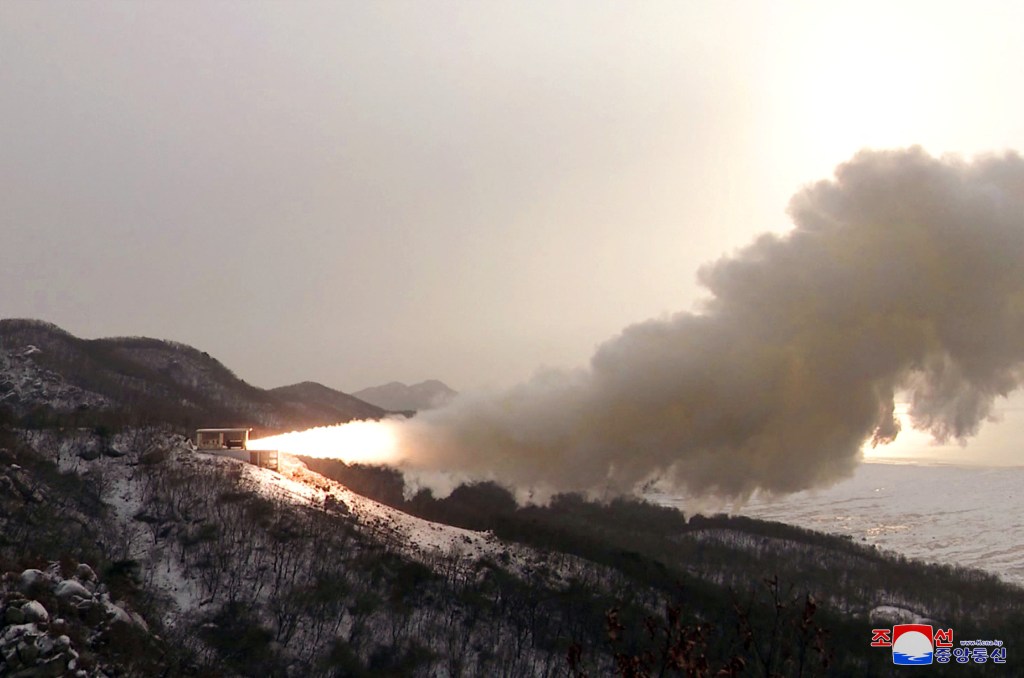 As it attempts to build a new strategic weapon and accelerates its nuclear and missile programs, North Korea has conducted tests of a high-thrust solid-fuel engine that, according to experts, would enable ballistic missiles to be launched more quickly and mobilely.

The test, supervised by leader Kim Jong Un, was performed on Thursday at North Korea’s Sohae Satellite Launching Ground, which has been used to test missile technologies, such as rocket engines and space launch vehicles, according to the official KCNA news agency.

Given the thrust of the engine, which the North claimed was “the first of its kind in the country,” experts believe the test was intended to construct a new solid-fuel intercontinental ballistic missile (ICBM).

North Korea has been attempting to produce additional solid-fuel missiles that are more stable and can be launched with minimal notice or preparation.

Professor of international studies at Ewha University in Seoul, Leif-Eric Easley, remarked, “Compared to liquid-propellant weapons, solid-fuel missiles are more mobile, quicker to fire, and simpler to conceal and employ during a battle.”

Kim Jong-un observes the test from a vantage point distant from the test pad.

“We cannot rule out the likelihood that North Korea could test-fire an intercontinental ballistic missile with a new solid-fuel rocket next year,” Lim added.

The development of a solid-fuel ICBM was one of the five military objectives outlined at the North’s main party gathering last year.

Kim stated, according to KCNA, that “another key obstacle in carrying out the five priority tasks” had been successfully resolved, and that he expected “another new-type strategic weapon to be produced in the shortest time possible.”

In one of the photographs posted by KCNA, Kim can be seen grinning while holding a cigarette in one hand, with a massive cloud of smoke visible behind him.

Kim Jong-un smiles while smoking a cigarette, engine exhaust visible in the background.

Despite international bans and restrictions, North Korea has undertaken an unprecedented number of missile tests this year, including one ICBM capable of hitting the U.S. mainland.

According to a new assessment by the Center for International and Strategic Studies (CSIS) of the United States, commercial satellite imagery reveals the development of what seems to be a horizontal engine test stand at the Sohae station, which would enhance the facility’s capabilities.

“We are concerned about the North Korean media report and are monitoring its operations,” a South Korean official in charge of inter-Korean issues at the unification ministry said.

The most recent nuclear test occurred while the head of the International Atomic Energy Agency, Rafael Grossi, was in Seoul for talks with South Korean officials, during which he pledged to make every effort to halt North Korea’s nuclear development.

During his discussion with Grossi, South Korean President Yoon Suk-yeol voiced alarm over North Korea’s “race” to progress its nuclear and missile programs, and he called for the United Nations agency’s assistance to dissuade Pyongyang from engaging in future provocations.

The North has finalized preparations for a probable nuclear test, which would be the first since 2017 according to South Korean and American authorities.