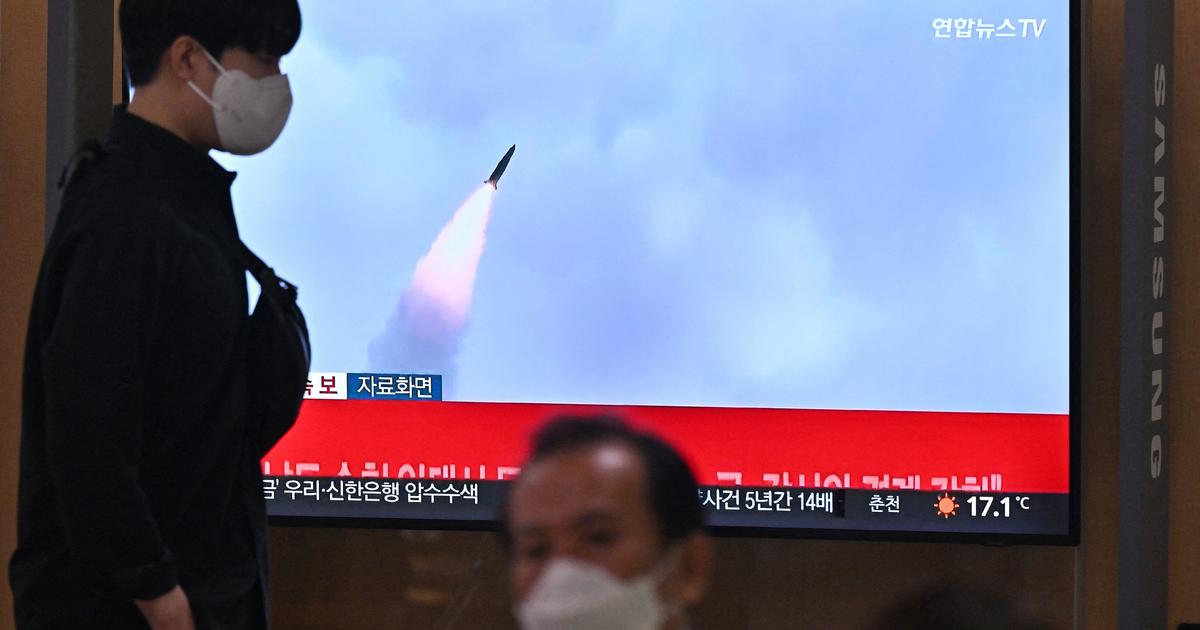 North Korea test-fired two short-range ballistic missiles on Saturday, according to its neighbors, marking the fourth round of weapons launches this week that elicited swift and loud criticism from its adversaries.

In an unusually strong rebuke of North Korea’s weapons programs, South Korean President Yoon Suk Yeol stated that North Korea’s “obsession” with nuclear weapons exacerbates the suffering of its own people, and he warned of a “overwhelming response” from the South Korean and U.S. militaries if such weapons were used.

Yoon stated during an Armed Forces Day ceremony that North Korea has not abandoned its obsession with nuclear weapons and missiles despite persistent international objections over the past three decades. The development of nuclear weapons will exacerbate the suffering of the North Korean people.

Yoon stated, “If North Korea attempts to use nuclear weapons, it would meet a decisive, overwhelming response from the South Korea-U.S. alliance and our military.”

At a train station in Seoul on September 29, 2022, a man passes by a television displaying a news program with archive footage of a North Korean missile test. JUNG YEON-JE/AFP courtesy of Getty Images

Kim Jong Un, the leader of North Korea, has said that Yoon’s government is headed by “confrontation maniacs” and “gangsters,” thus Yoon’s remarks could irritate him. Kim has already rejected Yoon’s offers of substantial help and support in exchange for denuclearization.

This week’s North Korean testing frenzy is viewed as a response to recent naval exercises between South Korea and the United States, as well as their other training including Japan. North Korea regards these military maneuvers as a dress rehearsal for an invasion and believes that they demonstrate the United States and South Korea’s “double standards” because they label the North’s weapons tests as provocative.

Saturday, the militaries of South Korea, Japan, and the United States announced that they had detected two North Korean missile launches. South Korea reported that the launches originated in the capital region of North Korea.

The missiles traveled around 350-400 kilometers (220-250 miles) at a maximum height of 30-50 kilometers (20-30 miles) before landing in the waters between the Korean Peninsula and Japan, according to South Korean and Japanese estimations. According to Japan’s vice defense minister Toshiro Ino, the rockets’ trajectory was “irregular.”

The alleged low and “irregular” trajectory of the weapons suggests, according to some analysts, that they were likely nuclear-capable, highly maneuverable missiles modeled after Russia’s Iskander missile. According to reports, North Korea has built missiles similar to the Iskander in order to evade South Korean and American missile defenses and strike important targets in South Korea, including U.S. military bases.

The trajectories of the five more ballistic missiles launched by North Korea on three separate occasions this week resemble those of the missiles discovered on Saturday.

“North Korea’s repeated launch of ballistic missiles is a grave provocation that undermines peace and security on the Korean Peninsula and in the international community,” the Joint Chiefs of Staff of South Korea stated in a statement.

Toshiro Ino, vice minister of defense of Japan, described the launches as “extremely unacceptable,” saying that North Korea’s four missile tests in one week are “unprecedented.”

South Korea, Japan, and the United States conducted their first trilateral anti-submarine exercises in five years off the east coast of the Korean Peninsula on Friday. Four days ago, South Korean and American warships conducted bilateral exercises in the region. This week, the nuclear-powered aircraft carrier USS Ronald Reagan and its battle group participated in both military exercises.

This week’s North Korean missile launches also bookended Vice President Kamala Harris’ Thursday visit to South Korea, where she reaffirmed the “ironclad” commitment of the United States to the security of its Asian allies.

North Korea has conducted a record number of missile launches this year despite delayed nuclear diplomacy with the United States, which experts describe as an attempt to enhance its arsenal. This year, nuclear-armed missiles capable of reaching the U.S. mainland, South Korea, and Japan were among the weapons tested.

In September, North Korea passed a new law permitting the preemptive use of nuclear weapons in certain circumstances, demonstrating its escalating nuclear policy.

South Korean and American officials assert that North Korea has finalized preparations for its first nuclear test in five years.

According to experts, Kim Jong Un eventually intends to use the augmented nuclear arsenal to exert pressure on the United States and others to recognize North Korea as a legitimate nuclear state, which he believes is vital to obtain the easing of international sanctions and other concessions.