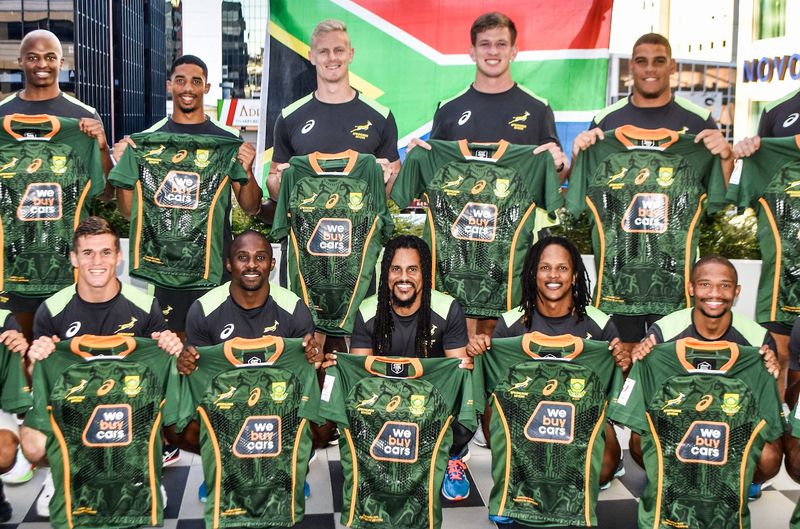 The Blitzboks’ coach, Sandile Ngcobo, has assigned his team three objectives for the New Zealand Sevens event in Hamilton this weekend.

According to Ngcobo, the Blitzboks will remain on track to achieve their long-term aim for the season, which is to qualify for the 2024 Olympic Games in Paris, if they achieve these goals.

Ngcobo made his debut with the Blitzboks in New Zealand in 2016, while the competition was still hosted in Wellington. Seven years ago, South Africa came agonizingly close to capturing the title in the capital of New Zealand, but was ultimately defeated by a last-minute try scored by the hosts.

“This is my first time in Hamilton, but some of the guys have fond memories of their time in New Zealand, along with a few unpleasant ones,” said Ngcobo.

“We’re all aware that New Zealand is a true rugby nation, and it’s not easy to come here and win, but our motto is ‘no excuses,’ and we’re here to do the job.”

Ngcobo, who took over as coach of the Blitzboks following last year’s Rugby World Cup Sevens in South Africa, was pleased with the work accomplished throughout the week as the players returned from their brief holiday break.

Prior to that, they won the World Rugby Sevens Series competition in Dubai before falling in the semi-finals against eventual champions Samoa in Cape Town after extra time. Ngcobo would want nothing more than to see his squad return to the podium this weekend and solidify their position at the top of the World Series standings.

Blitzboks are urged to play for a ‘badge’ on their chests.

After three events, the Blitzboks and Samoa are equal for first place with 47 points, followed by New Zealand and the United States with 44 points, and the Fijians with 40 points, making it one of the tightest starts to a season in a long time.

Instead of focusing excessively on their pool opponents on the opening day (Canada, Spain, and Argentina), Ngcobo noted that the Blitzboks have identified a few aspects they need to improve over this weekend.

Ngcobo added, “We are looking for consistency in performance, finishing our opportunities, and for the guys coming in to quickly get in sync with our plan and execute with the rest of the team.”

This weekend’s completion of our opportunities will be crucial. Looking back at Hong Kong and Cape Town, we noticed that we start things, but don’t finish them. Consistency in performance in this area is key to achieving the team’s long-term objective.

The players have adapted to the new time zone and reintegrated into the team environment following the holiday break, and I believe we have accomplished a great deal of quality work this week in training.

The televised Blitzboks will highlight achievements in Hamilton.

The leader of the Blitzboks is Sandile Ngcobo. Image of Ashley Vlotman

»No justifications for Blitzboks in Hamilton«