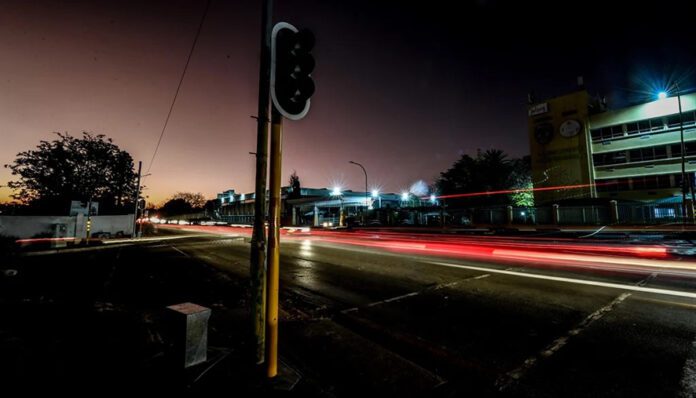 We’re in a bind. Mzansi’s hit for a six. It’s almost like a jinx. The nation lacks power. My neighborhood is submerged in a sea of gloomy impossible by the night.

This is my effort to alleviate the effects of loadshedding. Except that there is no silver lining to the daily rolling blackouts we endure.

It’s been almost a decade, and the situation continues to deteriorate. Clearly, the ruling class is up a creek without a paddle.

They have nothing to show for their elaborate turnaround tactics and elaborate plans.

Eskom’s collapse has been in the works for quite some time.

The nation’s coal reserves are sufficient to fuel the economy for the next century. However, the infrastructure was allowed to deteriorate. When electricity was introduced in ancient townships and new communities, there was little foresight to invest in additional capacity.

Considering that South Africa generates 25% of Africa’s electricity, this is a horrible shame. Small and medium-sized businesses are essential for job creation and economic growth, and we are in desperate need of both.

My heart bleeds for the elderly woman who wakes up at 6 a.m. to bake amagwinya (fat cakes) for her early customers, only to discover that there is a power outage. My thoughts are with the restaurant whose nighttime customers leave their orders due to power outages.

Even the well-known KFC has announced the temporary shutdown of 70 locations due to electrical issues. It appears that running the generator during blackouts is no longer economically viable. The enormously successful American fast food restaurant cannot bear the weight of loadshedding. These jobs were the hardest harmed by the Covid-19 lockdowns until the end of last year. Foreign investment has been wasted.

Every time I am forced to abandon my online work due to network troubles caused by a power outage, my heart stops. Unlike the epidemic, however, loadshedding is man-made and cannot be sanitized or concealed.

Older readers will recall when the country had a plenty of cheap electricity and pylons were even imprinted on apartheid currency. Today, we are the ridicule of neighboring nations and foreigners. They mock and jeer at our dramatic financial downfall. They assert that they anticipated and knew the new regime would fail.

The New Dawn touted in 2017 has turned out to be a mirage, ushering in an era of increased incompetence. Some claim that under Jacob Zuma, things were not as bad as they are now. He must be giggling uncontrollably wherever he is.

However, the reality is that we are indeed in a bind, and those in authority just do not care.

They speak properly but act wrong.

»No funny side to incompetent Eskom«