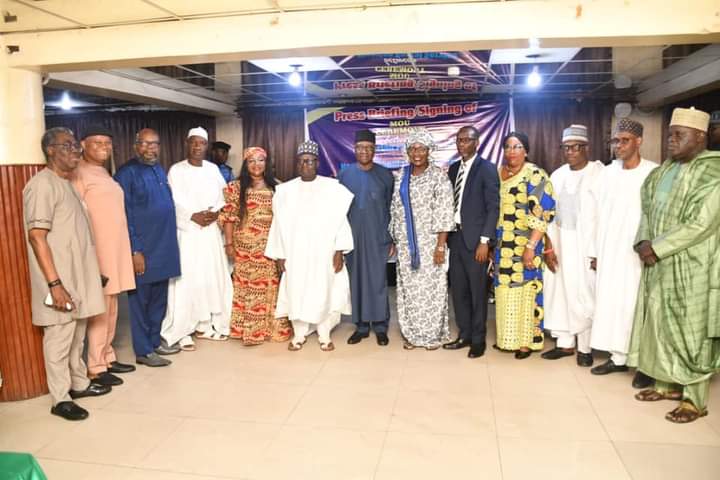 Nigerian Postal Service (NIPOST) is collaborating with the National Population Commission (NPC) for seamless rollout of a digitised postcode for the country.

In view of this both agencies have begun enhancing the initiative, leveraging technology and deploying necessary systems via systematic framework of alpha-numeric characters from state, local government areas, postcode districts, areas and units.

At the Memorandum of Understanding (MOU) signing, in Abuja, Post Master General of the Federation, Dr. Ismail Adebayo Adewusi, pointed out that the postcode “is a critical infrastructure for meeting the United Nations Sustainable Development Goals, including poverty reduction, disease control and provision of basic services such as water and electricity.”

According to him, the digitalized postcode will also facilitate ease of doing  as well as foster an effective healthcare delivery system among others.

Speaking further on the benefits of the postcode system, He said that will this  help security agencies in Nigeria respond faster to emergencies to reduce  banditry, kidnapping, internet scams and other crimes.

“The benefits include Better sorting, delivery of mail and postal services; better response to emergencies by security agencies, thereby reducing crimes like banditry, kidnapping, Internet scams.Other benefits listed were; effective revenue and tax collections; utility bills distribution; enabling entrepreneurs or private business owners to have effective interaction with their clients among others.”

Adewusi further noted that the synergy between NIPOST and NPC ÀQ Area Delineation (EAD) of the Federal Capital Territory (FCT), with the objective of gaining better appreciation of the use of satellite imageries and maps to generate field data, which has proved useful in the further development of the Postcode.

NPC Chairman, Nasir Isa Kwarra, expressed the Commission’s support for the initiative and added that the data collected by the NPC over the years, will assist NIPOST in executing the new project.

“Today, Nigeria like many other African countries lacks a proper addressing system and the country loses out on its economic, social and many other salient advantages considering its population. This gap has to be bridged by creating the much needed state of the art delivery services to the general public within the country, as such the importance of this project cannot be overemphasized.

According to Mr. Kwarra the National Population Commission is delighted to share our data set as primary data for the creation of the postcode area, postcode districts and other entities and to design a digitalized postcode framework to facilitate the sorting and transmission of mall delivery and improve National addressing standards.