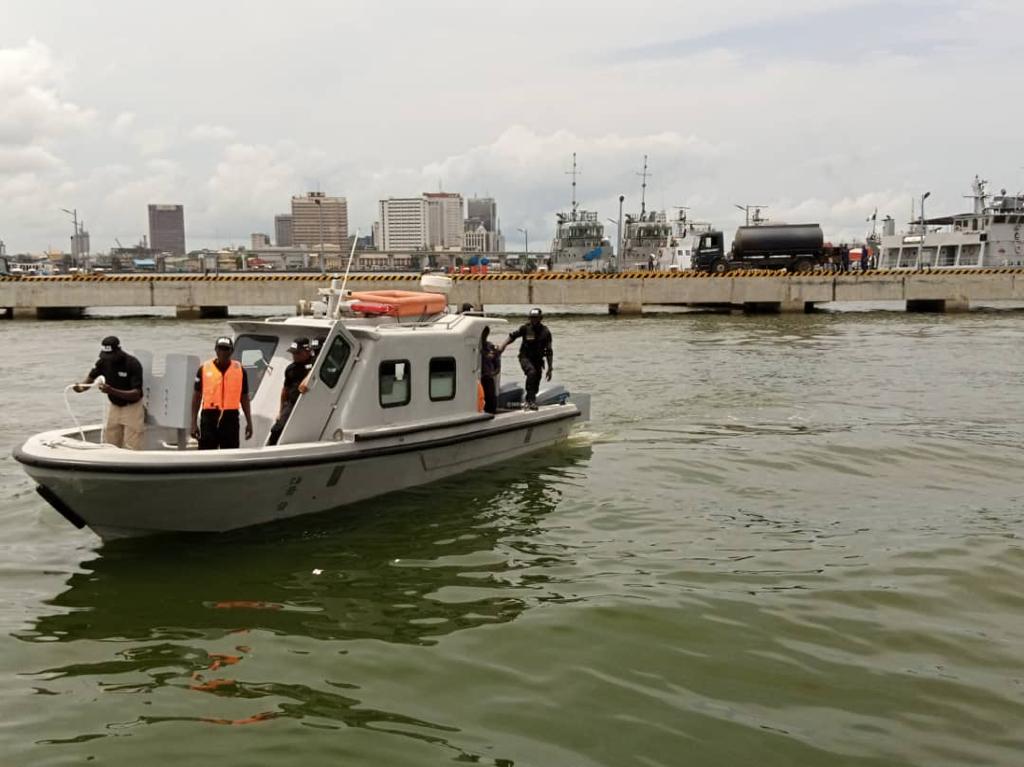 The Chief of Naval Staff Vice Admiral Awwal Gambo, made the handing over in Lagos, Southern Nigeria.

Represented by the Ag. Flag Officer, Western Naval Command, Rear Admiral HUF Kaoje said, the support for the Anti-narcotic Agency was to enhance its efforts to fight the drug scourge and boost its capability to curb illicit drug activities on the waterways.

The Naval chief expressed determination to continue to support the Agency as a major stakeholder in national development.

The Chief Executive of the National Drug Law Enforcement Agency, NDLEA, Brig. Gen. Mohamed Buba Marwa (Retd) while receiving the equipment said that the ongoing synergy between the anti-narcotic agency and other stakeholders especially the military will further tighten the noose on drug cartels and spell doom for their activities in the country.

Gen. Marwa who was represented by the Agency’s Director of Seaports Operations, DCGN Omolade Faboyede expressed confidence that the partnership with the Nigerian Navy will produce more outstanding results in the Country’s fight against narcotic drugs and psychotropic substances.

“We have come to a point where security organisations can longer afford to work in silos. Illicit drug trafficking, as a transnational organised crime, requires the deployment of intelligence and close-knit collaboration with key stakeholders like the Nigerian Navy and other security organisations. In our effort to stem the tide of narcotic drugs, we have gone the extra mile and that includes the pursuit of synergy with organisations in the security sector.”

“This year equally started on an excellent footing. We broke our first quarter operational record with the arrest of over 3,539 suspected drug traffickers (including rogue security personnel and a well-known billionaire baron) and the seizure of more than 65,916 kilograms of drugs.” He stated.

While thanking the Chief of Defence Staff, Gen. LEO Irabor and other service chiefs for supporting the nation’s drug war, Marwa expressed appreciation to the Nigerian Navy under the leadership of Rear Admiral Awwal Zubairu Gambo, adding that “I would like to close with the words of Helen Keller: Alone we can do so little. Together we can do so much.