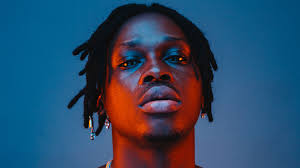 Nigerian musician, Fireboy DML has announced he is set to release his hugely anticipated upcoming album.

Adedamola Adefolahan, known professionally as Fireboy DML, is a Nigerian singer. He is signed to YBNL Nation, a record label founded by Nigerian rapper Olamide. His debut studio album Laughter, Tears and Goosebumps was released in 2019.

The Peru crooner took to his Instagram page to announce it with a post captioned ” now let’s drop this album”
This album will be the hit maker’s third studio album after ‘Apollo’, a seventeen – tracked album that was released in 2022.

He also has featured American singer, Ed Sheeran on his album.