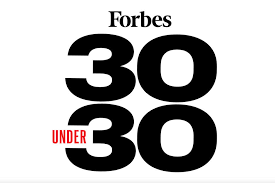 Forbes in their recently released 30 under 30 media and marketing list have announced two Nigerians,  Ada Enechi and journalist Aniefiok Ekpoudoum.

Enechi, the 28-year-old You tube star According to Forbes, “joined the BuzzFeed UK team in 2017”,  and became the  senior video producer and the head of Seasoned – which started as a “passion project” alongside a few colleagues two years later.

” Seasoned as a brand within BuzzFeed UK is geared toward the Black British experience. As the brand’s cumulated over 15 million views across multiple platforms, its led to the launch of multiple partnerships for it, one of which was a summer internship program for Black British students at Birmingham City University.”

Ekpoudom despite resistance delved into journalism after graduation. He is also an award winning writer, researcher and  strategist from South London. He documents and explores British culture.