Skip to content
Home » News » Breaking News » Nicole, who killed 2 in Florida, is in Georgia 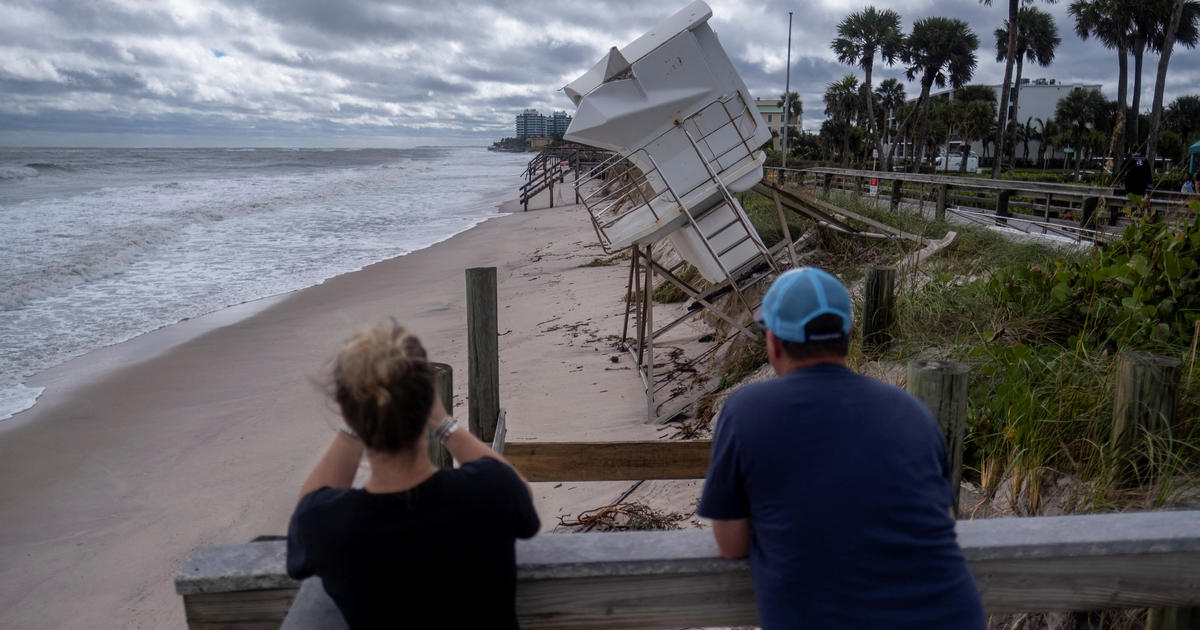 Tropical Disturbance Nicole moved over Georgia on Friday morning following a day of wreaking havoc as a hurricane and then tropical storm in Florida. According to the National Hurricane Center, it was pouring heavy rain over sections of the Southeast.

At least two deaths have been attributed to Nicole in Florida.

The uncommon storm in November could bring up to 8 inches of rain to the Blue Ridge Mountains, according to the center. On Saturday, rain could cause flash floods and urban flooding in the eastern Ohio Valley, Mid-Atlantic, and New England.

The core of Hurricane Nicole is expected to hit central and northern Georgia this morning and the western Carolinas later today, according to the National Hurricane Center. “… Nicole is forecast to transition to a post-tropical cyclone later today, and ultimately dissipate tonight or early Saturday morning.”

Friday morning, around 53,000 homes and businesses in Florida were without power, according to PowerOutage.us.

Nicole spent Thursday across central Florida after making landfall as a hurricane near Vero Beach early in the morning. The East Coast north of there, in the vicinity of Daytona Beach, sustained the most damage. Thursday evening, the storm reached the Gulf of Mexico before heading north.

Nicole caused some residences along the coast of Florida to collapse into the Atlantic Ocean and damaged many more, including hotels and a row of condominium towers. It was another catastrophic blow just weeks after Hurricane Ian struck the Gulf Coast, killing over 130 individuals and demolishing thousands of homes.

Before approaching Florida, Hurricane Nicole made landfall in the Bahamas for the first time since Hurricane Dorian, a Category 5 storm that ravaged the archipelago in 2019.

Jim Carpenter, a maintenance worker at Ocean Club Condominiums in Vero Beach, Florida, places caution tape around an area where storm erosion caused a lookout point to collapse onto the beach during the passage of Hurricane Nicole on November 10, 2022. AP/Rebecca Blackwell

It was the first November hurricane to strike Floridian coasts since 1985, and only the third since records began being kept in 1853.

Before sunrise on Thursday, Nicole covered practically the entire weather-weary state of Florida and extended into Georgia and the Carolinas. In some locations, tropical storm-force winds reached up to 450 miles from the center as Nicole moved north over central Florida.

Michael Oppenheimer, a climate scientist at Princeton University, stated that although Nicole’s winds did minor damage, its storm surge was more damaging than it would have been in the past due to increasing sea levels caused by climate change and the melting of the planet’s ice. Coastal flooding will increase, flow further inland, and occurrences that used to occur once per century will occur almost annually in some locations, he said.

“It is unquestionably part of a larger picture,” Oppenheimer stated. “It will take place elsewhere. It will occur everywhere in the world.

Officials in Volusia County, northeast of Orlando, announced Thursday evening that building inspectors in Daytona Beach Shores and New Smyrna Beach deemed 24 hotels and condominiums dangerous and ordered their evacuation. At least 25 single-family homes in Wilbur-by-the-Sea have been designated structurally unsafe and evacuated, according to county officials.

“Damage to structures along our coastline is unparalleled. “We’ve never seen anything like this before,” County Manager George Recktenwald said during an earlier press conference, adding that it is unknown when evacuated homeowners can return home safely.

According to the Orange County Sheriff’s Office, a man and a woman were murdered by electrocution when they touched downed power lines in the Orlando region. According to the National Weather Service, Nicole also produced flooding well inland, with portions of the St. Johns River at or above flood stage and some rivers in the Tampa Bay area nearing flood levels.

All 67 counties in Florida were in a state of emergency. Additionally, President Biden issued an emergency declaration for the Seminole Tribe of Florida, mandating government assistance for the tribe. Numerous Seminoles inhabit six reserves throughout the state.

Hurricane Ian, which made landfall as a Category 4 storm, destroyed portions of Florida. Throughout the state, Ian wreaked havoc on homes and crops, especially orange orchards, and pushed a 13-foot storm surge ashore, resulting in catastrophic devastation.

»Nicole, who killed 2 in Florida, is in Georgia«