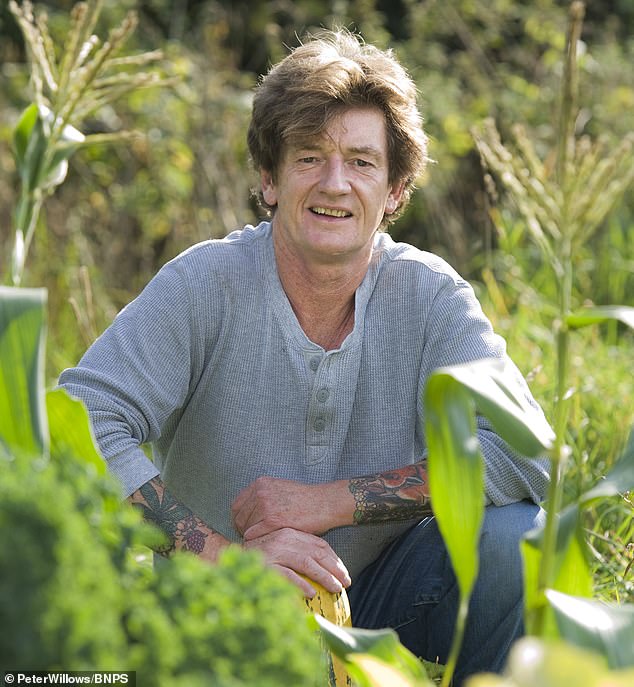 Police are searching for a missing BAFTA-winning screenwriter and celebrity fisherman.

Nick Fisher has not been seen since Tuesday, November 15, at 4.30 p.m., when he left his Dorset home with his Springer Spaniel.

The 63-year-old man who featured alongside Hugh Fearnley-Whittingstall on his Channel 4 show and its spin-off, River Cottage Gone Fishing, is causing the police great concern.

Mr. Fisher, a former EastEnders scriptwriter and author of a murder thriller novel, was last seen in his home village of Hooke, west Dorset, near Beaminster.

Nick Fisher, a BAFTA-winning screenwriter and celebrity fisherman, has vanished, and police are searching for him. Photographed in his kitchen at home in Dorset

With his brown and white puppy in tow, he departed in a silver Nissan Navara vehicle bearing the license plate number YE71 DFA.

The father of four has not been seen or heard from since, and police say his unexpected disappearance is out of character.

Police in Dorset are requesting that Mr. Fisher contact them or that anyone who has seen him come forward immediately.

Dorset Police Inspector David Parr stated, “Nick abruptly departed the area and has not communicated with family or friends, which is out of character.”

“I would urge anyone who has seen Nick, or a guy matching the stated description, to contact Dorset Police immediately.

“Also, I am requesting that anyone who has seen the car traveling or parked in the neighborhood please come forward.

“Finally, Nick, if you read this message, please call us or your family so we can make sure you are safe and sound.”

Mr. Fisher is described as being white, 5ft 9ins tall, with sandy hair color and tattoos on both arms.

Mr. Fisher, a native of East London, rose to popularity in the 1990s with his Channel 4 show “Screaming Reels,” in which he took celebrities fishing throughout Britain.

Mr. Fisher has not been seen since Tuesday, November 15 at 4.30 p.m., when he left his house in Dorset with his Springer Spaniel.

Hugh Fearnley-Whittingstall, a resident of west Dorset, was a devoted fan of the program, and the two became friends.

Mr. Fisher appeared on River Cottage after the show’s premiere in 1999, and the two co-wrote the book River Cottage Gone Fishing in 2007.

Mr. Fisher has had a distinguished career as a writer for numerous television programs, including Holby City and Eastenders.

In 1995, he won a BAFTA for writing a critically acclaimed episode of the comedy drama Moving Story by playwright Jack Rosenthal.

In 2016, he wrote and published his debut novel, Pot Luck, a Weymouth-based crime thriller.

Chris Chibnall, author of Doctor Who and Broadchurch, praised the work as “compelling.”

It was a story of death and family betrayal set in the commercial fishing port of Weymouth.