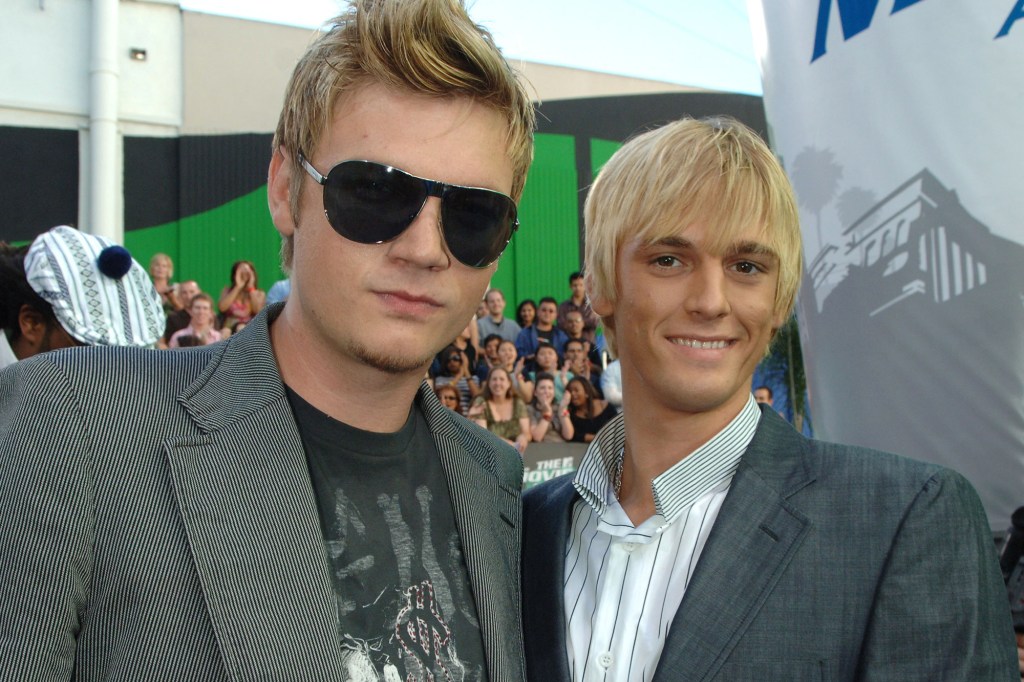 Nick Carter, 42, said on Friday that at “The Songs for Tomorrow” benefit concert, he will perform a song he penned in memory of his late brother Aaron Carter.

Billboard claims that the event, presented by Carter’s sister Angel Conrad and *NYSNC member Lance Bass, would raise awareness for mental health and was partially motivated by the death of the younger Carter at age 34 in November.

“My heart is broken. “Despite our complicated relationship, my love for him has never diminished,” Carter wrote on Instagram after his brother’s death. “I have always clung to the hope that he would one day choose a healthy path and eventually receive the desperately needed assistance.”

The event, organized by Carter’s sister Angel Conrad and *NYSNC member Lance Bass, will raise awareness for mental health and was inspired in part by the death of the younger Carter in November at age 34.

Carter continued, “Sometimes we want to blame someone or something for a loss, but the reality is that addiction and mental illness are the true villains here.”

“On January 18th, Angel Conrad and Lance Bass will host Songs for Tomorrow, with proceeds benefiting On Our Sleeves, the movement for children’s mental health,” reads the concert’s website.

“Inspired by her late twin brother Aaron Carter’s lifelong struggles with mental illness, Angel’s mission is to honor her brother’s memory by initiating a vital and necessary dialogue.”

Nick Carter, 42, said on Friday that at “The Songs for Tomorrow” benefit concert, he will perform a song he penned in memory of his late brother Aaron Carter.

The purpose of Songs For Tomorrow is to teach attendees (and others) how they may contribute to the mission of On Our Sleeves to break the stigma around mental health and raise funding to support all children with their mental health and wellness as they grow up.

In addition to Carter, early-2000s icons such as O-Town, LFO, Ryan Cabrera, B. Howard, and David Archuleta will perform at the performance.

NYSNC members Lance Bass, Joey Fatone, and Chris Kirpatrick, as well as Backstreet Boys members Carter and AJ McLean, are scheduled to perform, with a last surprise performance to conclude.

On January 18, 2023, “The Songs for Tomorrow benefit concert” will be live-streamed.