Skip to content
Home » News » News » Nicholas Evans, author of The Horse Whisperer, has died at 72 after a heart attack 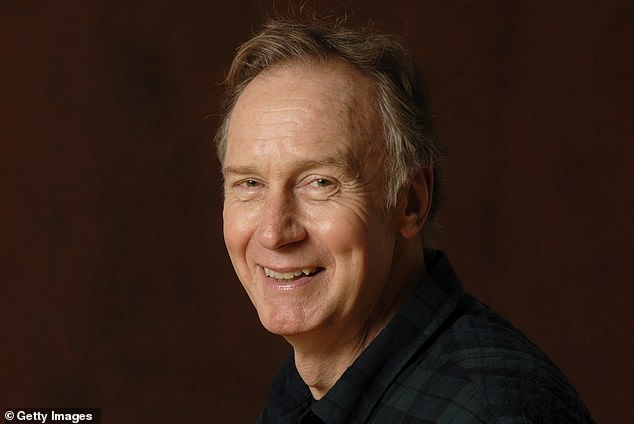 Nicholas Evans, renowned for authoring The Horse Whisperer, died of a heart attack at the age of 72.

The best-selling author, screenwriter, and journalist died unexpectedly on Tuesday, according to his literary agency.

United Agents published a statement this morning announcing the tragic death of famous best-selling author Nicholas Evans, who died of a heart attack on Tuesday of this week at the age of 72.

The Horse Whisperer, which was released in 1995, sold around 15 million copies worldwide and was the best-selling book in 20 countries.

It was Evans’s first book and depicts a complicated and gifted trainer who is recruited to assist a wounded teenager and her horse recover from catastrophic injuries.

The novel was adapted for the big picture three years later by Hollywood icon Robert Redford, who played the main character, and Scarlett Johansson, in her debut performance, as teenage rider Grace MacLean.

Dell Publishing agreed to pay 3.15 million US dollars (£2.1 million at the time) for the rights to distribute the film in North America.

Born in Worcestershire in 1950, he attended Oxford University to study law before graduating with first-class honours.

Before switching to television, he was a journalist at the Evening Chronicle in Newcastle.

Evans created films on US politics and the Middle East for Weekend World, a current affairs programme.

In the 1980s, he produced films on Sir Laurence Olivier, Francis Bacon, and David Hockney for The South Bank Show at London Weekend Television.

But when he was living in the south-west of England, he met a blacksmith and learnt about horse whisperers who, according to legend, can cure traumatised horses.

The concept spawned the best-selling book, which has been translated into 36 languages at present.

Writing for The Daily Mail in November 2020 about the book, he said: ‘Usually, writing a novel is like climbing a mountain: it’s slow and arduous and you can easily get lost.

‘But with The Horse Whisperer I could see the story laid out before me, like stepping stones across a river. All I had to do was put one foot in front of the other.

I became aware I was telling an ancient kind of tale — the kind human beings have told each other for millennia.

‘It is about good people being plunged into a dark vortex of pain. In the end, a hand of love reaches in to rescue and uncloud them. Think of the angel saving Daniel in the lions’ den.

‘For the sake of those who have yet to read the book, I won’t say much more. All I’d add is that it isn’t a book about horses. It’s about us, and how easy it is for all of us to get lost and clouded and separated from the things that really matter.

‘And how, if we get lucky, a pure and selfless love can save us.’

Writing about the movie adaptation on his website, Evans revealed that he did not think the second half of the movie ‘worked’,

He said: ‘Although I think Robert Redford did a marvelous job with the horse work and the whole look of the picture (and the acting, of course, was fabulous), I don’t think the second half of the movie really worked.

‘It kind of got itself lost. I don’t think they ever really had the script right before they started shooting and once you’ve started there is never enough time to fix it.

‘The ending, in my opinion, completely missed the point of the book.’

Evans and his family became ill in 2008 after suffering a near-fatal reaction when they ate the deadly webcap mushroom – mistaking it for harmless ceps.

The author, his singer-songwriter wife Charlotte along with her brother and sister-in-law suffered kidney failure and endured dialysis following the incident.

Mr Evans was saved after nearly three years of been on a waiting list when his only daughter gave him one of her kidneys in a live donation.

Evans, then 61, said his daughter’s donation – which took place at Hammersmith Hospital last July – had given him his life back.

It was Evans himself who had picked the mushrooms from his brother-in-law’s 13,000-acre Scottish Highlands estate and then cooked them before serving them up to his family.

He had mistakenly harvested a crop of deadly webcaps while he was staying with his brother-in-law, Sir Alastair Gordon-Cumming, and his wife Lady Louisa.

After sautéeing them with butter and parsley he served them for dinner to his wife Charlotte and hosts. The following day they were all admitted to hospital.

In an interview following the incident Nicholas said: ‘I took the mushrooms back to the house, showed them around and the general comment was, “Fantastic!”

‘So I cut them up and cooked them in butter and parsley. The four adults ate them sitting outside. They tasted slightly bitter but Alastair and I had lots, the two women not so many.

‘Luckily none of the four children [Nick and Charlotte have a six-year-old son, Finlay, and their hosts have three children] wanted to try them.

‘Doctors told us afterwards that if they had, the mushrooms would have killed them.’